Installation means drilling, but once fitted it’s easy to use – and it made me feel like the Red Arrows.

“Smoke on!” When given the opportunity to try the PPG Smoke System (V2) I thought of course, no brainer, I wasn’t going to miss the chance to look and feel like a maverick, even for a few flights!

Mostly used for display or show flying, in theory using and flying with smoke is easy: the system drip-feeds tiny droplets of oil into the exhaust, which then burn up and come out as a big trail of billowing smoke. You then wow the crowd. You can buy specialist smoke oil, but in fact the recommended oil to use is baby oil. Yep, baby oil – it’s kinder on the environment and on any equipment that any residue might get on to.

But what does it take to get the PPG Smoke system installed and used easily in flight? First of all, let’s take a look at the specs of the system. 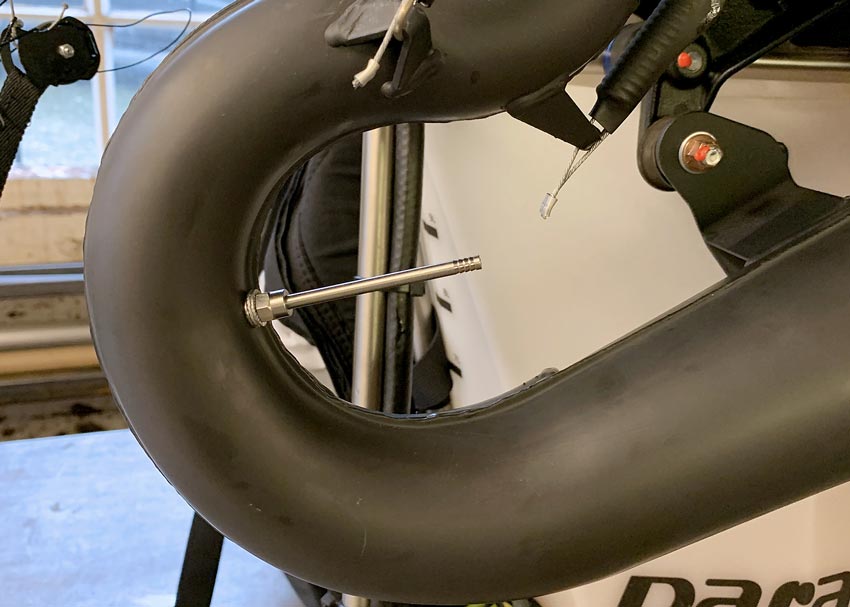 Where I put the inlet jet, slightly further away from the manifold than recommended, but on the inside of the curve to help protect it 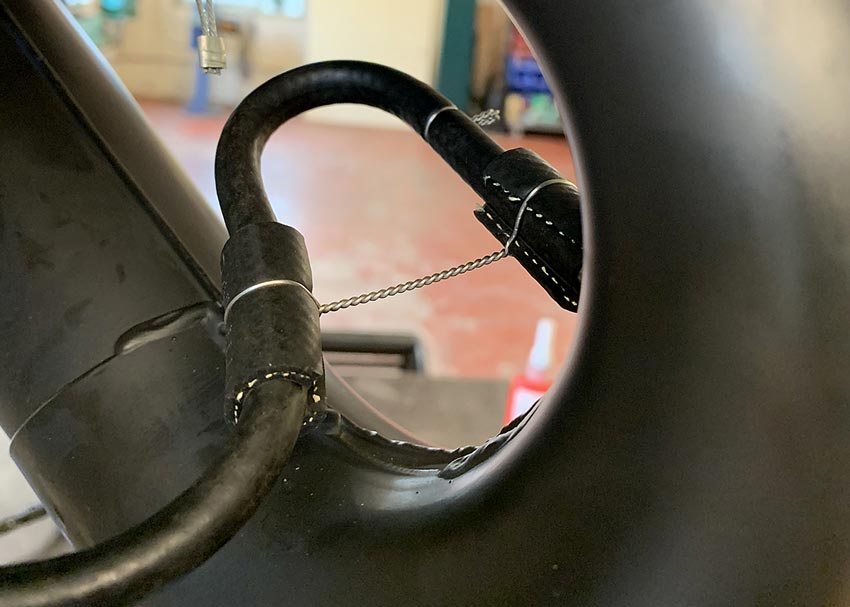 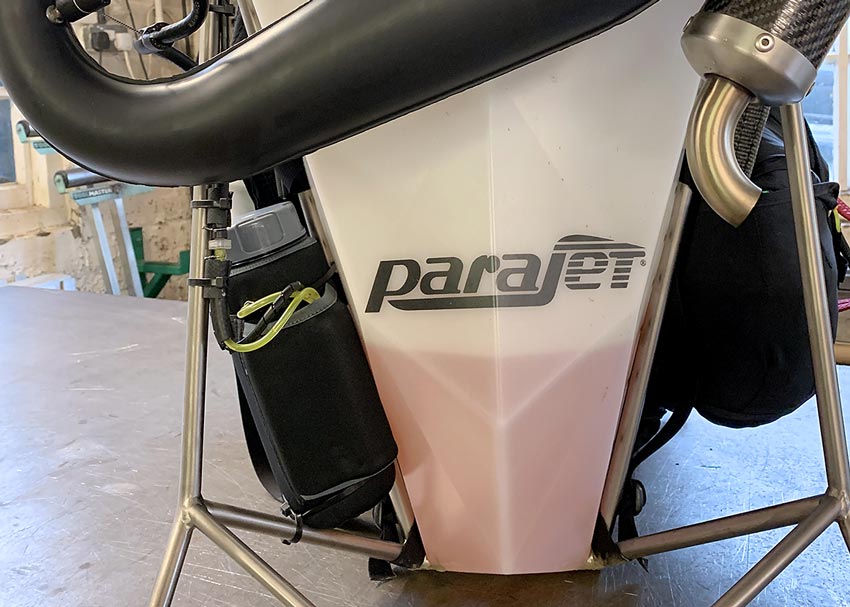 The position of the oil container, held in place with cable-ties

In total the installation took around two hours. However, it would have taken a little less time if we had not been so bothered about the wiring. The cables to the switch can be either routed around the outside of existing throttle cable sheathing or, for a cleaner installation (like I did), on the inside. To install the system, you will need the following:

The manual states that the injection head needs to go approximately 7.5cm from the manifold for optimal use. However, we opted to put it on the inside of the curve of our engine (a Moster 185) – and so slightly further out – so that it was less likely to get snagged and damage itself or the exhaust.

Depending on the type of throttle you have the switch can be cable-tied onto the throttle handle or, if you have a Parajet throttle, it actually has one unused switch space which can be used for this system. This makes the whole system feel more integrated and tidier – it just requires a small amount of drilling out to make the switch fit. 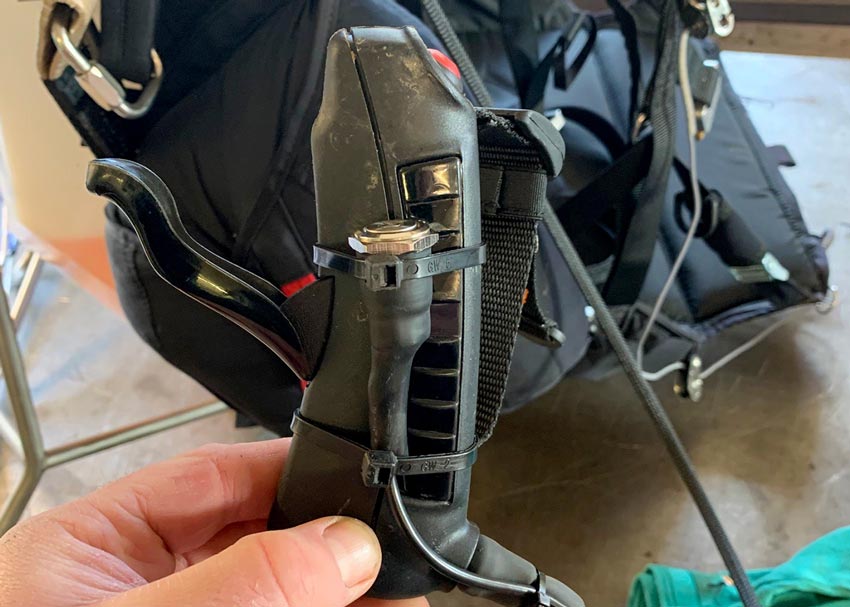 How the on/off switch was initially installed on the throttle handle. I later built it into the throttle cable itself to make it tidier 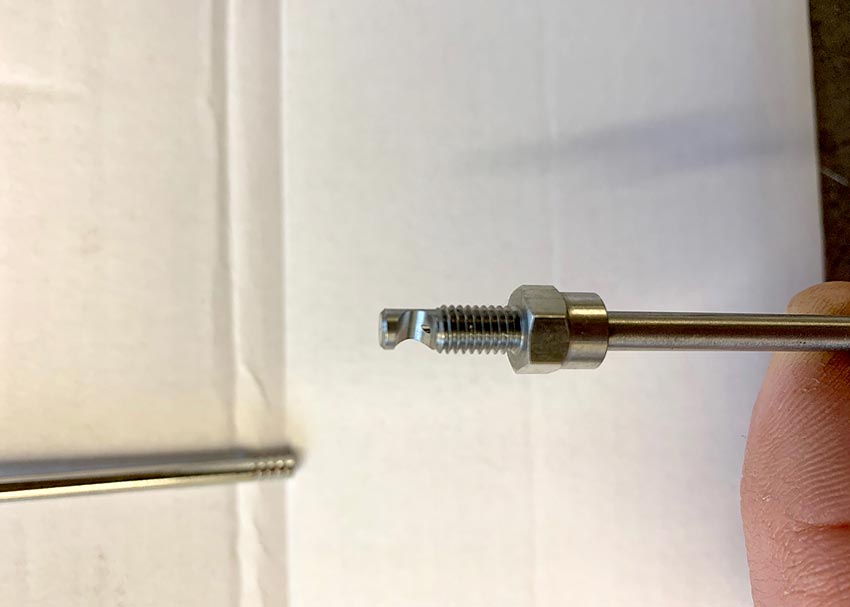 The atomiser style of injector

Once installed the system is really easy to use. Start your engine and warm up so that EGT (exhaust gas temperature) is at normal temperature. A simple push of the button starts the pump and a single push stops it again.

On the system installed for the review the smoke plume was nice and thick and actually slightly better than my friend’s system for some reason, which is installed on a similar engine in the same place.

There’s something pretty magical about launching into a calm summer’s evening with mates and being able to fly alongside and say “Smoke On!” over the radio. Maybe it brings back memories of watching and listening in to the Red Arrows display team as a kid, I don’t know, but it’s pretty cool! 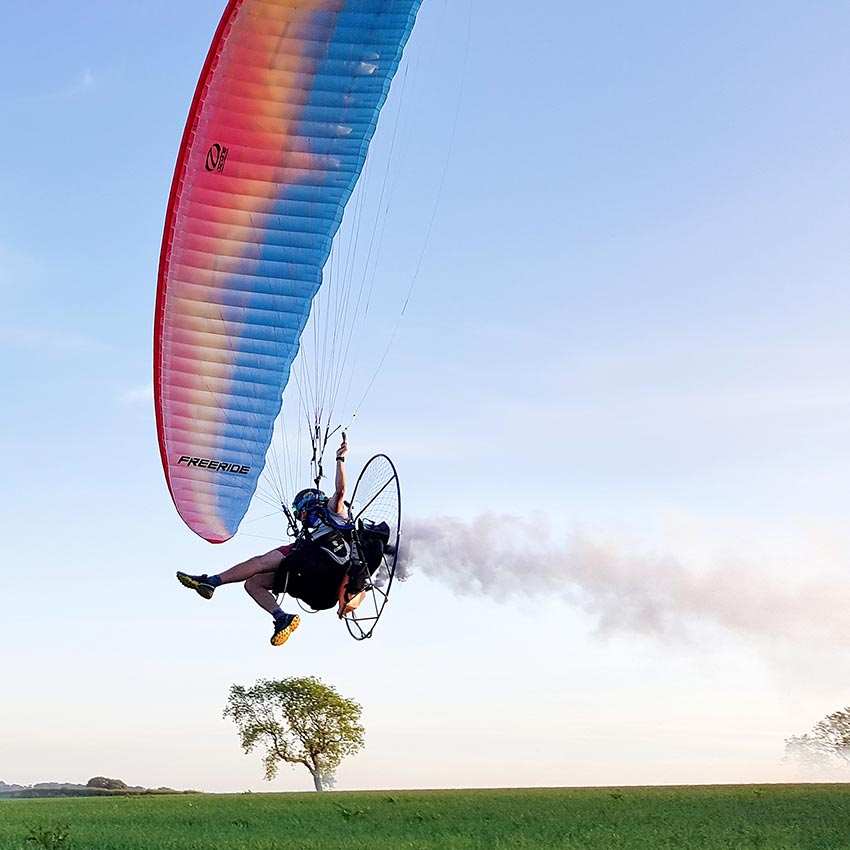 Enjoying the fruits of all the labour

I’ve really enjoyed using the PPG Smoke system, although I know it’s not for everyone. The only downsides are you have to be comfortable with drilling a hole in your exhaust, a little extra weight and you will need to clean your machine more often. If this doesn’t bother you and you want to look super cool then it’s worth it as the kit isn’t too expensive at around $170.00.

HOW TO MAKE THE MOST OF IT

Use the “atomiser” style injector as the smoke will be thicker and you’ll throw less unburnt oil through your exhaust. This is the one that has a small plate under the eyelet.

Try not to fly behind and below anyone using the system. Although the system does a good job of burning most of the baby oil you still get some excess going through the exhaust. We found small oil stains on a wing that positioned itself in the wrong place.

All engines vibrate, so do as we did on installation and use locking wire on anything that might vibrate loose to stop it going through the prop.

Recommended but not included with the kit are cable-ties. The kit comes with Velcro to hold the bottle on but we found that cable-ties held it tighter to the frame.

ppgsmoke.com, $170 plus shipping from USA