With a massive 35-litre storage pocket on the back, plus more under the seat, Kortel's Kolibri Evo is specially designed for overnight adventures
Harnesses and reserves, Reviews

The Kortel Kolibri Evo is a dedicated vol-bivouac paragliding harness and an updated version of the original Kolibri. Marcus King tried it out.

The main structure of the Evo is unchanged from the original. It uses a seatboardless design but, unlike most hammocks, has split legs. Kortel say this gives a more progressive roll than a hammock.

The seat and back are covered in foam with a stiffened layer behind. The outer material is a mix of nylon and Aquatech and is stronger feeling than the paraglider cloth that some other lightweight pods use. The XL size I flew weighs 2.1kg: this is the same as the similar-sized Ozone BV1, the only other dedicated vol-biv harness on the market.

Protection is a combination of two foambags and a self-inflating airbag. This gives lots of storage space but still with certification-level protection. The harness is only certified with the foambags in place. (Kortel tested it with a sleeping bag and got “good results” but not good enough for certification.)

Two scoops on either side have to be zipped up before launch for proper inflation. The airbag also provides a certain amount of aerodynamic shaping behind the pilot, although this is relatively short and doesn’t reach up behind the pilot’s head.

The original was easy to spot thanks to the flat front to the pod, something some pilots didn’t like. Kortel have retained it saying, “Aerodynamically it makes no difference and we chose flat as it saves weight for the same performance.” 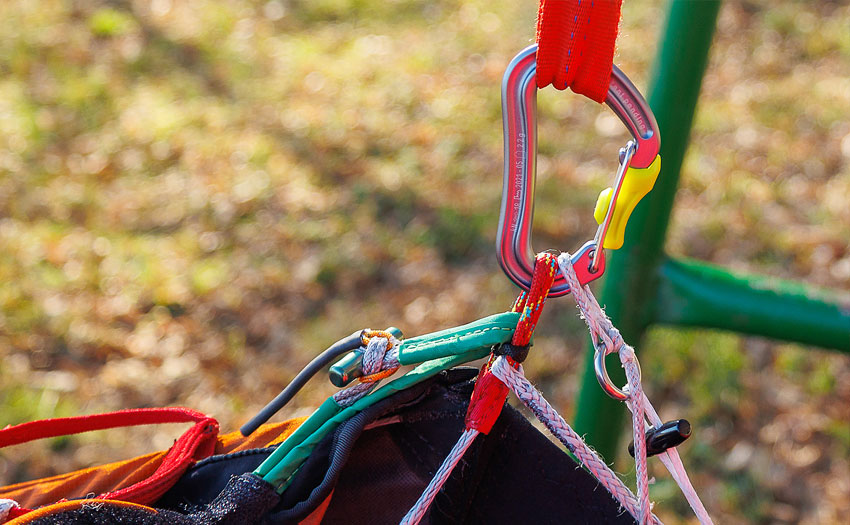 The main storage area is the pocket in the airbag. This is a massive 35 litres and can carry plenty of soft kit. Inside is a hanger for a drinks bladder and elasticated walking-stick holders. There is a hole to route the tube from the bladder to your shoulder; the other shoulder has a Velcro patch.

There is another 12-litre storage pocket under your legs, where many harnesses have a small ballast pocket. Kortel recommend you use this area for storing more solid items as it is away from your back.

On one side of the harness is a large, zipped pocket for anything you want to access in flight. There is also a small mesh pocket on the back of the reserve pouch, useful for a USB battery or in-flight snacks.

Kortel have redesigned the reserve area in the Evo with a new handle. This has a lot of stiffening so is easy to grab, but left-handers may not be so happy about the positioning. It uses plastic wires as pins that run through a channel and the loops in the panels holding it closed.

There is another plastic wire on the opposite end of the handle that slides into a channel to keep the handle securely in place. This all worked well and in my static tests the handle and ‘pins’ released easily.

The reserve is attached with two long T-lock-style loops and allows for reserves with separate bridles. The righthand side stays permanently attached and the lefthand one form parts of the pod closure, but is separate from the leg-loop closure.

The load-bearing part of the harness is made from Dyneema rope. There is plenty of adjustment available, and are kept in place by the rope being spliced back through itself. This doesn’t move when in use and is easy to adjust with the plastic toggles to pull on, however, some pilots have said they find it can slip when not under any load, for instance when packed, so be aware of that. Once you have a good position you may want to fix the straps that you don’t want to adjust.

Dyneema rope is also used to regulate the length and position of the pod. There are two lines going to the top and bottom. Again, these are spliced through themselves to allow length to be adjusted. There are no plastic toggles but adjustment is easy. 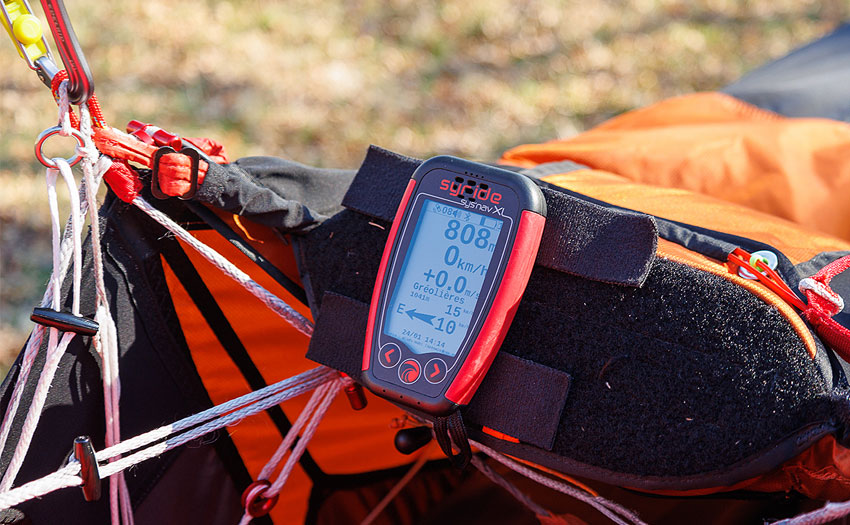 Instrument panel on top of the reserve pouch

To get into the harness you now only have to step into one side; the other is closed with a metal T-bar that you thread through a metal loop. I found this fiddly at first as it is necessarily a tight fit, but then I found the knack of making sure the T-bar was perfectly flat on the rope. Once you have done that you close the pod with the reserve bridle and a plastic clip. It is all slightly more involved than just clips, but in reality once you are used to it, it takes no more time.

The original version could only be attached to the wing with softlinks, the new version allows for those and karabiners. The review model was supplied with Edelrid Ease Superlight karabiners, which are wire-gate karabiners with a plastic locking piece. They make it easy to clip in and out but may not be everyone’s choice. The clip-in loop is a relatively small-diameter rope which, at first glance, seems a little flimsy. Kortel’s Guillaume Borga told me that they are built from 3mm Dyneema rope with a breaking strain of more than 900kg.

One of the changes the Evo brings is that the shoulder strap is not fixed to the chest strap – the hangpoint can now slide up and down. I haven’t flown the original so can’t compare, but the new version is very comfortable on launch and in the air. Going from launch to flying position in the pod was intuitive and easy.

When in the flying position the pod closes well, although there isn’t any sort of magnet closing halfway down, but it does wrap around further than some at the top. Once in the pod the instrument panel on the reserve pouch sits at a nice angle. It’s not the biggest but had room for my XC Tracer Maxx and a phone – an extension plate is an optional extra.

Overall I found it nice and comfortable with good support across the whole back and upper legs. On my first flight I did notice the Dyneema ropes giving pressure a bit, but with some adjustment it became something I forgot about. I only managed relatively short flights of a couple of hours but didn’t notice any obvious pressure points: I would be happy to fly all day with this harness.

To save weight the footplate is a carbon ring, although a solid one can be specified. This does feel a little strange at first, but you soon get used to it. Even with my long legs my feet and legs were well supported; having four separate cords helps this. It was also easy to drop them for landing or to be more upright when needed.

In the air, this feels very much a hammock harness: all the movement is rounded off. Compared to the Woody Valley GTO Light 2 with its stiffened protector, the Kolibri Evo gives mellower feedback rather than harder movements. Turning is more about rolling the hips as you would on a hammock, although this can be changed subtly with the separate legs. Those that prefer a seatboard though will probably feel a lack of authority.

Coming from previous hammocks and the GTO I found it intuitive to fly and was at home straight away. I flew it with the Gin Explorer 2 and the Flow Fusion Light and felt in full control.

The Kolibri Evo is without doubt one of the best choices for vol-biv flying with its large storage that doesn’t compromise safety. Until now there has been nothing similar, although Ozone have now released the BV1. The latest version makes that great concept a little easier to live with day to day and more comfortable in use. It’s not a radical redesign, more a polish of an already beautifully crafted piece.