“Unconscious decision-making is not hocus pocus, but it requires time. Our brains are like sponges, absorbing information from around us” Photo: Martin Scheel
Latest, Skills and learning

Question: How did Manfred Ruhmer become the most successful hang glider pilot of all time?

Answer: By following his hunches.

The Austrian is renowned for taking bold lines, gliding deep beyond pilots in established climbs to sniff out stronger lift, out front, low down. And he is equally famed for being utterly useless at explaining how or why he flew as he did. Dennis Pagen said he found him the most frustrating of pilots to interview in his classic Secrets of Champions series.

In the interview, Manfred admits, “Much of my thought process when making decisions and especially when leaving a thermal and choosing a good path is not done consciously. I think my flying is 60 to 70% intuitive.”

“Even when thermalling I’m sort of on automatic pilot; my body does the right controls to stay in the best lift while my attention can be devoted to watching for traffic and looking for signs of better lift or the best routes.”

It’s not that Manfred is without generosity… he’s just unable to verbalise his decision-making processes. Still, somehow, he’s won four flexwing world championship titles and an equal number at the Class 2 world championships. 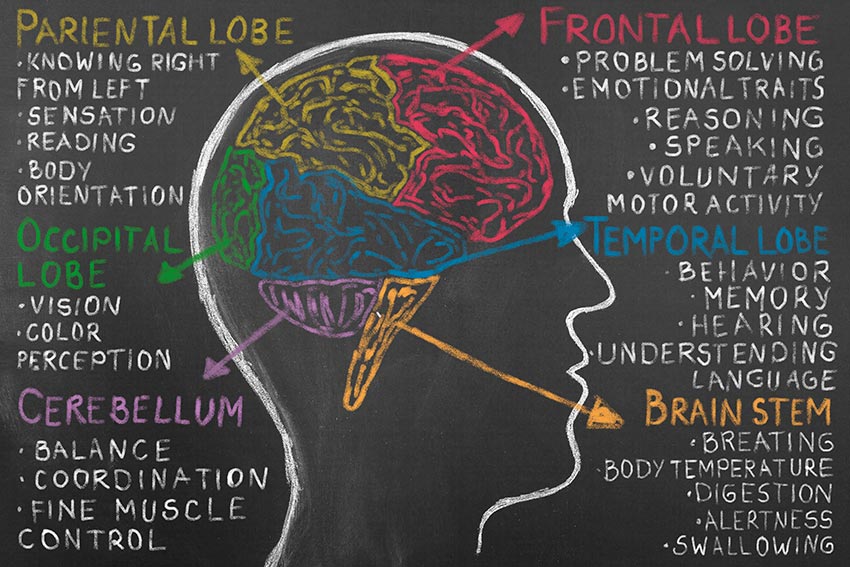 Equally, Chrigel Maurer has his focusing strategies and relaxation techniques dialled, but in the air, can he explain the whys and wherefores that lead him to fly so much faster than others during adventure races?

“All I can say is, lots of people are great at some things, like singers who get number one hits… it’s hard for them to explain how or why… I just know I’m lucky enough to be good at paragliding”, Chrigel said, after one of his many X-Alps win.

My day job is in mental health, and my psychological work with anxiety and depression has led me to be equally fascinated with the links between our thoughts, feelings and behaviours when we fly. As pilots we’re bombarded with a vast amount of information, so achieving that state – one where we can think calmly – is not easy.

Let’s think about what’s happening when we’re thermalling. We’re listening to the wind noise, our varios, the rustles of our wings, and maybe also radio chatter. Our eyes are absorbing a spinning 360-degree view of the world, checking out clouds, ground features, birds, our instruments and more. We’re feeling the movement of our harness through our bodies to sense where the core’s moving. Adrenaline is livening up our system, keeping our senses sharp and watchful for any quick inputs to keep us safe. And of course we’re thinking about our route, airspace, how well we’re doing, what we’re having for dinner and all the other distractions our minds create against our own volition. It’s a lot to process and keep up with.

And even if we’re calm, we can’t possibly take it all in at once. ‘Muscle memory’ obviously helps us take care of some of the more physical aspects (catching that leading edge dive with a quick jab of the brakes for example) but I’m increasingly convinced that intuition – using one’s gut feel – is a really important part of flying well.

Back on the ground, when we’re deciding what route to fly, whether to take that new job, or move into that new house, a friend might advise us to “trust our gut”. This essentially boils down to trusting our bodily knowing of the right answer. And we’re rewarded with pleasant feelings if we plump for what ‘feels’ like the right option.

Psychologist Eugene Gendlin spent a lifetime researching this ‘felt sense’ and experimenting with ways to help people get more in touch with this useful resource. Often ‘over-thinkers’ who identify too strongly with their thinking mind find it harder to make contact with their felt sense, and many of us distrust decisions based on feelings rather than intellect. Meanwhile, many ‘natural’ pilots, like Manfred Ruhmer, rely on their felt sense to the point where they find explanation difficult.

“I have the ability to absorb and process a lot of information, but it is often not in the fully conscious mind,” says Manfred. “I use what is necessary.”

More recently, neuroscience research has been able to offer some more insights into validating Manfred’s understanding of his ability to use his ‘felt sense’ to make helpful, if unconscious, decisions. Iowa University researchers developed the ‘Iowa Gambling Task’ to simulate real-life decision-making.

In it, a participant is shown four virtual decks of cards on a screen. Each time they choose a card, they win a varying amount of money, but sometimes, they’ll lose some – and they’re told the aim is to win as much money as possible. The decks are rigged, so two of the decks are more profitable than the other two. The participant initially explores the decks, and most have worked out which two decks are the best money-spinners after around 20 rounds.

However, sweat-gland monitors attached to the participant’s fingertips show a spike in brain activity after around 10 rounds. The spike in sweat production unveils an unconscious awareness of danger whenever the participant reaches for the bad decks. They don’t yet consciously realise it, but this is the body’s warning sign that they’re about to make a bad choice. It’s the brain working in the background, like any computer should, on your behalf. The spike then predicts the choice the participant will make, and as time goes on, the participant marries logic to his or her physiological response. It’s a ‘body first, mind later’ scenario – though let’s not get too Cartesian about all this… they are essentially one and the same.

Take those four decks of cards and change them into four different clouds to head for during a cross-country flight. Over the years you’ve been flying, your brain will have stored up lots of internal pictures of different clouds. Your brain takes in loads of information and stores it all like a hard drive, to check what you’re seeing now against what you’ve seen in the past.

In fact what we also now know from neuroscience is that our brains are six times more important than our eyes in working out what we see in front of us. People who gain sight after a lifetime of being blind really struggle for this very reason – their brains just can’t process all the new information presented in front of them.

What all this means is that your experience is fundamental to shaping your ‘working model’ of the sky. Before you even realise it, you’ll feel yourself drawn to one or two of the clouds over the others. You might not have consciously assessed the cloud’s curls, its weight, where the sunshine is beneath it – your unconcious analysis of the whole picture will have already been assembled, and your body may well be nudging you in a particular direction.

Britain’s Mark Watts is known as a strongly intuitive pilot, and this idea resonates with him.

“People often ask why I went in a certain direction, and I can’t answer exactly… ‘it just felt good’ is all I can say, and then yes, boom, there’s a six-up climb!” Mark told me.

Of course, developing your ‘felt sense’ requires hundreds, if not thousands of hours flying. It also requires a natural aptitude for being in tune with your physiological responses – or developing this knack further. Unconscious decision-making is not hocus pocus after all, but it requires time. Our brains are like sponges, absorbing information from around us, and the longer they get soaked in the skies the better.

If you’re really keen to experience your intuition at work in a clinical setting, try a focusing workshop, focusing.org

Or of course, just go flying, and enjoy yourself!

Hugh Miller works as a psychological therapist for the NHS and teaches post-graduate psychological interventions to students at University College London. He’s also an obsessed pilot, and publisher at Cross Country magazine.