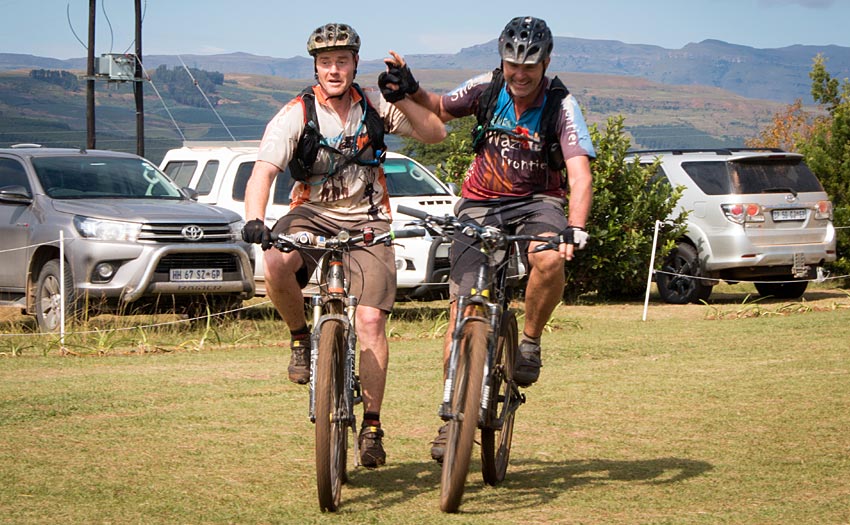 Wings, wheels or feet? Which is the quickest method to cross swathes of the wild and beautiful Drakensberg mountains of Lesotho? The X-Berg Challenge pits paragliders against mountain bikers and trail runners to do just that, and this year mountain-biking team Justin Armstrong and Andre Dempers won.

The event has been running for six years, and this year’s win for the bikers means mountain-bikers have won three of the six events, with paraglider pilots taking two wins and trail runners one. But it’s no done-deal. This year the lead switched throughout the race, which organisers said was one of the most exciting they’ve had!

“The leading pack were neck-on-neck coming into the final stages of the race. Following the event in real-time via live tracking thanks to SPOT trackers had us sitting on the edge of our seats!“

The rules allow for athletes to compete individually or in teams, and to switch between the disciplines if they so wish. Read about the disciplines and formats allowed, here. 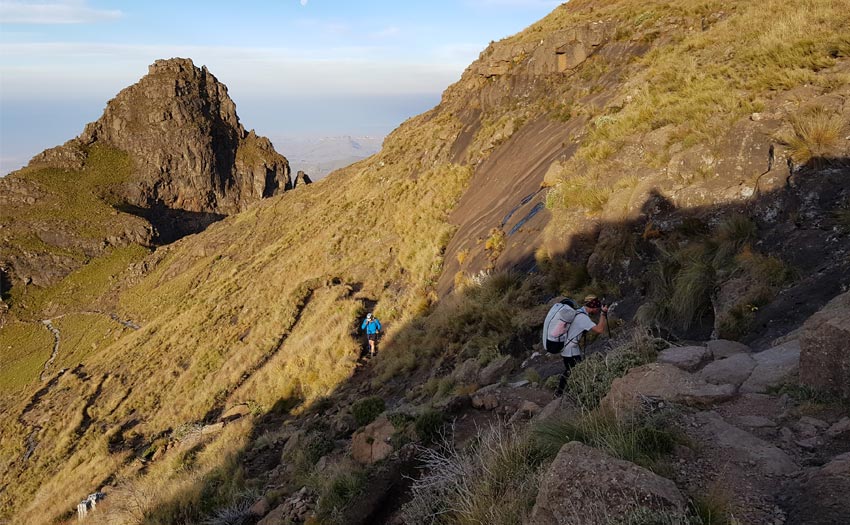 Onwards and upwards through the beautiful Drakensberg. Photo: Jeremy Holdcroft

The action started at Oliviershoek Border Post at 7am on 27th April. Athletes had 93 hours to complete the course, whose total straight-line distance was 143km. In real terms, for runners and hikers there were 189km to cover, and 365km for mountain bikers. Did we forget to mention the 10,552m ascent?

Trail runner David Barkhuisen took an early lead but only two kilometres from the turnpoint at Witsieshoek Mountain Lodge, paraglider James Heydenrych got airborne and moved to first position, which he held on to for most of the race. Mountain biking team Justin Armstrong and Andre Dempers arrived third at Witsieshoek Mountain Lodge with the rest of the pack in close pursuit. Some athletes stopped their race between Witsieshoek and Didima area (thankful to have some ici-Co Herbal gel to soothe some aches and pains and a Cross Country Magazine to pass some time waiting for the leaders to arrive in the Champagne Valley!).

Trail runner Vanessa Fisher kept up a phenomenal pace throughout showing the guys that ladies are real contenders in this unique race! She was closing in on the lead at some points throughout day three of the race. Paragliding pilot Ben Arnold made fantastic progress racing past Ezemvelo KZN Wildlife’s Monk’s Cowl and Injusuthi parks to catch up with the leading pack on day three of the race and overtook Vanessa on day four. Out in front James Heydenrych alternated between paragliding and trail running, topping up on RaceFood bars and keeping hydrated thanks to aQuelle water. He stayed in front until the last turnpoint at White Mountain where mountain bike team Justin Armstrong and Andre Dempers shot ahead to reach the finish line at Drakensberg Breweries first.

Only Justin, Andre and James reached the finish line before cut off at 16h00 on day four of the 2018 X-Berg Challenge.

Well done to all athletes and a huge thanks to the support crews and the 2018 X-Berg Challenge sponsors!! 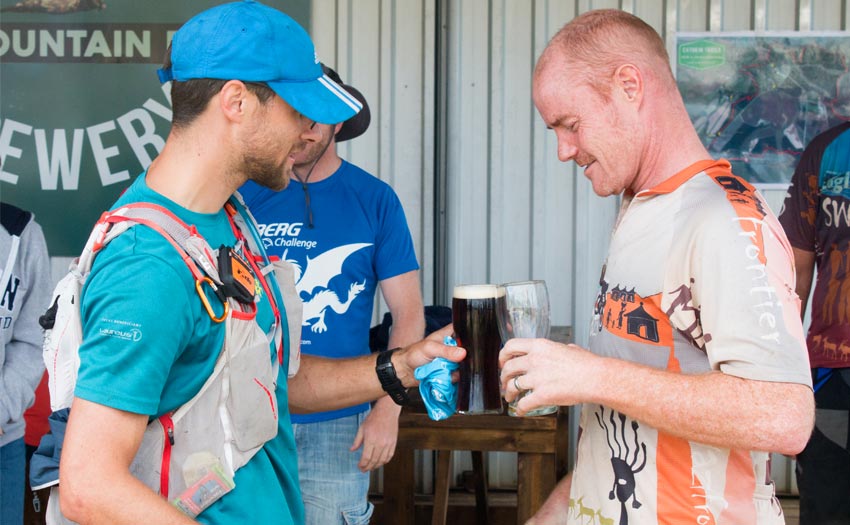 The finish line is at the Drakensberg Brewery – now that’s what you call good planning! Photo: Desiree Schirling 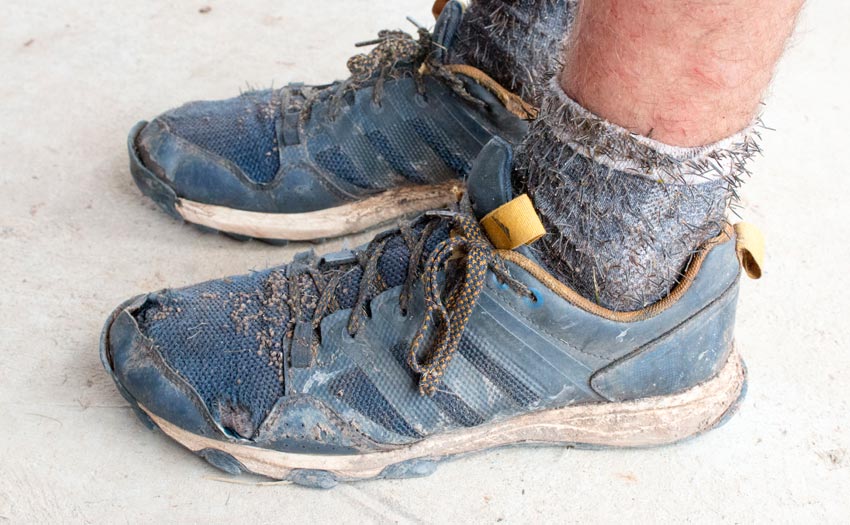 Look at the state of those! The little catchy seeds are called ‘blackjacks’. They take ages to pick off your socks, but apparently they are edible! Photo: Desiree Schirling

Entries are already open and are filling up for the 2019 race, which will be a three-day event and will take place from 20 – 24 March 2019. There are only 45 places available, so enter soon if you’d like to take part. A link to the registration page is here.