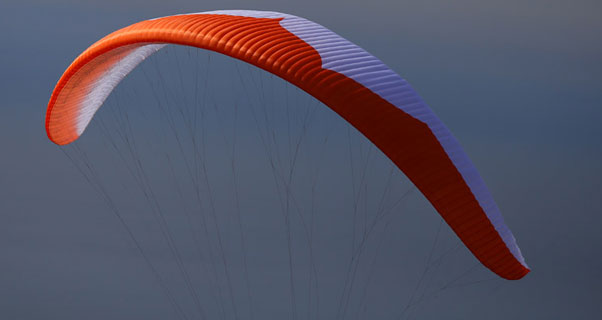 With the last task flown and the party partied at the Paragliding World Cup Superfinal in Brazil, Ozone have released their official statement on what happened with the Enzo 2.

In it they apologise to all pilots at the competition, say that they have every confidence in their wing, explain more about the “pinches” in the test wing, talk about the “pressure” that the PWC was under to ban the wing, and thank the Superfinal organisers for giving them time to address the issue.

They also try to turn the focus back on the pilots not the wings and herald “an amazing new star in the form of  Francisco”, the young Spanish pilot who won the competition that ended yesterday.

To All It May Concern,

We would like to apologise to everyone who has been troubled by the developments at the PWC Superfinal, we are very sorry there have been such hassles.

The Enzo 2 trailing edge was measured by Mr Debons, the checker for the PWC, and found to be different from the test sample at Air Turquoise. We were surprised by this news because this is not a measure that is required by the EN as a check of conformity.

We were forced by the PWC Organisers to provide an extra statement of conformity due to this difference, we made this statement, but complained to the organisers that we thought it unfair that no other manufacturer was being asked to do this even though doubts on their conformity could also be mentioned. I say we were forced because the PWC Organisation was put under great pressure to ban Enzo 2 pilots and we obviously wanted to support them, but we were also confident that the length of the trailing edge did not change the wing’s conformity to the original EN D certification.

We were confident that the change in trailing edge did not change the behaviour in the flight test. This wing could tolerate this change in TE length. Whilst the test wing was under development we had put some pinches in the trailing edge, but these pinches had made no significant difference and had been left in the test wing. When going to production we failed to replicate these pinches and produced the wing in its original length without any of the pinches. We now see this was a mistake, and we apologise for that, but we did not see (and the EN does not state) the trailing edge as a measure of conformity.

To put this in context, some people have noted that they think that some wings in the Superfinal are flying significantly faster than the wing that was tested. That may be the case, but on its own the speed does not mean the wings do not conform to their EN certification – speed is not an EN required measurement. If their risers are within tolerance, the lines within tolerance and the flight tests are still the same, then they conform, even if they do go faster. If there is increased speed that is merely an indication to some, like the trailing edge was an indication to some, that it might not conform, and may need to be flight test checked for conformity.

We can understand that others, without our knowledge of the Enzo 2, may think a change in TE length might change the certification, so we agreed with the PWC, that Air Turquoise should remove the pinches from the test wing, to make it the same length as the production wings at the Superfinal and to do whatever verification flight tests they saw fit, to check the wing was still conforming to its original certification.

Air Turquoise did this verification flight test, on the 25th January, with independent observers present and found the wing still conforms to its original certification. We must give big thanks and appreciation to all those present for taking this time on a lovely sunny Saturday. Although we were unhappy how this new check rule came about we are also thankful that the PWC Organisation, under great pressure from others, gave the time to allow us to prove the longer trailing edge tolerance still conformed. That being said we are truly sorry that our mistake in not ensuring a matching trailing edge has led to such controversy for all concerned.

We particularly need to apologise to all the pilots at the competition who have faced such a difficult time because of this and thank all involved for their patience. We are sorry for the hassles. Otherwise it looked like an exciting competition with great tasks, some fantastic flying by lots of pilots and an amazing new star in the form of  Francisco – forgetting the wing, he is truly a worthy winner.

Cross Country has approached other manufacturers for their take on the Superfinal controversy too.