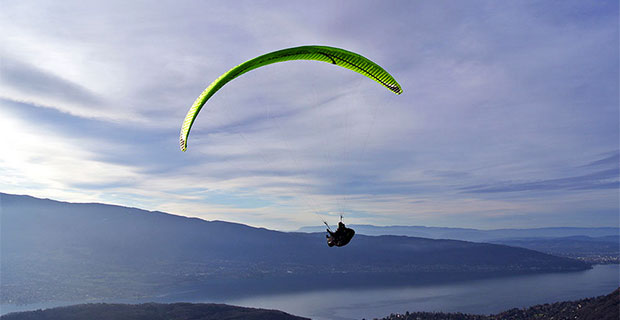 Niviuk have broken their silence over the Enzo 2 controversy that dominated the Superfinal last week and which continues to reverberate around the paragliding industry and competition scene.

In a short email interview, Niviuk’s founder and manager Dominique Cizeau said he considered the controversy a “disaster for competition”.

He also echoed GIN’s statement made earlier in the week that called for the end to EN D certification of competition wings. “The future of competition is endangered as long as we go with the EN-D standards,” Cizeau said.

Niviuk is one of the three major manufacturers that had the majority of gliders in the Superfinal. The others are GIN and Ozone.

Following the Superfinal competition, which was held over two weeks in Governador Valadares, Cross Country asked all three major manufacturers for their take on the Enzo 2 controversy and the outcome.

Niviuk’s reply, which was sent today, Friday, and is directly from Cizeau, reads in full:

Do you consider the Enzo 2 certified?
All indicates that the Enzo2s that participated at the Superfinal were not the same as those certified. Apart from regulation and standards, a professional ethic and morality is to be expected from the producers for the respect of the pilots and our sport. There, where the brands do not respect the evidence of this ethics, they should have been withdrawn from the competition.

What would you like to happen next?
We undergo the consequences of the demands imposed after what happened at the World Championship in 2011. There was enforcement so that the comp gliders must be treated the same way as the serial gliders. The future of the competition is endangered as long as we go with the EN-D standards, which are absolutely not adapted to our comp gliders. We do not want an open class so that some brands could drift to anything, but a clearer standard, easy to study and control for this kind of gliders.

Would you like to mention your pilots?
Our pilots are very sentimental and very committed to their sport. The fact that the PWCA leaves them in incertitude and does not give concrete answers to their questions has done a lot of harm. They needed a few days to put the controversy beside and to get concentrated on the competition. We wish to thank them for their implication and confidence that they show in us. Congratulations for the four out of nine heats won.

Niviuk’s input comes on the heels of a strongly worded statement issued late on Thursday from Hans Bausenwein, CEO of the Paraglider Manufacturers’ Association. [Edit, 2 Feb: The statement was retracted by Hans Bausenwein on Saturday 1 Feb and the post removed from the website.]

In it he calls on the Superfinal’s provisional result to be declared invalid, criticises the Paragliding World Cup Association (PWCA), and calls on Ozone to make a €5,000 donation to either the PWCA or a charity.

He also said that the PMA, a trade body made up of 26 manufacturers in the paragliding industry, had suspended Ozone’s voting rights on the PMA for 12 months and expelled Ozone boss Mike Cavanagh from the PMA’s board of directors.

The PMA carries no weight in deciding the outcome of any competition and does not seek to control the commercial activities of its members. Rather, it seeks to represent the paragliding industry as a whole and provide a “joint platform” for the exchange of ideas while remaining apolitical.

In recent years however, the PMA has seen strong discussions and splits between members over the issue of paraglider design, especially two-liners and competition wings.

Meanwhile, despite the furore over the Enzo 2, pilots in Valle de Bravo, Mexico are getting ready for the first round of the 2014 Paragliding World Cup series.

The competition runs from 1-8 February with 132 pilots confirmed. At least 20 pilots are due to fly Enzo 2s at the comp. All those Enzo 2s are thought to have a trailing edge 30-40cm longer than the original model that was EN tested and certified. Ozone say the glider is certified and “conforms to its original certification“.

Pilots have already been enjoying strong conditions in Valle. Fresh from his world-record breaking XC season in Quixada and the Superfinal France’s Honorin Hamard flew a five-hour 100km circuit and reached 5,390m on Thursday.