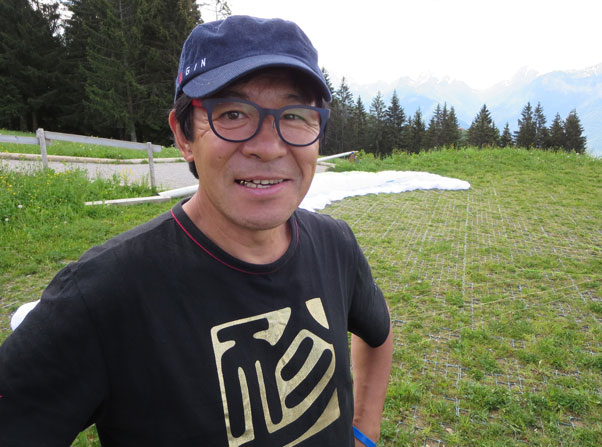 The Superfinal Enzo 2 controversy took a sharp new turn today when GIN Gliders called the competition’s result “meaningless” and called for the competition to be declared invalid.

They called the result a “disgrace”, thanked their own GIN Team pilots for flying well, but said those pilots had no desire to win a competition “they had not won in the air”.

The statement reads in full:

Thanks and well done to all GIN team pilots for battling so hard in Brazil under difficult circumstances. In light of the controversy surrounding the EnZo2 from Ozone, we issue the following statement:

The EnZo2 flown at the Superfinal was uncertified at the time. This is against the rules of the competition and therefore the provisional results cannot be official. If rules are not respected and applied consistently, competition is meaningless. It’s a great shame for all the pilots and a disgrace for the sport in general.

We now need to reach a fair conclusion. To disqualify the EnZo2 pilots would be disrespectful to the achievements of those pilots. Moreover, GIN team pilots have stated that they have no wish to claim a title they didn’t win in the air. Therefore, the competition should be declared invalid.

As for future competitions, we all need to agree a simple, cheap, transparent and credible way to verify competition wings. If not, we are back to Open Class by default.

EN D certification for comp wings was never the right answer. Above all else, it relied on all manufacturers respecting the spirit of fair play. It is clear from past experiences that this has not been the case. Having EN D standard comp wings in today’s ruthlessly competitive environment has led to the exploitation of loopholes in the EN standards and the exertion of political influence.

This unfairly favours the major players in the market and undermines the vibrancy of the competition scene. Simply put, this is not what we think competition paragliding should be about.

We hope that we can all learn from this experience and move forward positively with one goal, the continued healthy development of our sport.
Cheers from all the GIN team 😉