The Blue Line is Nirvana’s “new improved” Rodeo paramotor. It’s suitable for schools and beginners through to seasoned adventurers, and Nirvana say it stands out for its power-to-weight ratio and perfect reliability.

Nirvana emphasise that safety was a consideration for every aspect of its design, from the crumple zones built into the frame to the spine protection plate and durable plastic fuel tank. It has two switches to start the engine to minimise mishaps, and it can be shut off quickly if necessary. 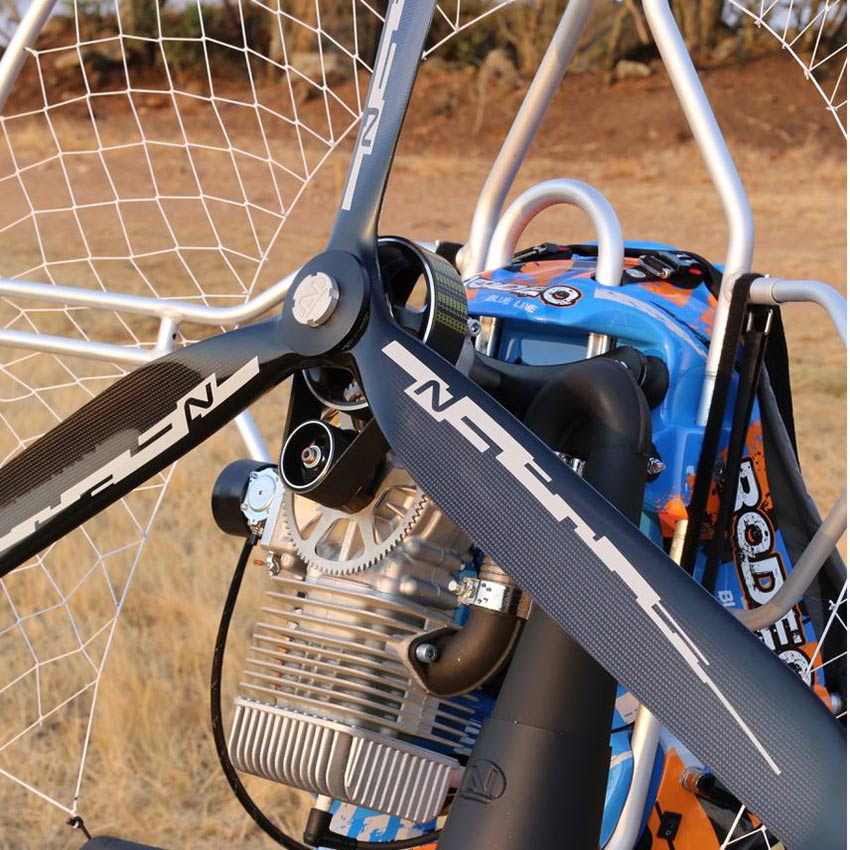 It’s not just for beginners though. Its “significant” power (28hp, 7,200rpm) and improved performance combined with weighing just 25kg means it’s easy to launch and efficient, with a fuel consumption of 2.7-3.2l/h. It has already been flown in all sorts of places and all sorts of conditions, from the Sahara to the Arctic. 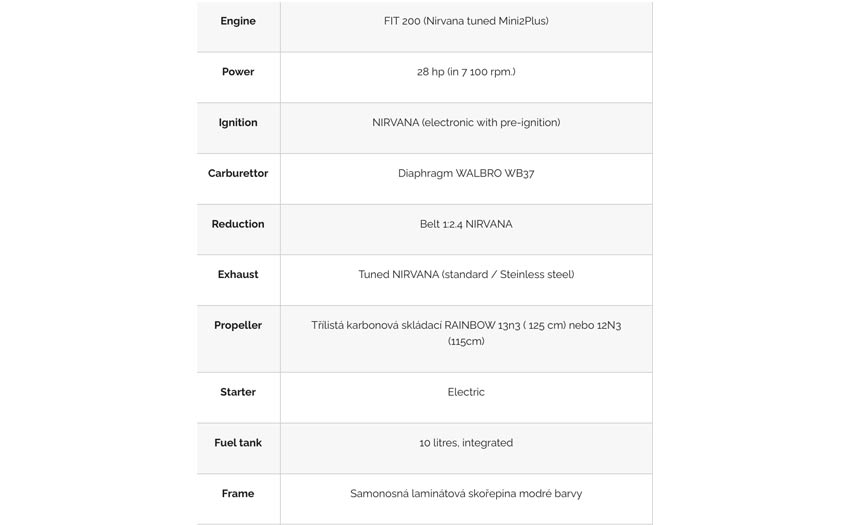 It has a Nirvana-tuned Simonini Mini2Plus engine. With the specially tuned Nirvana exhaust and Rainbow carbon propeller Nirvana say it can take pilots of any weight, and can even power tandems. It can also be used in combination with the Nirvana Cruise Carbon Trike.