Apco’s F3 Bi is a 36m² reflex wing for trikes or tandem foot launch paramotors. It is capable of carrying loads up to 450kg.

Apco say it is very strongly built, with double siliconised cloth on the top surface, and all sheathed lines.

It may be heavy duty, with “tank-like” construction, but Apco say the F3 Bi is not heavy to pilot. They say it has a sporty feel and long and forgiving brake travel.

It is based on the F3 solo wing, and Apco says it has the same impressive roll stability, which is an advantage on launch as well as in the air. “Just hit the gas and the wing will pop overhead with minimum corrections needed”.

It has a very wide speed range, with long-range trimmers and a trike-friendly accelerator system.

The F3 Bi replaces the Lift EU in Apco’s range. 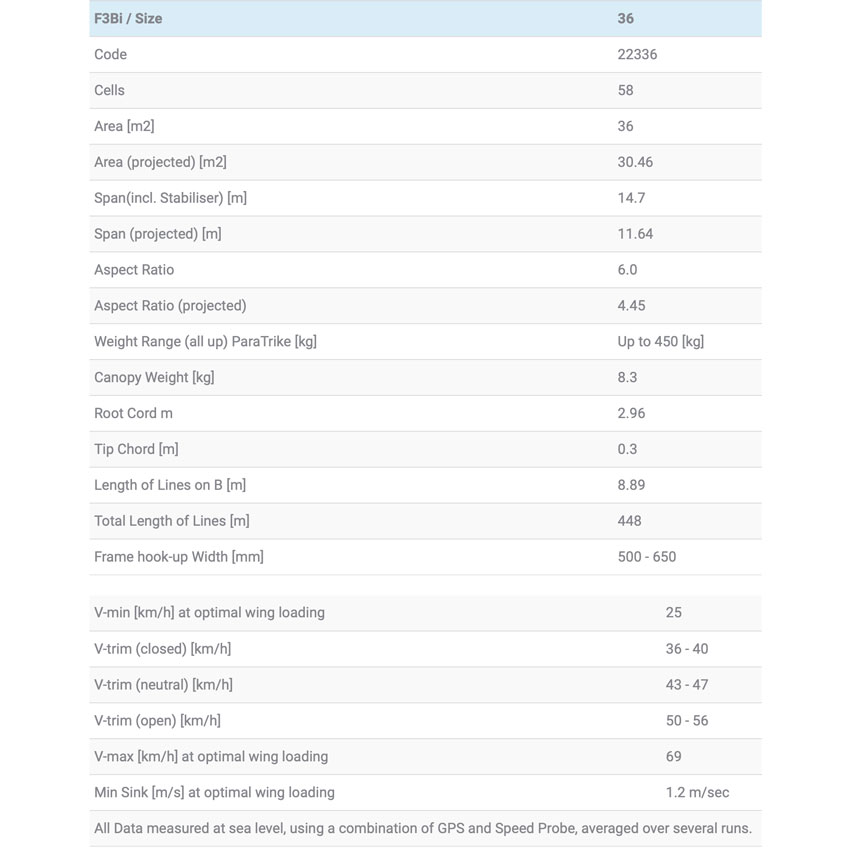