Honorin Hamard finished as he started at the Paragliding World Cup Super Final in Valle de Bravo this weekend: top of the leaderboard and in first place overall.

The new PWCA Super Final Champion 2022 finished just 46 points ahead of Germany’s Philipp Haag, who had led for several days in the middle of the 10-day competition. Baptiste Lambert (FR) was in third. All three pilots who made the overall podium were flying Ozone Enzo 3 gliders paired with the new Ozone Submarine harness. 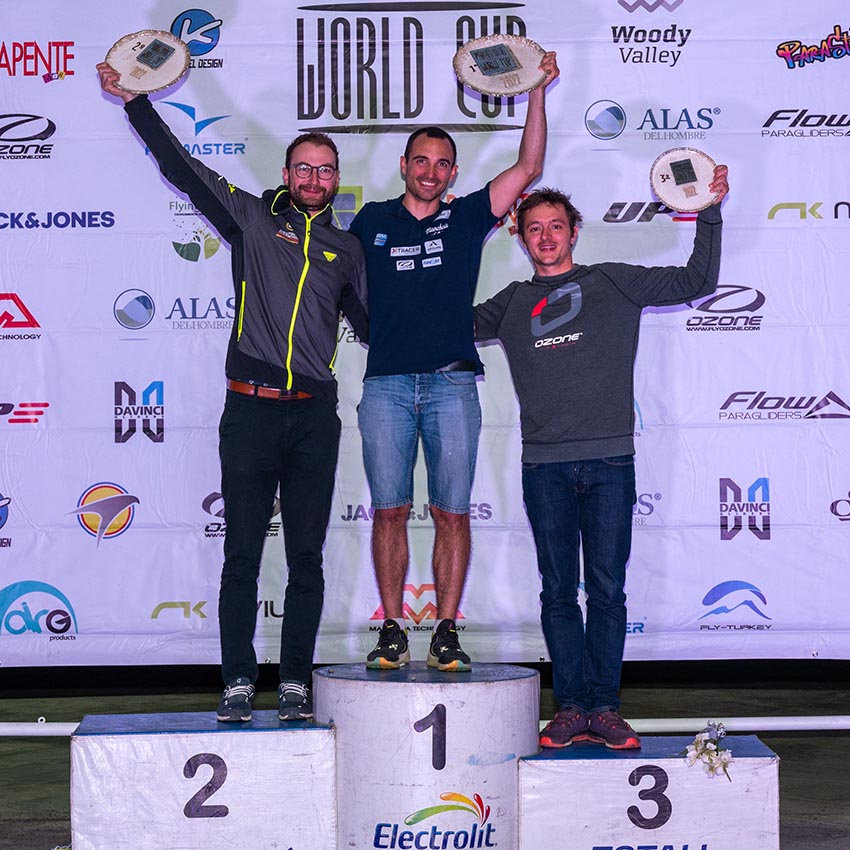 Competition winner Honorin Hamard won three tasks overall – tasks 1, 7 and 8 – and finished top-5 in three others. But it wasn’t all plain sailing for the Frenchman. In Task 5 and 9 he didn’t make goal, coming 45th and 64th respectively.

Posting to social media after his win Honorin wrote: “PWCA Champion! Another dream come true and a beautiful Christmas present!”

He said the competition had been one of “the most challenging of his career” and explained: “The weather conditions here in Valle de Bravo were really strong, lots of shear [layers]. It was one of the most challenging [competitions] in terms of aerology but also many laps, since we all flew 10 tasks and more than 1,000km in the air.”

Looking to next year he said his focus would be on the FAI World Paragliding Championships which will be held near Chambéry in France in May. “I intend to rise to the challenge!”

He added: “Huge congratulations to Constance in the women’s [and] Baptiste and Philipp for the podium.” 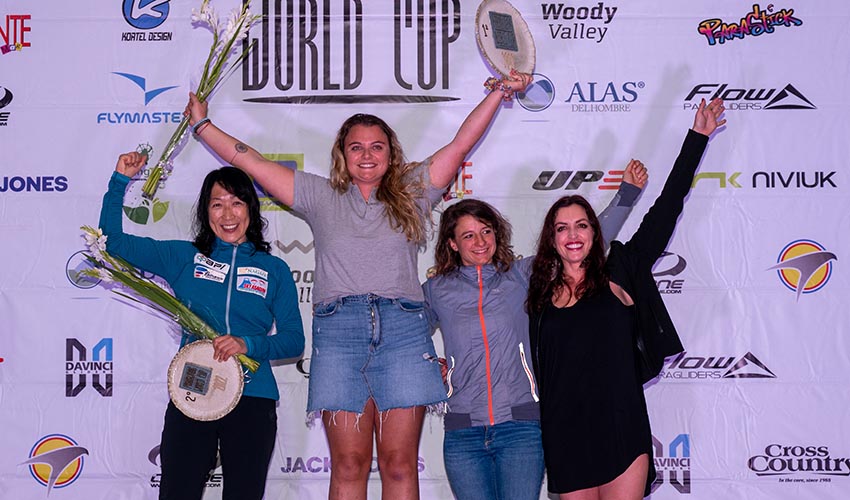 Constance Mettatal started the competition with a bomb on Task 1, landing halfway and placing 11th, but the next day she stormed the task, placing first equal with Violeta Jimenez (US, Ozone Enzo 3). She then went on to place in the top three women in all tasks except Task 7, where she placed sixth. It is her first Women’s PWCA Super Final title win.

Current FAI Women’s Paragliding World Champion, Yael Margelisch, finished third in the Women’s class after crashing in Task 9. Posting to her social media after the competition she explained she sunk-out into trees and hurt her back when she hit the ground after falling through the trees. She was evacuated to hospital by helicopter where she was diagnosed with a broken L3 vertebrae fracture and is expected to make a full recovery.

Meanwhile, Constance on the podium just stopped it from being a clean sweep for Ozone in the unofficial manufacturers’ competition. A Niviuk pilot, she was the only one of the six winning pilots who was not flying an Ozone Enzo 3 paired with an Ozone Submarine harness.

In the top 10 Overall, eight pilots flew the Ozone Enzo 3 / Submarine combination, leading PWCA organisers to note that the Super Final had been “a real showcase” for new equipment. “We’ve seen more Ozone Submarine harnesses than ever before, the popular new leading edge on Gin Gliders, Kortel’s new prototype harness and Niviuk’s Drifter 2 harness up close.”

Organisers offered their thanks to meet director Jacques Fournier and the task setting committee, “who made the most of every thermal”. They said: “Estefano Salgado, Manuel Quintanilla and Felix Rodriguez designed 10 incredible tasks, with pilots flying a grand total of 101,566 km: the equivalent of two and a half times round the planet!”

The PWCA Super Final takes place every year at a different location. It brings together around 125 of the world’s best Paragliding World Cup pilots over two weeks, with the winners being crowned PWCA Super Final Champions in Overall and Women’s classes. Pilots fly CCC competition paragliders. This year 14 of the 127 pilots were women.