Apco have unveiled a new lightweight hammock-style cross-country pod harness called the Kitto. It weighs 2.6kg in the S/M size.

The Kitto is the lightest pod harness in Apco’s range, which also includes the Swift Zero, Swift Sport and Swift Race. It packs down small and fits with a lightweight wing in an 80-litre rucksack, or it can be reversed into its own rear pocket. 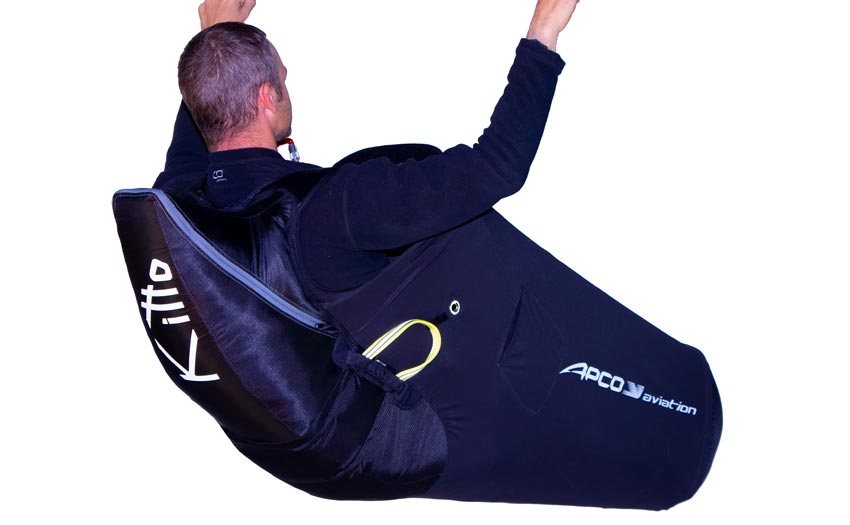 The name Kitto comes from the Japanese word for “certainty”, and Apco say it’s dependable, durable and very comfortable. The hammock hugs the body and the Airfoam protector acts a rigid base for the seat, which also increases feedback. Apco say the Kitto is designed to give maximum feedback.

The 17cm Airfoam protection is reinforced with a tough Lexan plate, and the reserve storage system is designed so that the reserve will deploy very quickly with little friction.

The Kitto comes with with a pre-installed three-step speed bar, and a foot bungee for ease of entry after take-off and it is compatible with Apco’s Flight Deck Lite. 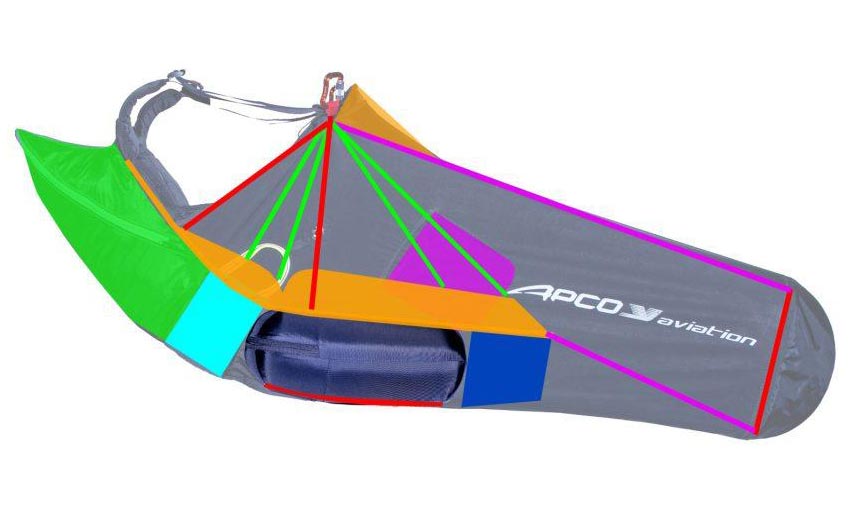 Apco say, “Comfort without sacrificing weight or safety was the objective, achieved by having sufficient seat and lumbar support by using lines connecting the side of the hammock to the karabiners”

Apco say they are “exceptionally satisfied” with the aesthetics and clean lines of the Kitto and believe it’s among the most comfortable seatboard-free harnesses available.