What’s so great about RAST? Q&A with Michael Nesler 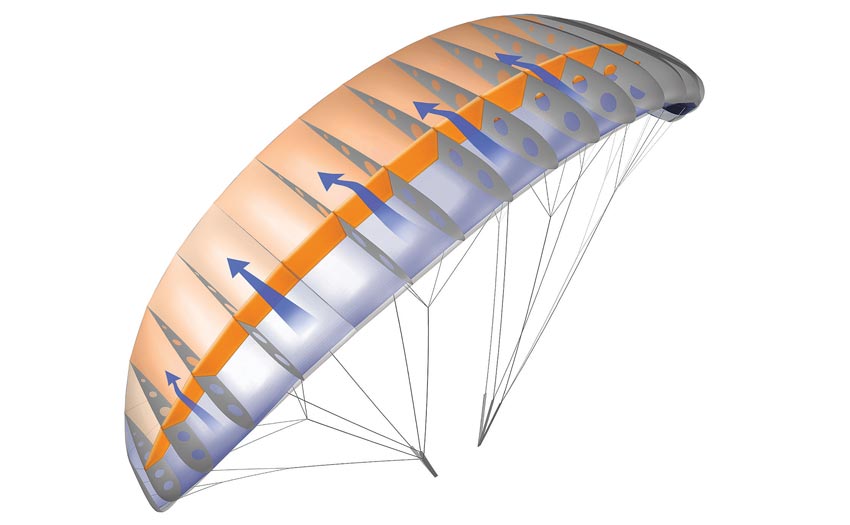 RAST (Ram Air Section Technology) was introduced by Swing about two years ago. Immediate public reaction ranged from “marketing gimmick” to “hmm, interesting”. There was no immediate consensus that the technology would lead to better, safer or more fun wings, just a general nod of the head and a “well we’ll see won’t we?” Unlike some other technological advances, it’s been a bit of a slow-burner in capturing pilots’ imaginations.

The technology is now in its second commercial iteration, and is used in Swing tandem and acro wings as well as its low-B, the Arcus RS. Swing have had enough pilot feedback to develop it further, and they are now in talks with four other manufacturers to allow them to license the technology. (“Top secret” but they are major brands.)

Swing loudly push the safety aspects of RAST but really, in a world of secure low-EN B wings that feels like a red herring. It’s understandable that Swing promote this aspect of RAST but on a closer reading of what RAST offers, what jumps out are the claims about launch behaviour and in-flight performance.

With this in mind, we asked Swing designer Michael Nesler to explain more. 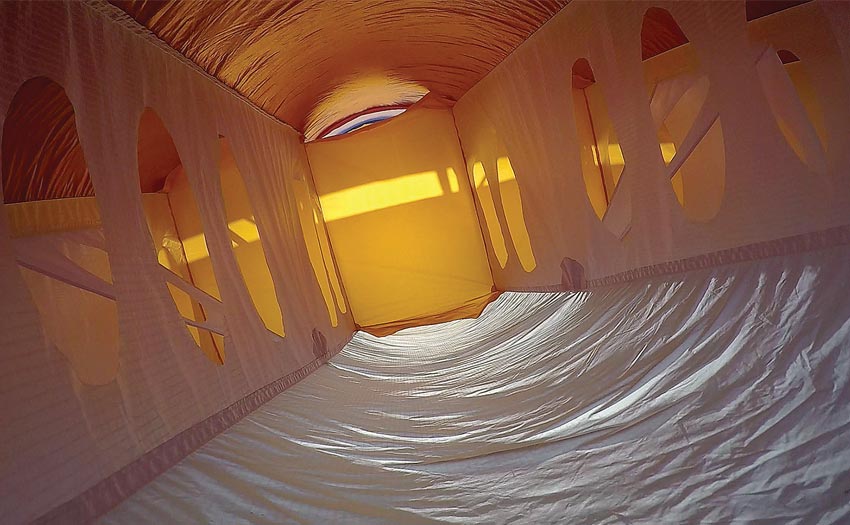 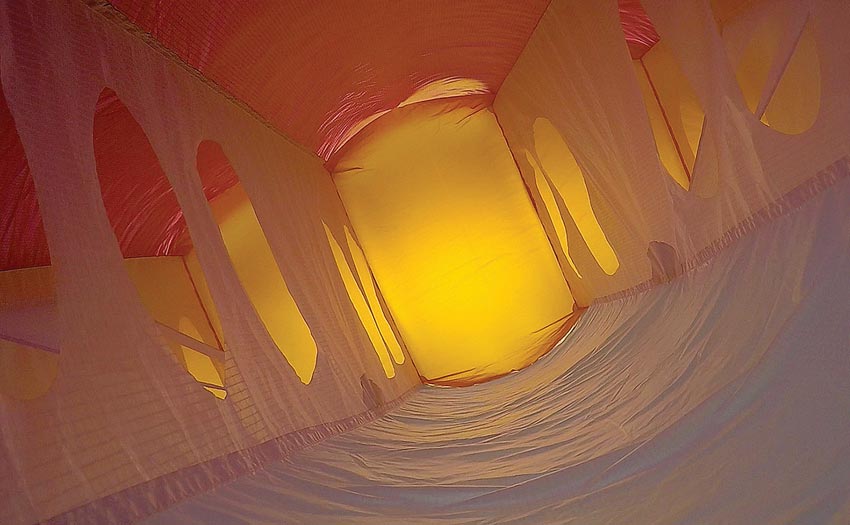 But as soon as there is turbulence the panels close across the cell, stopping any collapse from moving back towards the trailing edge. The idea is not to stop the wing collapsing entirely, but to distribute the energy in a different way, reducing the severity of any collapse
Photos: Swing

Michael, can you briefly explain the concept? We fly flexible wings that collapse, which is a good thing. The collapse is the way a paraglider manages or re-distributes excess energy. You can’t build a rigid paraglider that doesn’t collapse – we’ve tried that and it doesn’t work. So I was looking for a way to redistribute the energy without deflating the whole wing. The result was RAST – the canopy is divided crossways with panels that control the airflow inside the cells. There is a “RAST wall” about one-third of the way from the leading edge. In the event of a collapse the front of the wing collapses but it’s harder to collapse the back of the wing.

When did you first have the idea? Oh 20 years ago. But at the time production said it was too difficult and expensive. We started to develop it in its current form two years ago.

Then I hear you made 60 gliders in the development process? Yes, not for certification, but for every prototype I made I was trying different RAST positions. With each model we learned new things.

A lot of the focus on RAST is the collapse behaviour, but first of all, does it add any weight to the wing? A little bit, about 200g. It adds complexity too. It needs to be reinforced a lot. It’s very highly loaded during collapses. 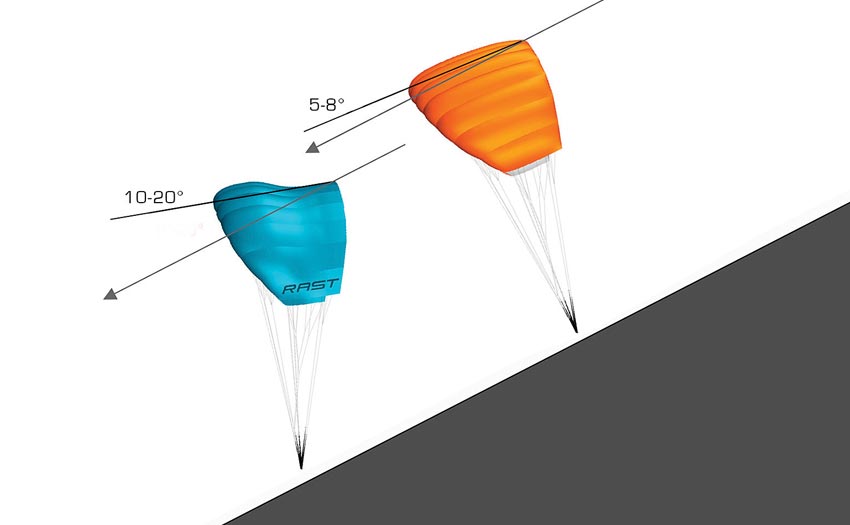 In a forward launch with a slight tailwind, the claim is that the blue RAST glider is easier to launch. The non-RAST glider (orange) will align itself with the angle of the slope and will try to fly down the hill, potentially overtaking the pilot unless they run fast. With RAST, the glider fills more slowly and doesn’t line up with the slope. Instead it has a better angle of attack and becomes airborne more quickly, with less need for dashing down the hill trying to outrun the wing
Illustration: Swing

How does it change the launch behaviour? In strong wind the RAST glider comes up normally, but it’s slower to inflate the rear. And this means it doesn’t pull you off your feet. You have more time to turn and get under control. In a 25km/h wind if it takes one second to inflate a normal wing, with RAST it takes 3-4 seconds. It’s totally different.

Does the pilot have to behave differently? No. It’s easy. The biggest issue is tandem pilots launching in nil-wind. Tandem pilots don’t like to run, so they use a lot of brake when they launch. It takes more time for the RAST glider to fill with air, so compared with a normal wing pilots can apply brake and feel nothing. You need to wait longer.

What’s the technique in light wind? Take it slow and don’t brake too much. You can pull up slow, walk, you don’t need to run.

Is it easier to take off in a light tailwind? I would not say it is easier but it is different. It doesn’t overshoot. It stays overhead until it is full of air, then it will lift you off. The distance needed is the same, but the speed you need for take-off is lower with the RAST system.

Is there any difference in landing behaviour? No. It’s the same.

OK, so lets discuss in-flight behaviour. The reason I like RAST is because you have incredible control in strong conditions. I fly in the Dolomites and we have strong thermals, turbulent conditions. With RAST the wing turns immediately, because there is very high pressure in the trailing edge when you pull the brake down. It’s completely rigid for half a second. This means you can turn whenever you want, even in turbulent air when otherwise a glider can be slow to turn.

So we can say RAST makes it very manoeuvrable. Yes. And also, when you fly actively the high pressure in the wing makes it almost impossible for a collapse to go past the RAST wall.

Does that rigidity have any negative implications? No. Except when you pull on the brakes quickly, the first second is hard, but only if you pull fast.

Does it feel any different in the air? Yes. It feels like the glider is more direct. When you compare a wing with RAST and without RAST, which we have done a lot, then in calm, normal conditions you won’t notice a difference. If you are on glide in turbulent conditions though, then the RAST glider will gain over the standard wing.

Why? We didn’t understand it at first, then we filmed it and we saw that in normal flight the whole wing behind the B-lines is always moving, flapping, and this costs you time, speed and lift. If you make this part rigid, which a lot of other manufacturers do with rods and sticks, but we do with RAST, then the trailing edge is not flapping.

Therefore you get an accumulated benefit? Exactly. If you have a flapping trailing edge then every time it flaps up it makes a reflex wing, which is not good for lift. So if you keep the trailing edge down, the last 50cm of the chord, then every time you get lift you can convert that into more lift and speed. 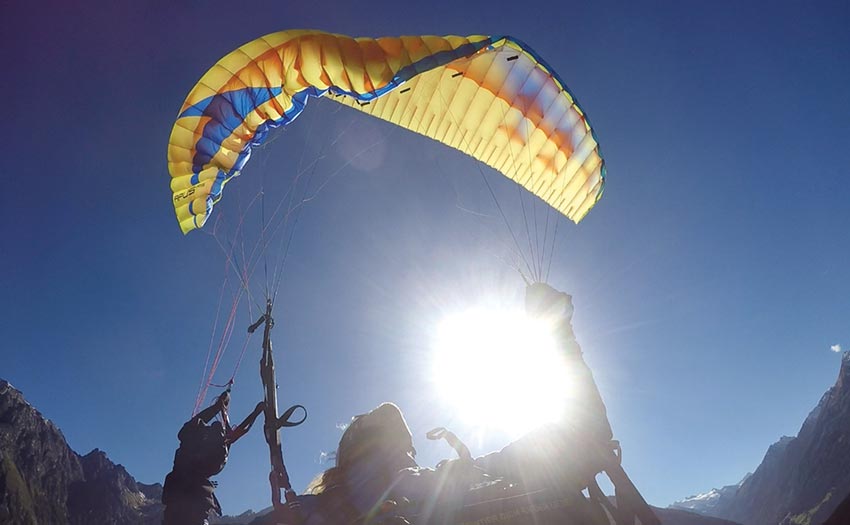 When the wing does collapse, Swing say that the RAST system means less of the trailing edge collapses. The excess energy in the system is redistributed without deflating the whole wing
Photo: Swing

Briefly, what are the benefits when it comes to collapse behaviour? The first thing is if you fly actively you can feel it coming – you brake and you don’t get a collapse. Pull the brakes for a moment, the pressure is high, and it’s not possible to collapse beyond the RAST wall. 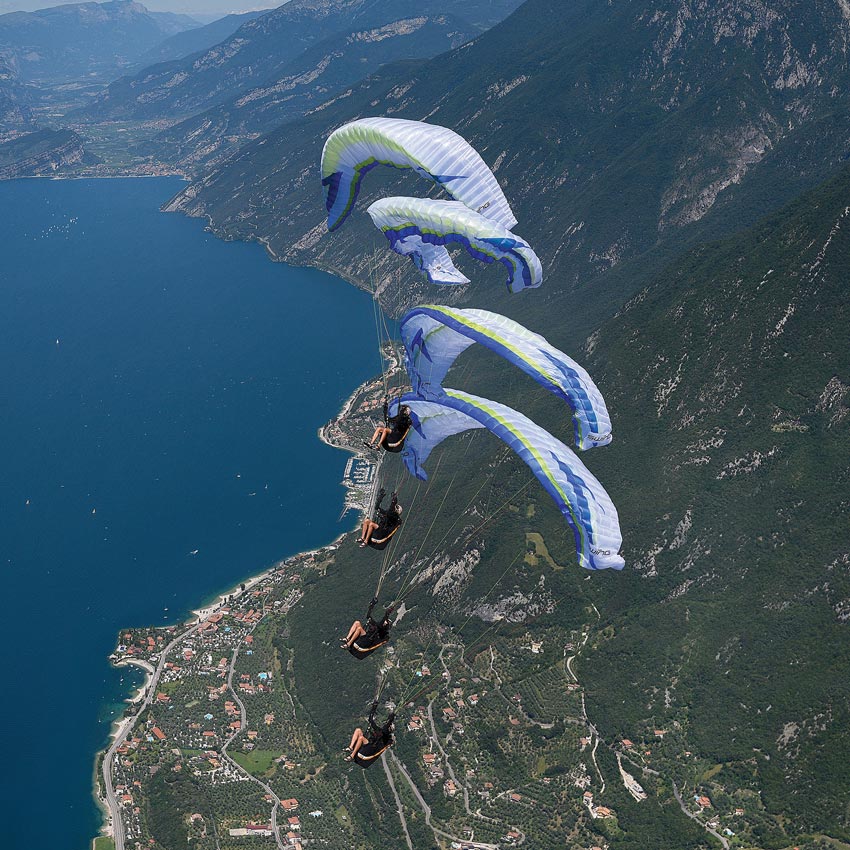 When you are managing a collapse, is there anything the pilot needs to do differently? No. If the collapse is big then of course the pilot should react. But normally in a collapse you don’t have the time to do anything.

What about cravats? There is no RAST in the tips so if you get a small cravat remove it with the stabilo line or by Big Ears. But with a big cravat, say a line over the centre of the wing, then it’s impossible because you can not collapse the wing enough to clear the line. But that is a serious problem!

At the moment RAST is in the low-EN B. What about C and D wings? The next step is the EN C, the Nexus, and we are still working on it. We also have some EN D prototypes. But the problem is you think you are flying a B wing from the feeling! The step up in performance is not enough. With the EN C, the feedback is that pilots want more aspect ratio and performance.

And that change in feel and ease of use is down to RAST? Yes. The biggest problem of RAST is if you have normal pilots and normal conditions then you don’t feel like you have it, but in strong or bad conditions you are glad you have it.

What have other designers said to you? Designers speak to me and they say yes of course, it has to work. Adoption of these technologies take time. A lot of people have tried to find a problem with RAST but they didn’t find it.

Michael Nesler was born in Bolzano, Italy in 1964. A paragliding instructor since 1987 he has been designing paragliders since 1986. As well as numerous paragliders, he has designed parachutes for drones and a specialist parachute system for future missions to Mars.