Action at the Paragliding World Cup in Disentis in 2020. Photo: PWCA
News

The Paragliding World Cup Superfinal kicks off in Disentis, Switzerland this weekend, for a high-level competition that will last from 7-18 August 2021.

The competition is the culmination of the 2019/20 Paragliding World Cup season, which was cut short due to the Covid-19 pandemic.

Unusually, and because of the pandemic, this year pilots have been selected from both the 2019 and 2020/21 Paragliding World Cup seasons.

After wins this season at the X-Alps and the Eigertour he has made a successful return to classic XC competition, with a win at the Swiss Paragliding Championships just last week. Unlike in the X-Alps, where he was flying an Advance Omega X-Alps 3, at the Swiss Open he was flying the new Niviuk X-One, the CCC wing that has been making waves in the competition scene this year. 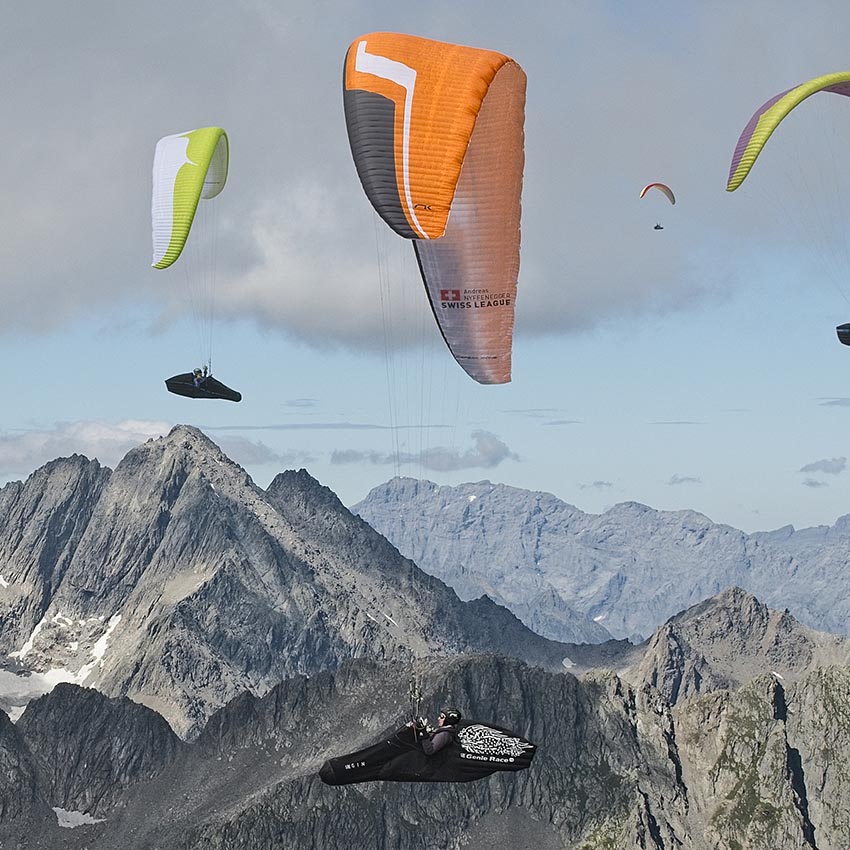 Released last year, this season it has been flown by winners of the US, Russian, Italian and Swiss Paragliding Opens. Jonathan Marin and Simon Mettetal also flew it to first place at the World Cups in Italy and Serbia in June and July.

Around a dozen pilots will be flying the X-One in Disentis, according to the selection list on the PWC website.

Those hoping for an early viewing of the Ozone Enzo 4 look set to be disappointed. Ozone manager JC Skiera said it would not be making an appearance at the Superfinal in Switzerland. “No it won’t. We are working on it but it’s very early days.” 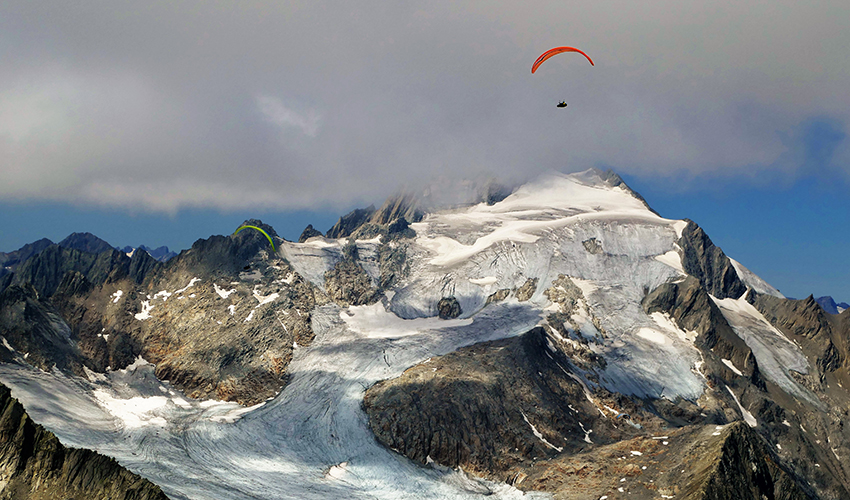 World Cup organisers have labelled this Superfinal “the first Alpine Superfinal” as it is the first Superfinal ever to be held in the European Alps.

Disentis offers superb, often technical mountain flying through spectacular terrain in the heart of the Swiss Alps. Tasks will range between 60-140km circuits and triangles. Spectators will be able to follow through the PWC live tracking on the website and PWC app.

The Paragliding World Cup Superfinal is the highest-calibre classic competition in the sport, and attracts the very best of the best. They have to earn their spot by flying other, shorter World Cups throughout the year.

In normal years the Paragliding World Cup circuit sees five or six standalone one-week World Cups in different locations around the world. The season then closes with a two-week Superfinal to decide the overall Superfinal champion for the year.

The last PWC Superfinal was in Baixo Guandu, Brazil in March 2019 and marked the end of the 2018 season.

Keep up with all the scores, the Live Tracking and competition commentary via the PWC app at live.pwca.org