WHAT CAN WE LEARN ABOUT THE WEATHER FROM OBSERVING THE WIND?
As a supplement to personal weather forecasting, the winds can give important hints as well.
• In the Alps, low clouds coming from the south and high clouds from the northwest indicate a warm-weather spell.
• The opposite situation, with low clouds from the northwest and high from southwest, indicate a cold spell.
• During high-pressure spells along the northern perimeter of the Alps it is common to have winds gusting with variable strength from the east. If these winds prevail during the entire day the high-pressure will remain in place, but if the wind direction turns to west a period of changeable conditions ensue. A decreasing easterly wind at night is a good sign.
• During high-pressure days the valley winds will characterise the mountain regions and the sea breeze the coast.
• If the wind in the northern hemisphere turns left during the day the weather is about to change to the worse. If the skies clear during this process the situation is defined as an intermediary high-pressure, which rarely lasts very long. 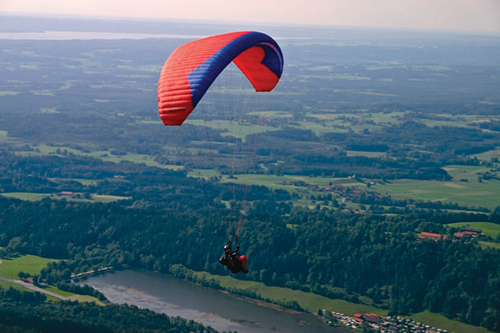 WHEN WE KNOW WHERE THE WIND IS COMING FROM WE CAN ALSO FORM AN OPINION ABOUT WHERE THE AIRMASS IS COMING FROM AND USE IT FOR OUR OWN FORECAST
• The wind strength increases with altitude due to wind gradient. The Coriolis effect causes the wind to turn to the right (northern Hemisphere), by as much as 30-40 degrees in the mountains and 15-20 degrees in the flats.
• So when the wind is turning right, from west to northwest, it means that there is drier air arriving and the skies are about to clear. 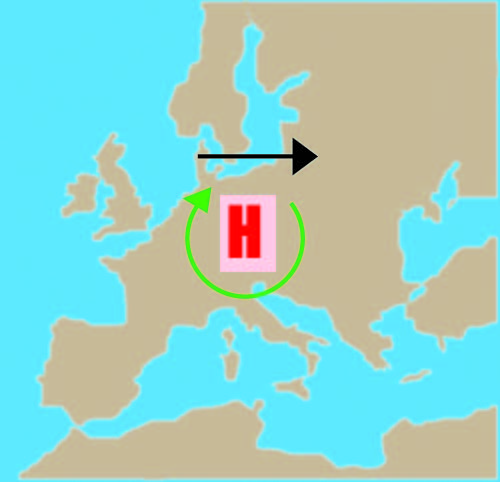 The high pressure travels from west to east, and the wind directions follow clockwise around the centre of the high pressure. In the Dolomites for instance the winds start around the north turning first east, then south. This entire process takes a couple of days

• If the wind turns even further, from northwest to north to northeast, we get cool dry air from the Russian steppes. Prolonged periods of nice, flyable weather!
• Further turning to the right, from east to south, means the intrusion of humid Mediterranean 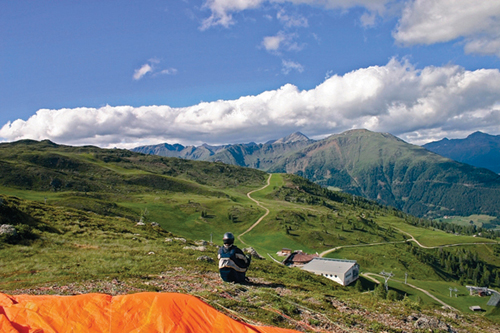 It will be better for this pilot, when the valley wind reaches up to take off. He is waiting for the wind to come up from the front

NOTE: All these tips are for Alpine pilots. There is a good chance that something similar is observable at your home sites, all you need to do is pay attention, take notes and maybe discuss things with more experienced pilots.