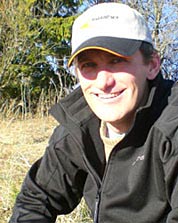 A place in the top ten was the goal in the World Cup in Italy for Alex Schalber, top pilot from Salzburg.

He did more than achieve that goal: he finished in fourth place, just missing out on a place on the winner’s podium, but delivering the best ever World Cup result of his career.

An unfortunate performance in the first task prevented her winning a place on the podium in this event, but ‘Birdy’ still holds the promising second ranking overall among the women in the 2008 Tour.