Great racing conditions, good organisation, fantastic Greek food, folk music and dances and breathtaking scenery made for an ideal week in West Greece at the end of August for the pre- world cup. 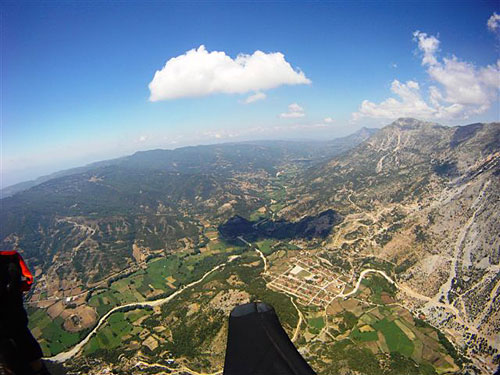 Epic paragliding conditions over the village of Empesos

Italian Luciano Pagnoni and Russia’s Marina Olexina lifted the winners’ cups at the Pre-PWC in Greece this summer, at the end of a fun and memorable competition. Four competition flying days resulted in four good, racy tasks. 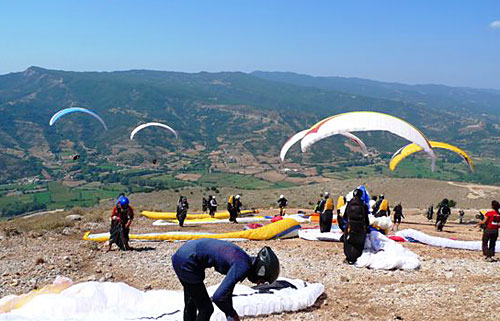 The friendly take-off on Kalana mountain

Joachim Skondras has been a World Cup pilot for many years and flies with the Greek team. His goals as meet director for the pre-PWC were to “expand the fame of the area out of the Greek borders”.

According to Joachim, the mountains and valleys work well and the area benefits from convergence zones where the prevailing light easterlies meet westerly sea breezes. These favourable conditions mean that distances of over 70 km can be covered in less than 2 hours. It is no surprise then that it is the area where most of the Greek records were set.

The only low point of the week happened on day one, when a Greek pilot crashed in a steep and rocky place. Three pilots landed to help him and he was taken to hospital by helicopter, but was happily released ten days later, well on the road to recovery.

All in all the event went well, and Joachim said, “I’m sure Goran Dimiskovski, the president of  PWCA, who attended this competition as a participant and an observer has left with the best impressions. Joachim himself is “very excited” to bring the world’s top pilots here for the World Cup in 2012.

The event is run by Agrinion Aero Club and No Borders paragliding school , so check their websites and the PWC site for details of the event in 2012 . 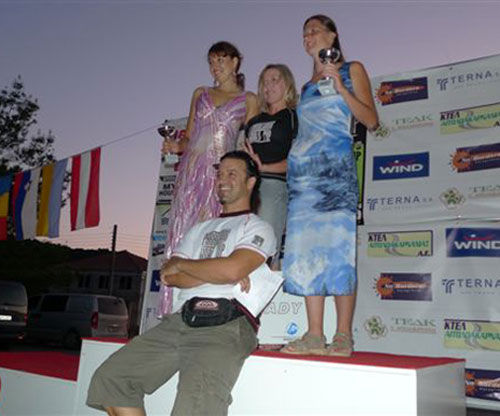