He finished in nine days and three hours, reaching the Peille turnpoint on Tuesday afternoon after a hot and sweaty finish, high temperatures and stable conditions having made progress slow in the southern French Alps. He had to wait until the evening to fly down to the raft and complete the course, due to the restrictions in place in the summer at Monaco. 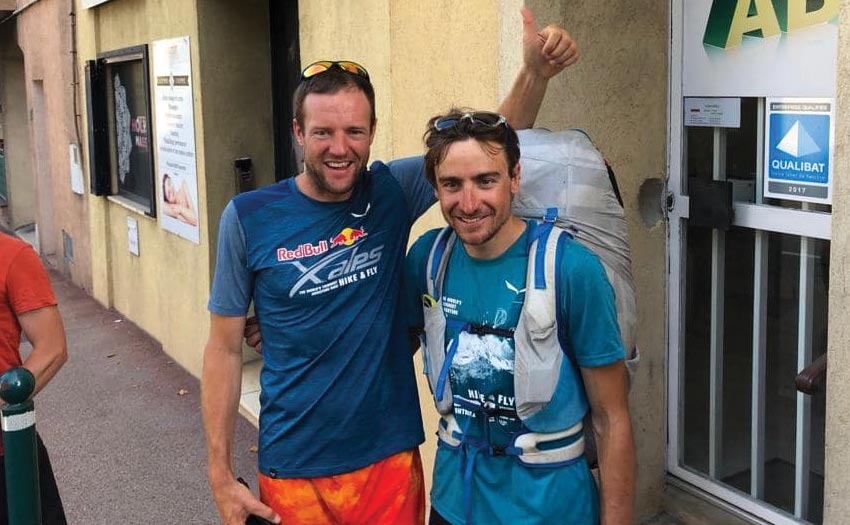 True sportsman: Chrigel went out to congratulate Maxime Pinot on his way to Peille. Maxime finished second in a time of 9 days 21 hours

Maxime Pinot has secured the second podium spot, finishing at 9:30 on Wednesday morning in a time of nine days and 21 hours. Chrigel turned out to cheer the French rookie in. Maxime had given Chrigel a hard race, snapping closely at his heels at times.

The third podium position is still open, and it’s going to be a close-run fight. On Wednesday morning Benoit Outters and Paul Guschlbauer were neck-and-neck, with 85km to go. Benoit knows the territory well as it’s his home turf, but will this be an advantage? Patrick von Känel is just a few kilometres behind these two.

Petiot, Nubel and Durogati are heading for the Cheval Blanc, TP12, flying at up to 3,300m which would suggest flying conditions are pretty good in that area. They are 100km away from Monaco with 24 hours to go, so will be hoping to make it in. Tom de Dorlodot and Simon Oberrauner are also within 150km of goal, but behind them Toma Coconea has more than 200km still to go, and is in the Monte Viso area, TP11.

Although the race ends at midday on Thursday, someone will be eliminated at 6am Thursday morning. Chikyong Ha is currently at the back of the field, but only 23km behind Kaoru Ogisawa. After ten or eleven days’ racing maybe they won’t be too stressed about missing out on the final six hours. Ogisawa, who is currently on his way to the Eiger, has already hiked over 500km, almost a hundred more than Chrigel did in total. Chrigel’s end-of-race stats, from the X-Alps website, are below: 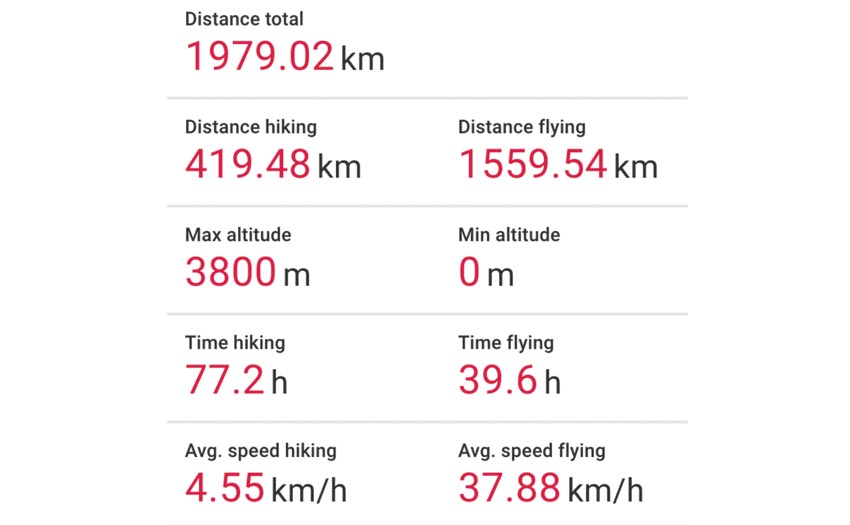 See how the final 24 hours unfold at redbullxalps.com