It's the real thing ... Chrigel Maurer is in peak form ahead of the Red Bull X-Alps 2019. Photo: Marcus King
Comps and Events, News 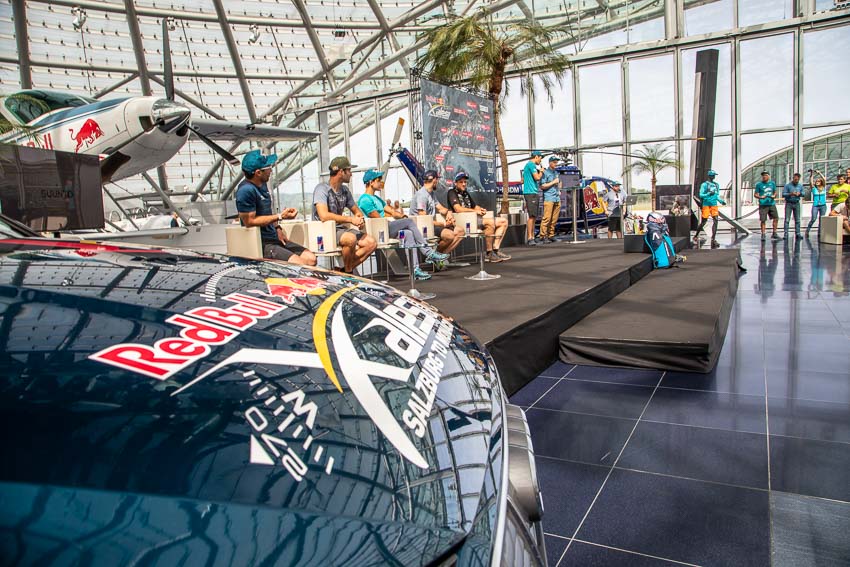 Ready for anything … athletes face the press 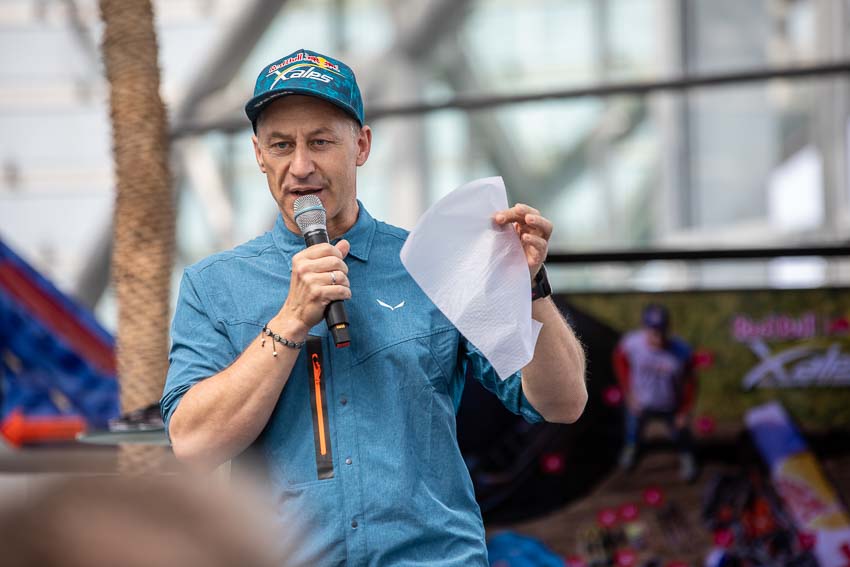 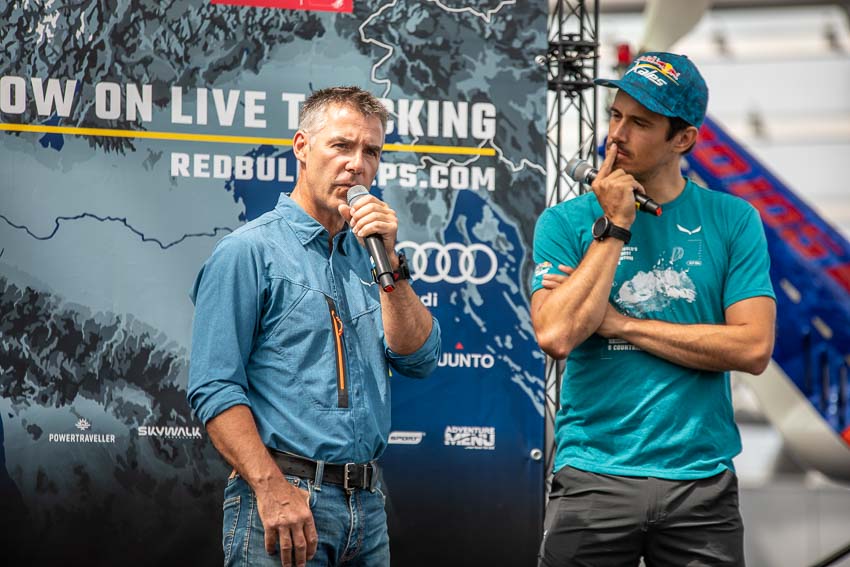 Safety director Jürgen Wietrzyk briefs the audience. “We have snow in the mountains above 2,000m. You can still ski tour in the mountains. The hiking sections will take much more time, and this unfortunately means much more suffering.” Thanks Jurgen! 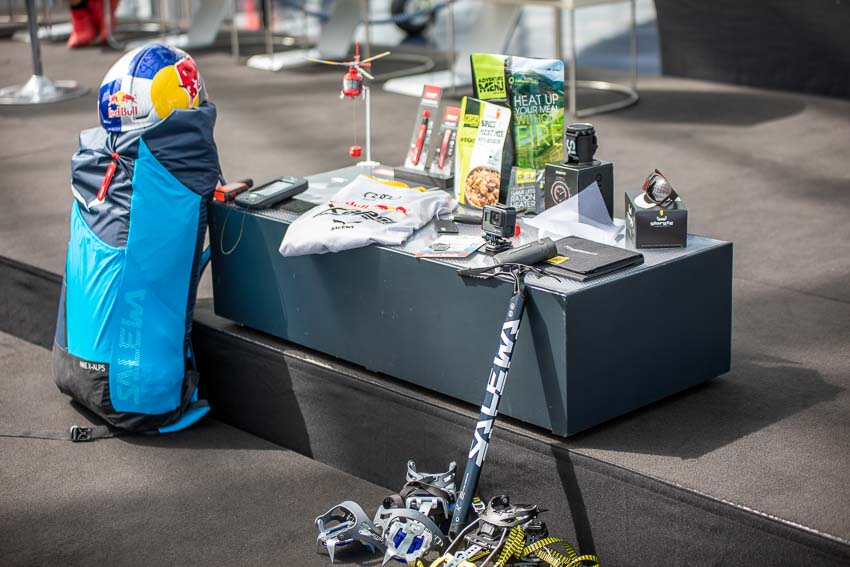 What’s in the goody bag? Everything from a watch to an action-cam to a pair of crampons. 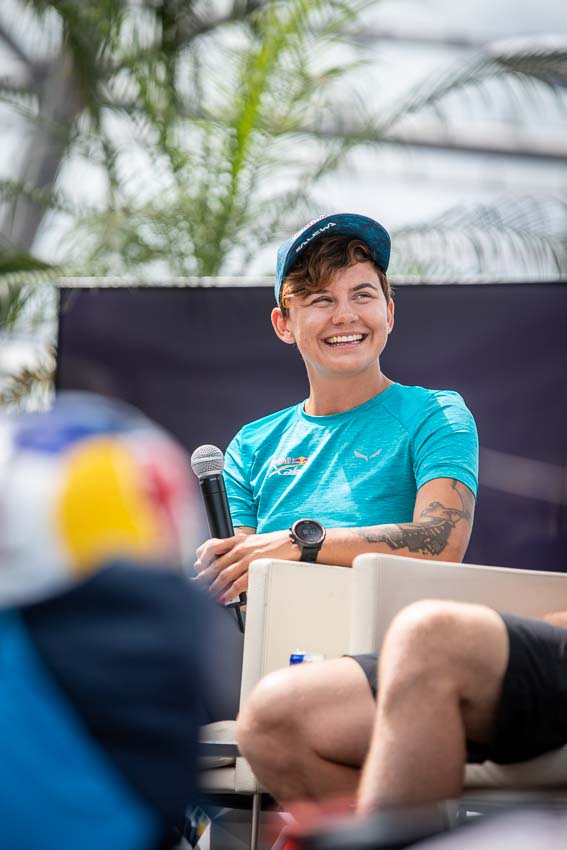 Race rookie Kinga Masztalerz. “It’s awesome to be here. A dream come true. The atmosphere is electric. I’m nervous, but it’s positive. I’ve only been flying five years, so just to be here and to compete is amazing. Everything is completely new – I’ve been stressed out, but you have to keep that under control.” 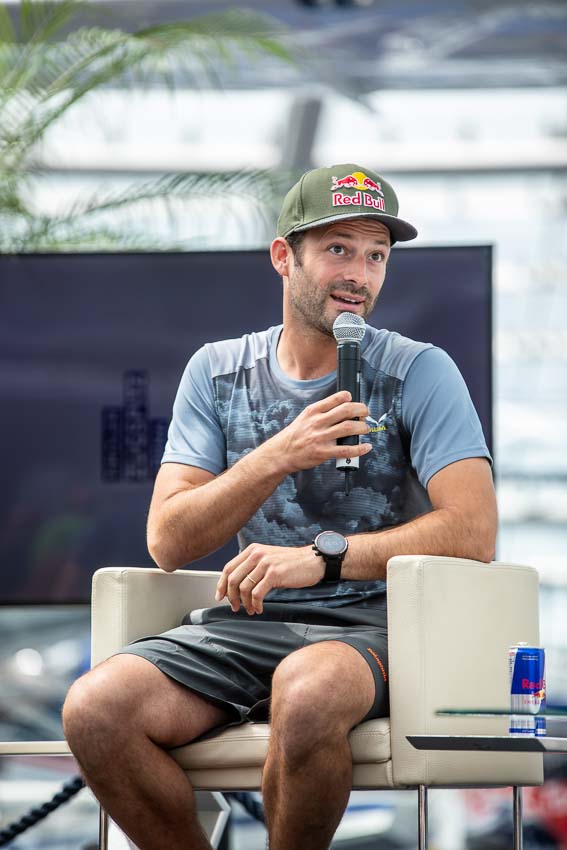 Veteran Tom de Dorlodot, now in his seventh race. “The X-Alps has changed so much. When I first competed I was 21, and my backpack weighed 15 kg. Now it weighs half that, and the level has gone up incredibly. Now, most of us can cover 100-120km a day.” 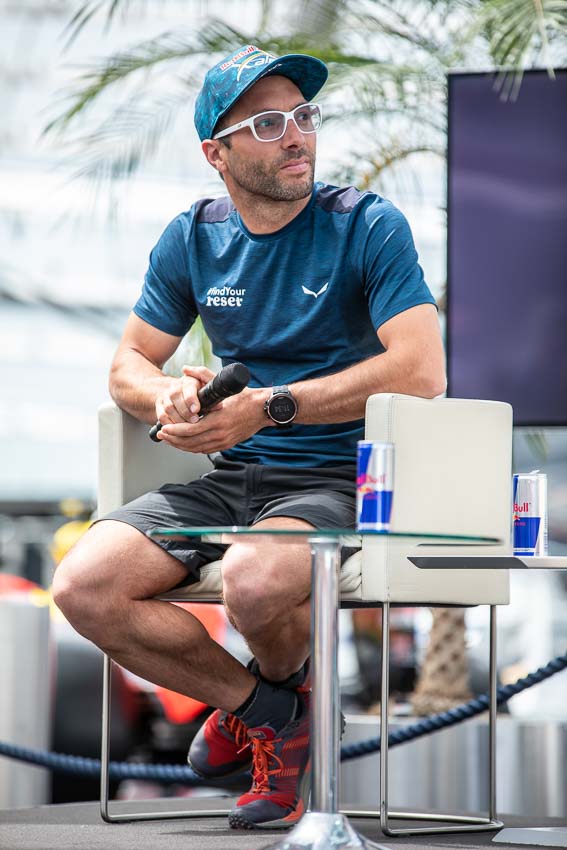 France’s Gaspard Petiot. “My expectation is to reach Monaco, to be fast, and maybe to beat some of the guys, but it’s going to be tough. The French part will be the fastest part, because we don’t have to land that much, and it’s warmer with stronger thermals. I will be able to use my knowledge of France, but for sure Chrigel will use his knowledge of Switzerland.” 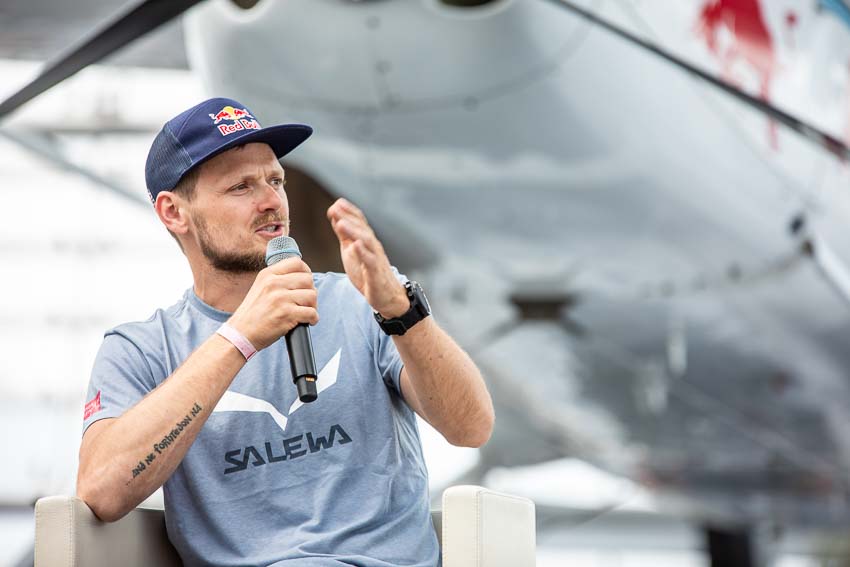 Paul Guschlbauer takes the mic. “When I did the first one I was a rookie pilot, only flying for four years. So the biggest improvement has been in my flying. The most important survival skill you can have is to know your limit and stick to that.” 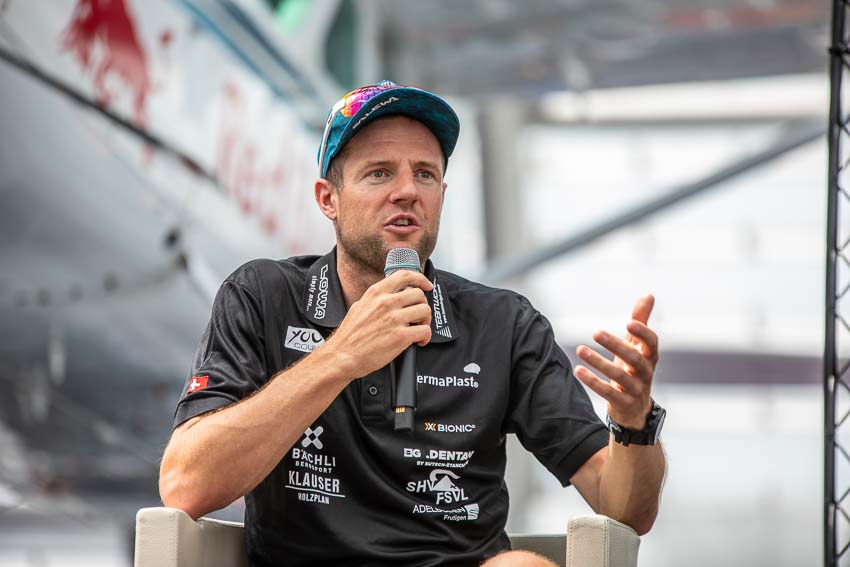 Chrigel Maurer, five-time champion. “I feel in the best shape of my life. I’m 3kg lighter, and fitter than ever.” 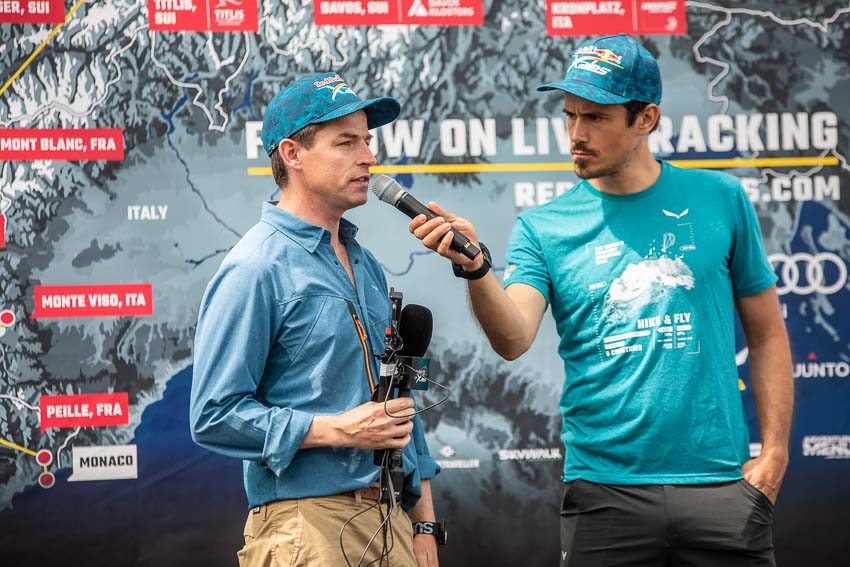 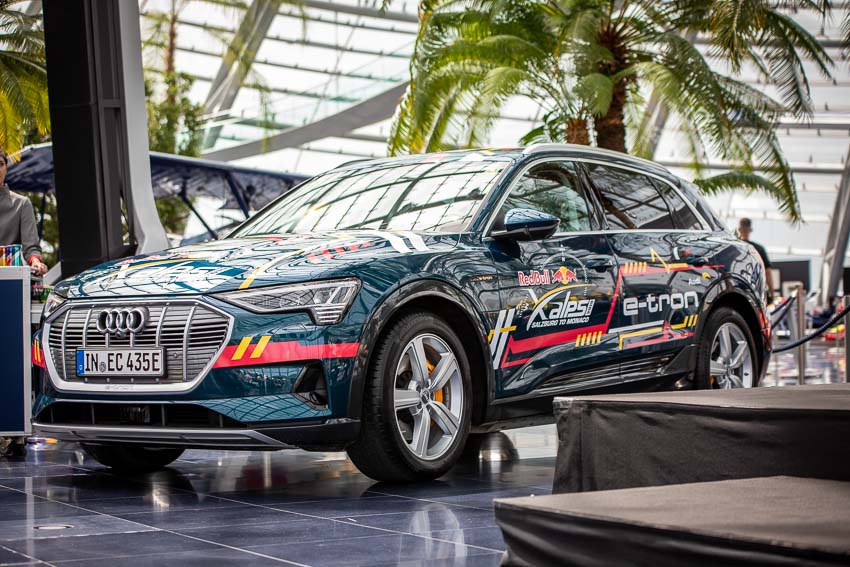 The Audi e-tron is the official race support vehicle. Electric-powered and with a range of about 250km, it’s as far as some of the best athletes might cover in a day. Anyone seen any charging points?!