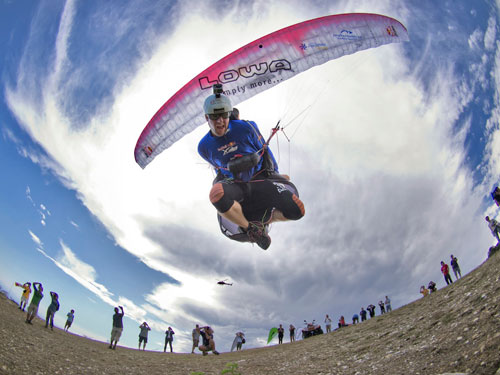 He touched down on the raft at Monaco at 4.22pm yesterday, after a technical and demanding flight through 60km of complex terrain in the very south of France. He made it look easy, like a cat slinking along a fence. 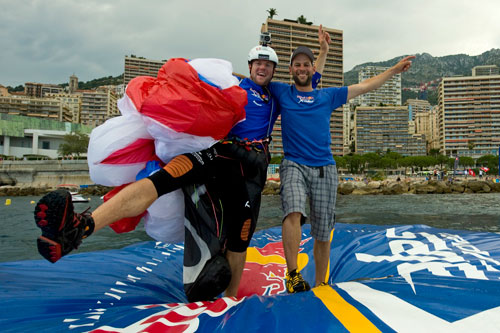 Christian Maurer (SUI1) has won the Red Bull X-Alps 2011, landing in Monaco this afternoon. He completed the 864 km course in just under 11 days, 4 hours and 22 minutes.

Today, Maurer flew over 60 km through the southern French Alps to seal his victory. He arrived high over final turnpoint Mt Gros, and flew an aerobatic sequence before landing atop Peille to the cheers of several spectators.

Maurer was hugged by his supporter Thomas Theurillat before being congratulated by race director Christoph Weber. When asked how he felt, he said, “it’s going to take some time for it to settle in!”

The Swiss athlete said he was surprised to have managed to fly all the way in. 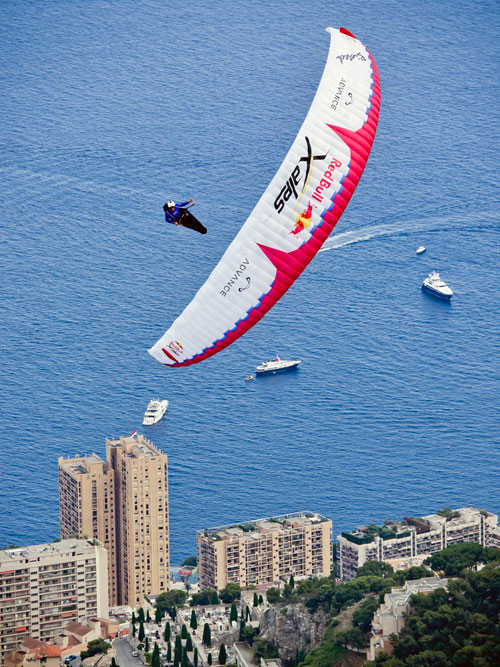 The race is now on between Toma and Paul, both at 170km-ish at time of writing. Some 30km behind them is Martin Muller, who will be pulling on his huge experience to maximise the flying over the next two days. The forecast is good, so nothing about the positions is certain.

At the back, despair for one of the British pilots yesterday. Steve Nash (GBR1) bust airspace around the infamous Locarno and was disqualified for it. Ouch.

The race ends at 4.22pm on Saturday. Until then it’s still on for podium places and final ranking. It’s still all go at the Red Bull X-Alps…