All three “Swiss Warriors”, as one Facebook spectator called them, were flying the Advance Omega X-Alps 3.

The 312km course through the Dolomites started and finished at Levico Terme. The race started at 10am on 23 August, and ended just over six days later at 2pm on Saturday 29th. Patrick finished in three days, eight hours and two minutes, with Chrigel and Sepp reaching goal less than an hour later.

53 athletes were registered to start the race. 21 made goal and six more were still pushing when the cutoff time clicked around, while many had to pull out due to exhaustion or injury. 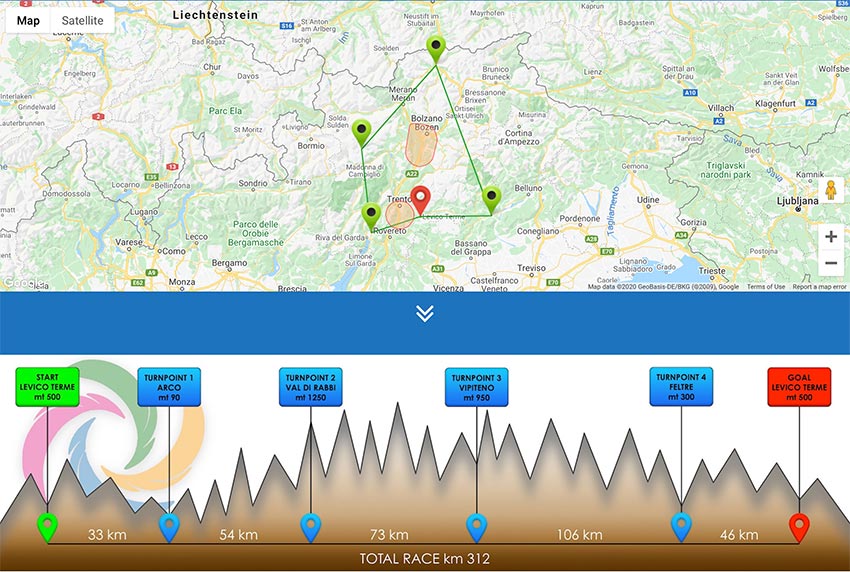 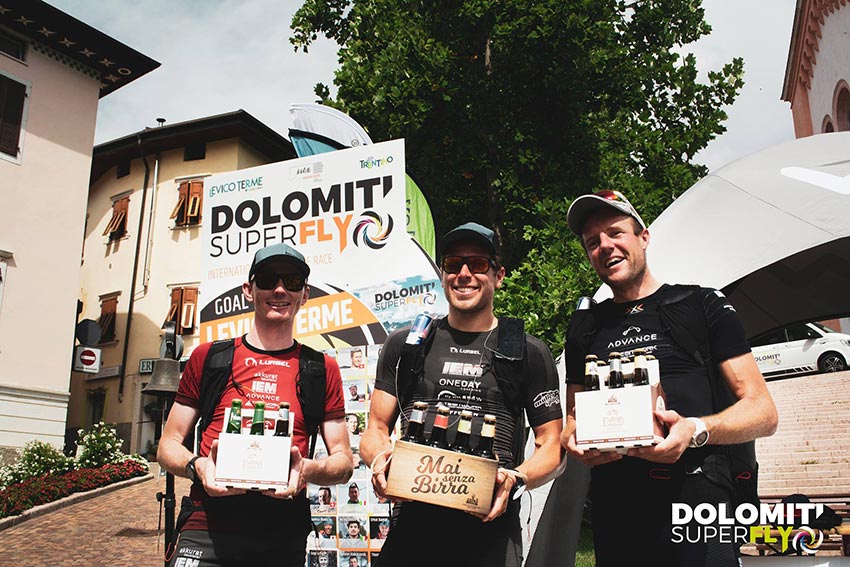 Sepp, Patrick and Chrigel with some well-earned post-race recovery beers