The British pilot finished top of the leaderboard after flying consistently well throughout the competition, including winning three of the six valid tasks that were flown. 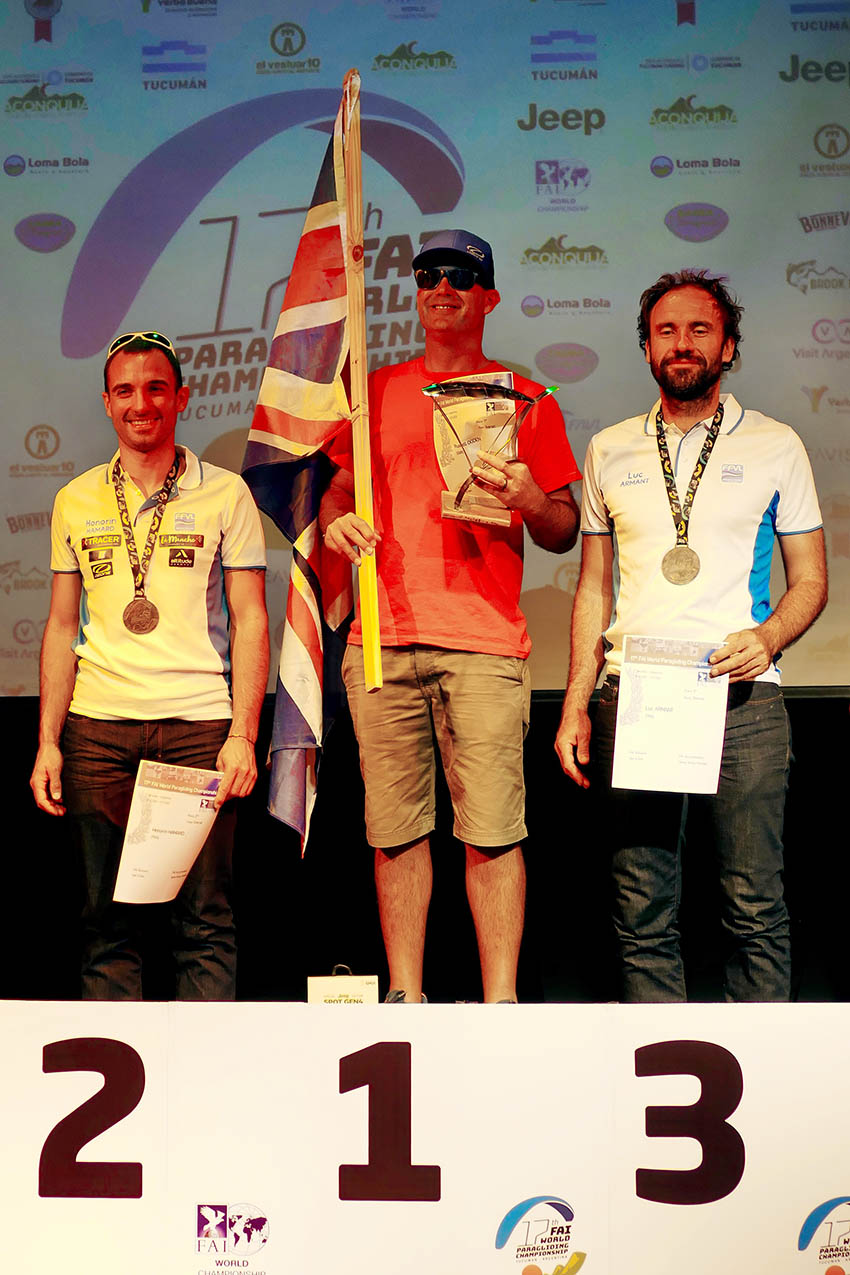 Russell Ogden flies the flag for Team GB on the podium at the Paragliding World Championships 2021. Photo: Ulric Jessop / FAI

The competition came down to the wire, with both Honorin and Russell potential winners as the last task started. The pair raced each other hard over the next three-and-a-half hours, at one point racing almost into the deck. However, both recovered and managed to make goal, with France’s Honorin coming in 10th and Russell in 29th.

However, it was not enough for the Frenchman to take the overall lead ahead of Russell, and Russell ended the comp with a total score of 3,852.9 points, well ahead of Honorin’s 3,818.9. Luc Armant was just 5 points behind Honorin, in third place. 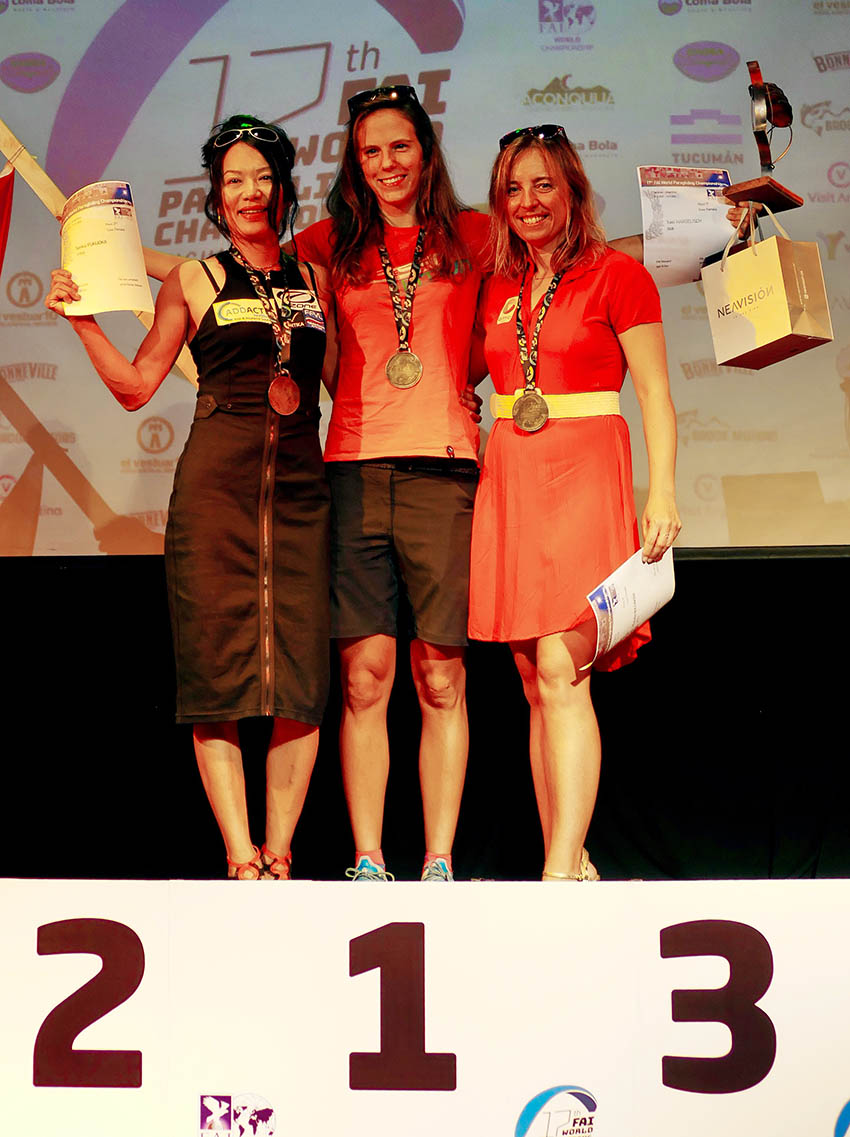 In the Women’s competition, Switzerland’s Yael Margelisch took gold. She beat two-time Women’s World Champion Seiko Fukuoka (FRA) into second place, with Klaudia Bulgakow (POL) in third. Yael, who won silver at the 2019 Paragliding Worlds in Krushevo, was first woman in two out of the six tasks. 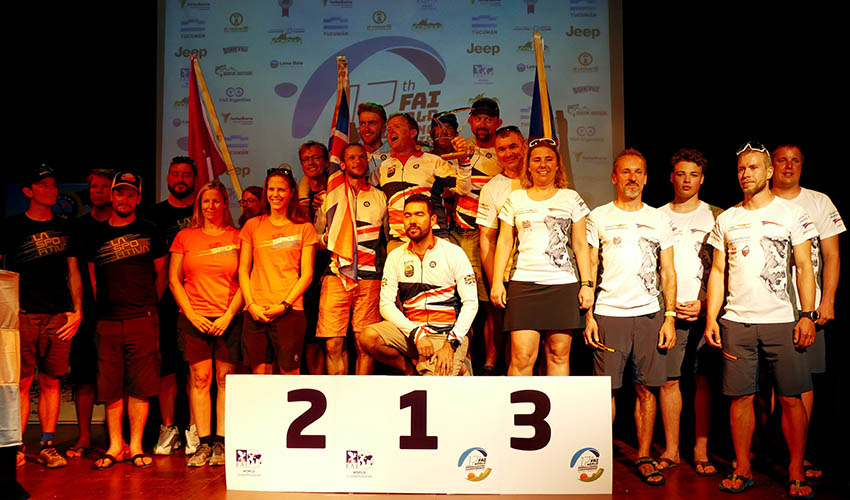 In the Nations competition Team GB won gold, with Switzerland and Czech Republic picking up silver and bronze.

Among the unofficial manufacturers’ competition, Ozone swept the board. All three overall winners were flying Ozone Enzo 3s as were all the women.

On the Nations’ podium, 11 pilots were flying Ozone Enzo 3s, with three on Gin Boomerangs. Overall, more than 100 pilots flew an Enzo in the competition, with 17 in the top 20. The scale of Ozone’s continued domination of the competition scene with the Enzo 3, a three-year-old CCC competition win, is unprecedented and marks out Ozone as still the leading competition brand.

Compounding Ozone’s competition dominance, the top three overall medal winners are all professional pilots who work for Ozone. Russ Ogden, Honorin Hamard and Luc Armant all work in R&D and testing for the company and share an office in the south of France.

The competition finished on Friday 12 November and the medals ceremony was held on Saturday 13 November.