‘I wouldn’t be the least surprised if it is announced today that the Worlds 2011 have been cancelled’. Mads Syndergaard reports from Piedrahita, where two pilots died during task 2 on Wednesday 6 July 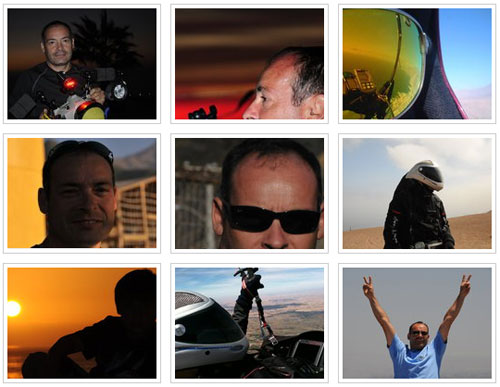 This one is going to be tricky to write; it seems no matter which side of the argument one is on there are going to be strong opinions on the other side. I’m going to start with the task, and offer some opinions later on.

With some thirty people getting zero for the task on day one because of airspace infringement pilots were keen to have a task that didn’t take them close to the problematic areas yesterday. The day had dawned overcast, but by 1000h the skies had cleared and the buses left for launch on time. A task with a pre-start turnpoint at the corral, a start over the town of Piedrahita, a little into-wind leg some 7km towards El Barco de Ávila and then the A07 goal in Ávila was set – 77km in total, with the speed section being around 65km I think.

The wind dummies and air marshals were in no particular hurry to get off the launch, as the day was really looking less than promising. As it turned out the area around launch, indeed all the way up to the pass, was in fact hardly working at all, and quite a few pilots, even some “names”, suffered the intolerable fate of not making it to the start gate. The rest of us fought it out in the very weak lift on the relief, and only very reluctantly moved into the valley for the start gate.

Once we got to the pass things started to look up a little, and the first climb E of the pass was actually a very good one – the day had switched on, and so had the pilots’ racing modes. The day winner, Pepe Malecki from Germany, says he climbed NE of the pass, then glided straight to goal from there! That would be a final glide of more than 40km, from the modest altitude of around 2700m – he must have sniffed out a good line!

Most of the rest had to take another two thermals to get there – but then we did all arrive very high… The climbs in the valley were strong and had, in my view, large areas of “odd” air around them – my thinking now was that they were surrounded by dust-free dust devils – little punchy cores with lots of sink around, until you found the “real thing”, but that is purely speculation since nothing of that was visible.

In any case, Russ Ogden was second in goal, with Ronny Helgesen battling him for it until he lost his wing and had to come down under the reserve – a fate he shared with 2-3 other pilots who were possibly pushing the bar a little too much on the final glide. But all in all it turned into a nice task, a little short considering the conditions in the Avila valley, with 75+ pilots in goal, but as I said a nice task.

Back at HQ for the downloads the faces were looking less elated than usual after a successful task, and the rumour was that we had lost two of our flying buddies on that same day. Pilots here are already very concerned about the fate of our friend Xavier Murillo, and to contemplate that another two of our friends had perished doing what we all love was just too much.

All around the tables in the Vine Tree bar one could see pilots discussing what to make of this new development, but I don’t think any conclusions were reached. At a team leader briefing at 2200h last night it was announced that today would be a mourning day (tomorrow as well?) and that the CIVL was pondering what to do about the whole mess.

I think most pilots would prefer to keep flying – a lot of time, money and effort has gone into placing us all here, not least the overseas pilots, who to make matters worse generally don’t get a lot of support from their federations to come to these events – this means the pilots who have the highest costs of attendance also generally have the highest personal expenditures in this event.

On the other hand, if one sees it from first the CIVL point of view then yesterdays events can really only be perceived as “proof” that all the effort made to make these high-profile events “safer” have been in vain, and although I’m not in general a strong backer of the CIVL decision making I think they could be excused to think that they can’t really “take responsibility” for this any longer.

If you then pause for a moment to consider Steve [Ham] and Calvo [Burns] (Meet Head and Safety Head) – let’s say they decide to push on, but then we have more incidents/accidents? Although we can all agree that this is absolutely not in any possible way due to any fault of theirs, there is also no doubt that they do take a tremendous amount of strain when these things happen, it is simply human nature to ponder “what one could have done differently” when such things happen. I have been there, I know how it works.

So all in all I wouldn’t be the least surprised if it is announced today that the Worlds 2011 have been cancelled. And I do think the Open Class is dead in CIVL events. I’d like to be proven wrong on both counts, but that is how I see it now.

I would like to offer my condolences to the friends and families of the deceased – boy that sucks.