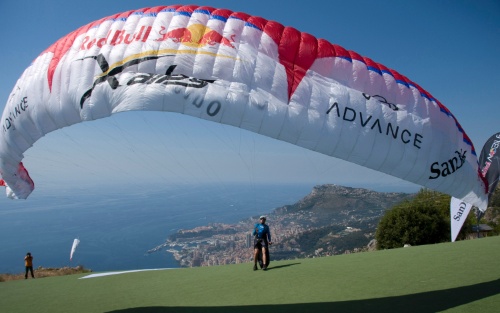 Paragliding and hang gliding at the legendary site of Mont Gros at Roquebrune over looking Monaco on the south coast of France, has been temporarily suspended.

Back in early March 2011 XCmag.com reported that flying activities were on shaky ground after several serious accidents, one of which led to a fatality.

The site has long been used as an SIV/acro training area as well as a winter testing site for both manufacturers and the testing authorities as the warm Mediterranean climate remains flyable throughout the year. However, the number of land and sea rescues carried out in recent times has brought the site under the scrutiny of the authorities. Many of the rescues are put down to visiting pilots failing to follow the safety rules which state that to practice acro/SIV or test wings you must have your own safety boat, driver and life jacket.

The ‘Arret Municiple’ issued by the mayor of Roquebrune states the number of accidents and a 50% increase of an estimated 10,000 flights in 1999 to 15,000 in 2010 as the reasons why flying has been ‘temporarily’ suspended. A lack of control and the resources needed to implement any and concerns for public safety are also cited.

Suspension of all activities starts on the 1 July 2011 and whilst described as temporary, the Arret does not give any date when the ban will be lifted.

The Red Bull X-Alps is due to finish at Mont Gros in late July with a showcase fly down to a floating platform moored of the coast of Monaco. Whether permission will be granted for the Red Bull X-Alps athletes to fly is yet to be confirmed.

Have you flown at Monaco or dealt with a similar situation at a site local to you? If so please leave your comments below.