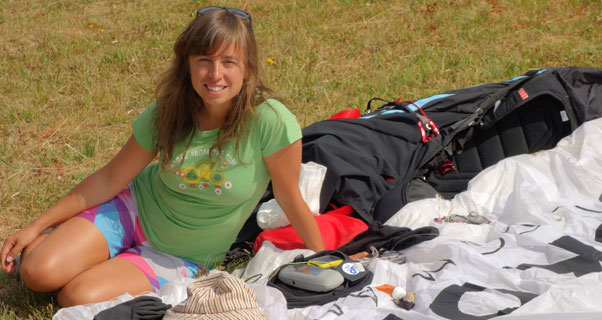 After five tasks it came down to the final day, she says:

The World Championships came down to the last task between Seiko Fukuoka (FR) and me. In goal I got a text to say Seiko had landed 8km short.

I have no idea what happened, because she was flying very well. I knew I needed to attack to win that day.

I can fly alone if needed so I wasn’t waiting for anybody. I was on fire that day. It worked out.

Grab a copy in print or digital here.