Michael Sigel won the Paragliding World Cup Superfinal 2017 in Roldanillo, Colombia at the weekend, after a long battle that saw him take the lead in the last two days of the competition.

The two-week competition, which was billed as the highest-calibre paragliding event ever, finished on Saturday 20 January 2018.

Sigel, a Gin Team Pilot who flies a Gin Boomerang 11, took the overall lead in the last couple of days and was first to goal in the final task.

That final task saw a “nailbiting finish” reported the PWCA organisers. “Michael Sigel, lying in first place overall, raced across the flats, and Nicola Donini in second place, with three other top pilots, raced in from the east, each knowing that first across the end of speed section would be crowned winner.

“After four hours and 16 minutes of racing, Michael scraped in first on his Gin Boomerang 11 and Nicola came in second on his Ozone Enzo 3.”

They added: “This was the best ever finish to a Superfinal.” 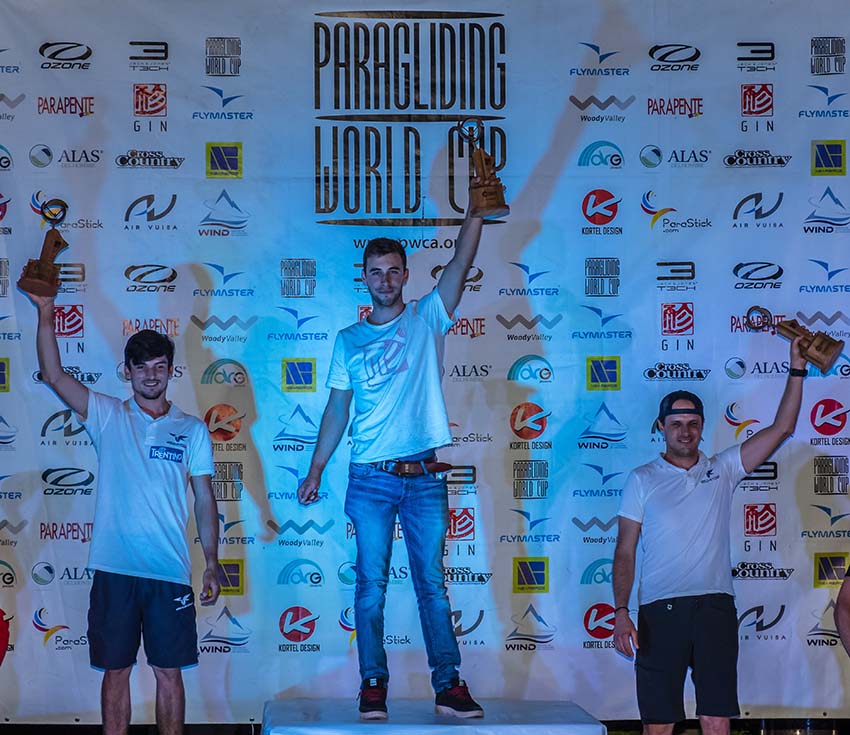 The overall podium at the PWCA Superfinal 2017

The result meant it was a win for Sigel with Nicola Donini (ITA, Ozone Enzo 3) in second and Joachim Oberhausen (ITA, Enzo 3) in third. Honorin Hamard (FRA, Enzo 3) who had led much of the comp finished fourth. 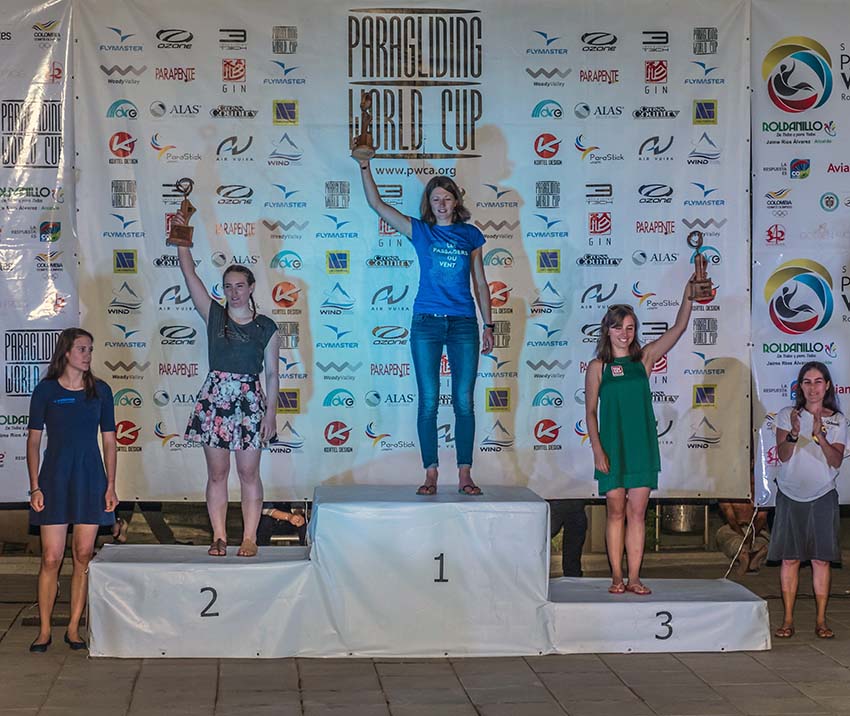 In the Women’s class, Laurie Genovese (FRA, Enzo 3) had a brilliant comp, and finished sixth overall. Meryl Delferriere (FRA, Enzo 3) also finished in the top 10 overall and was second in the women’s class. Klaudia Bulgakow (POL, Enzo 3) was third.

Although held in January 2018, the competition marks the close of the 2017 Paragliding World Cup Season.

Congratulating all 120 pilot who took part the PWCA organisers said: “The Paragliding World Cup would like to congratulate our overall winners in the 2017 Suprfinal – Michael Siegel (Open), Laurie Genovese (Women) and Team Ozone (Teams).” 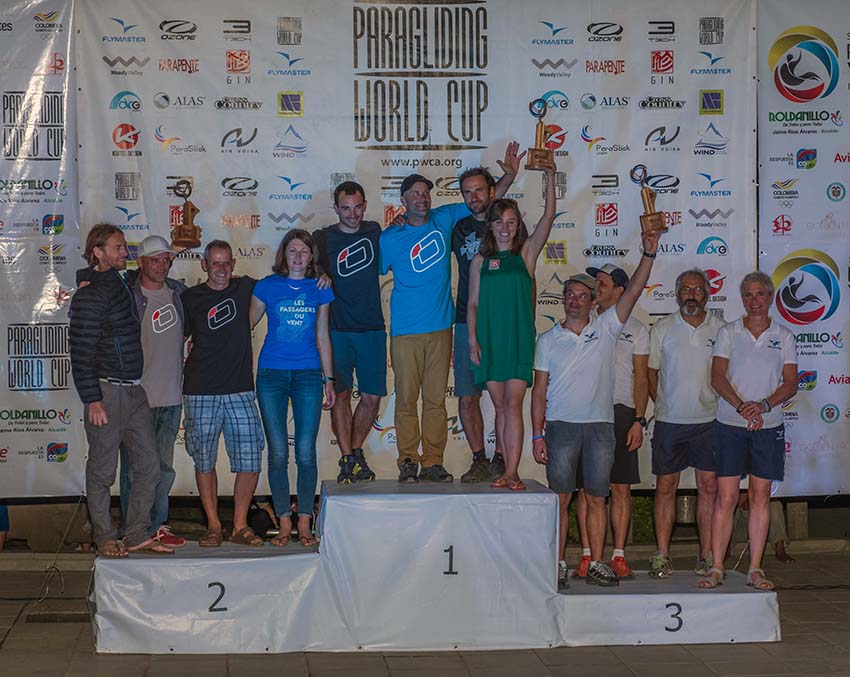 Ozone won the Team class at the Superfinal 2017

The competition was held 10-20 January 2018 and, despite suffering from some unseasonal weather including low cloud, rain and storms, the competition, which had Pal Takats as its meet director, completed nine tasks of between 61-99km.

Full results and dates for the 2018 season at www.pwca.org