Julien Irilli and Nicolas Hairon flew a 208km FAI triangle on a Niviuk Takoo 4 on 19 July 2018; if ratified it will be a new tandem world record.

The flight, which started and finished at Col Agnel in France, took ten hours, reaching a maximum altitude of 3,800km. It was windy and turbulent at times in the Ecrins, Julien said.

The claim supersedes the claim Julien filed in April this year for a 189km triangle; the current record is held by Laurent Fanias (BE) for a 127.1km flight on 21 April 2015. 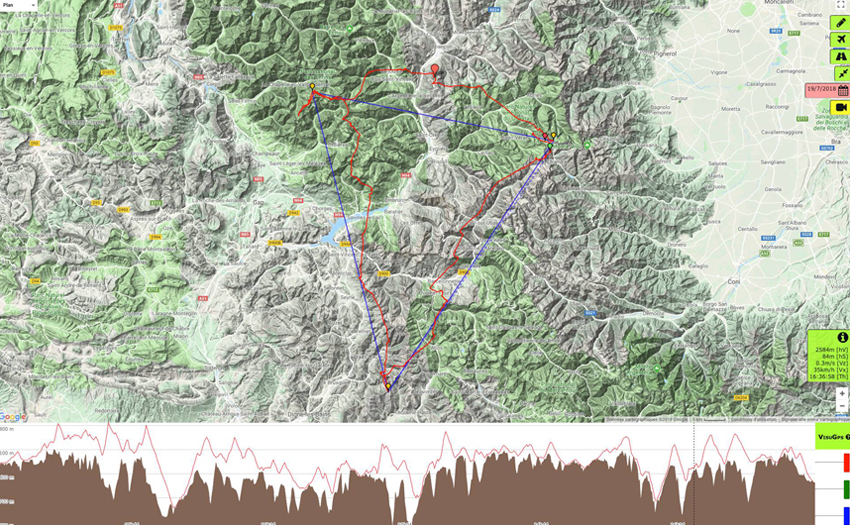