Niviuk's Hook 6 P is the lightweight version of the EN A+ progression wing. The smallest size weighs 3.15kg
Gear News

Niviuk have released their new EN B progression wing, the Hook 6, and its lightweight EN-A+ “Plume” version, the Hook 6 P.

The 47 cells and aspect ratio of 5.3 are the the same as the previous version, but Niviuk say they have increased roll stability in this version to make it more comfortable, while retaining its intuitive handling and “outstanding” manoeuvrability. It’s designed to give pilots confidence, it’s easy to launch, with long brake travel and good stability throughout the speed range.

The standard version is made from 36g/m² Dokdo, with 40g/m² on the upper leading edge. It weighs 4.5kg in the 24m² size. With the Plume version, weight has been saved by using 32g/m² Dokdo on top and Porcher Skytex 27 underneath. It also has softlinks instead of maillons, At 3.68kg in the 24m² size it’s 820g lighter. The lighter Plume version is certified EN A in all but the smallest size.

Both versions have narrower 12mm Kevlar-reinforced risers, which have the added benefit of reducing drag and improving performance compared to the 21mm risers on version 5. 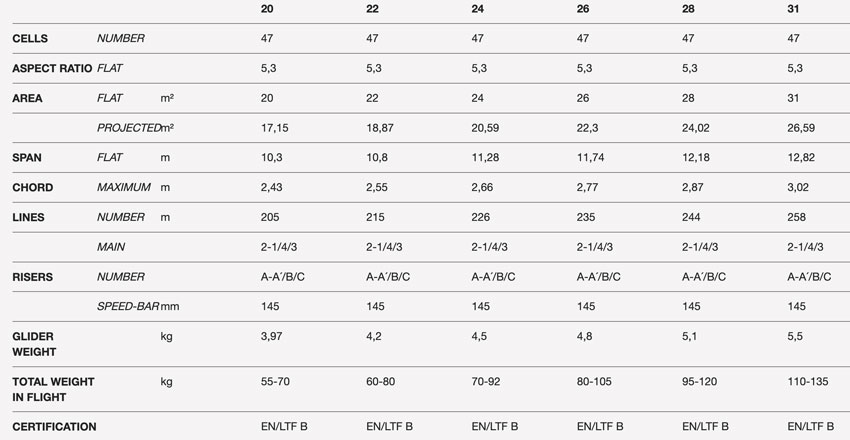 There are several colour choices (four for the Hook 6, two for the 6 P) and an 11-colour palette to design your own combinations.