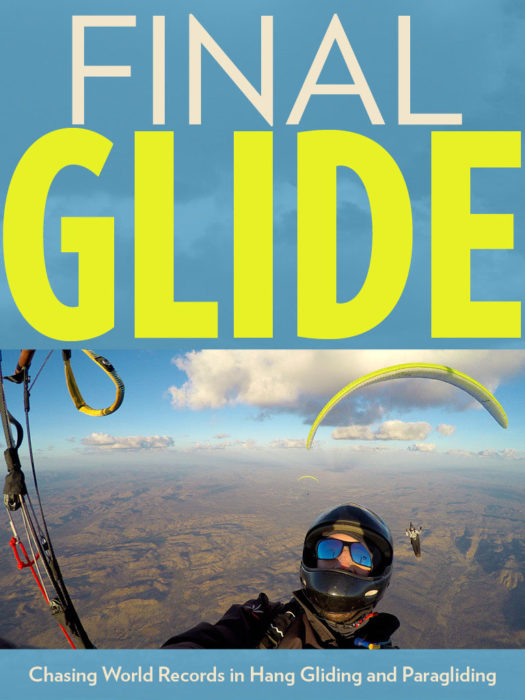 The ebook, which is available on Amazon Kindle at only £1.99, brings together four incredible and classic stories from the Cross Country Magazine archive.

Dragon Slaying, with Nevil Hulett
South African pilot Nevil Hulett goes big-game hunting in the South African outback and comes back with a 500km record. “I could have died up there,” he said.

Final Glide, with Jonny Durand and Dustin Martin
Possibly one of the greatest sporting battles of all time – and all played out in the hot, dry, high skies of Deep South Texas. Jonny and Dustin go head-to-head over 11 hours and 760km.

The Dream Team, with Donizete Lemos, Rafael Saladini and Samuel Nascimento
Almost a year to the day of their 514km record, the Brazilians were back – smashing the paragliding world record to 564km.

All previously published in Cross Country Magazine over the last decade, the stories have been specially re-edited for ebook format, and are prefaced with a specially written introduction.

Together they reveal what it takes to fly a world record, and how committed the pilots who set out to fly them truly are.

Final Glide is available through Amazon for £1.99