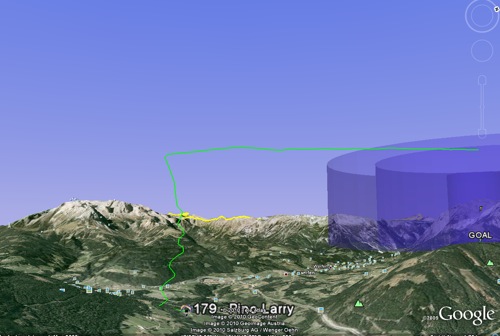 The European Paragliding Championships kicks off today, 25 May 2010. The two-week competition takes place in Abtenau, Austria, and will be the first major competition to feature ‘real-time’ live tracking.

Speaking to Cross Country magazine in issue 129 organiser Stefan Brandlehener revealed the local club had spent €12,000 on tracking devices – the Meitrack GT60 – that work on the mobile phone network.

The result is minute-by-minute tracking of all 145 pilots as they fight for dominance of the Austrian skies. 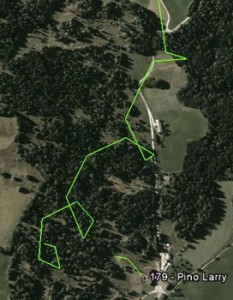 In tests over the weekend and on Monday during a 41 km test task the system worked flawlessly, with organisers and spectators able to see where and when pilots had landed. A reserve throw and descent also perfectly illustrated the safety aspect of the tracking – Spanish pilot Larry Pino’s location was spotted as soon as he had landed. He was fine.

The safety aspect of live tracking is the main reason CIVL, the body responsible for paragliding and hang gliding competition, gave it the go-ahead. Concerns over ground-to-air ‘guiding’ or possible advantages gained by the tracking system were outweighed by the considerable safety advantage of knowing where all pilots are all the time.

Two years ago a pilot went missing at a Paragliding World Cup leg in Spain but the alert was not raised for 24 hours. Confusion over the traditional ‘sign-in’ process meant organisers thought the pilot had already checked back in. That and other similar incidents have kept the issue of tracking systems at the top of the agenda for competition organisers. But technological shortcomings and expense have so far stood in the way of developing a ‘perfect’ system.

Organisers of the Europeans in Abtenau however hope to show the way to a new breed of competitions broadcast online. Stefan expects Vario / GPS manufacturers to one day soon incorporate the technology into flying instruments, and for scoring in the future also to be done in real time.

Meanwhile, all hopes are on the weather getting better. After a good practice day yesterday the first task was cancelled today. The Women’s Hang Gliding World Championships, also held in the Alps, finished at the weekend after two weeks of terrible weather and no flying. Organisers were forced to brush the launches clear of unseasonal deep snow in an attempt to get the pilots in the air, but to no avail.

Full live tracking of the Europeans is available on Google Earth through the European Paragliding Championships 2010 website.

Read Cross Country issue 129 online or on your iPad