Free flight is about aiming for the sky – and the sport’s pioneers and new innovations are helping us fly further every day. This issue celebrates that vision and those who are pushing the limits – safely – to help us all head to spectacular new horizons. 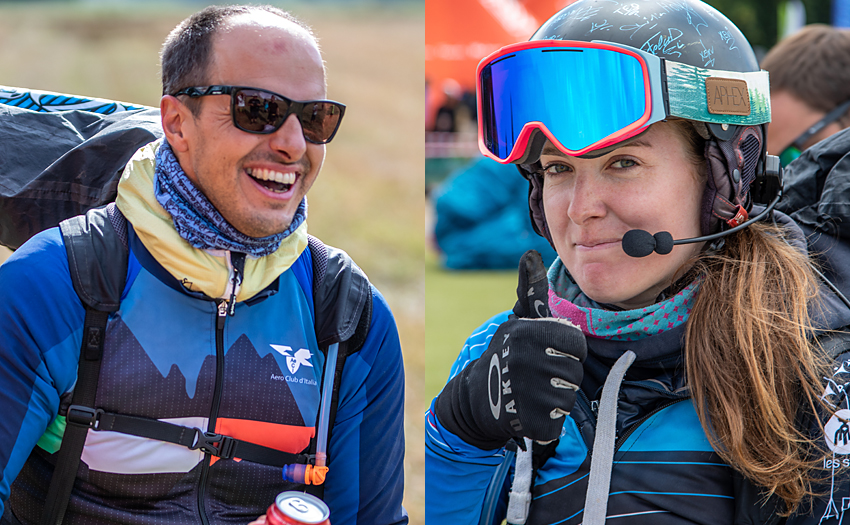 “I take every day as a new day. Each task is like starting again and I try to give 100% of myself to every element of it.” Paragliding World Champions Meryl Delferriere and Joachim Oberhauser reflect on the ten big tasks in Macedonia, how to play the mind game and what it takes to be a champion. 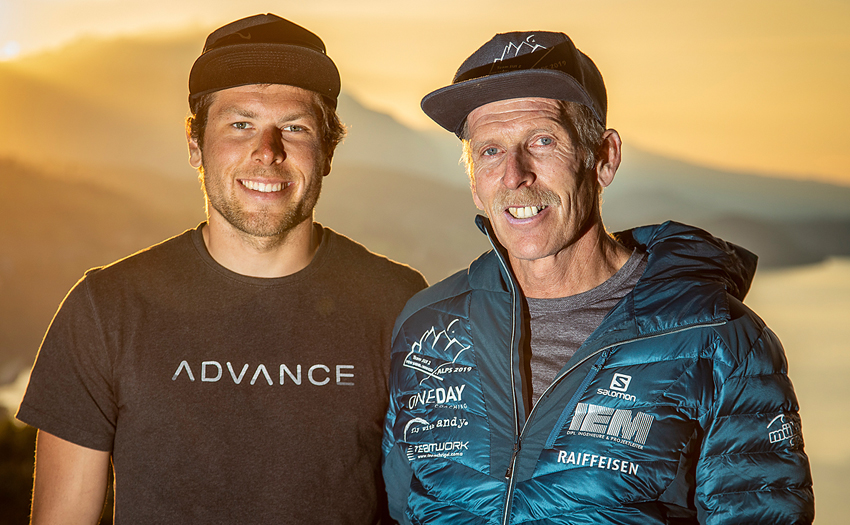 “The wing was actually a parachute. It was a hard time. You needed a really steep slope. The material was porous. You had to run really, really fast.” Father and son Fritz and Patrick von Kanel talk flying family values, the early days of paragliding and having Chrigel Maurer as a mentor. 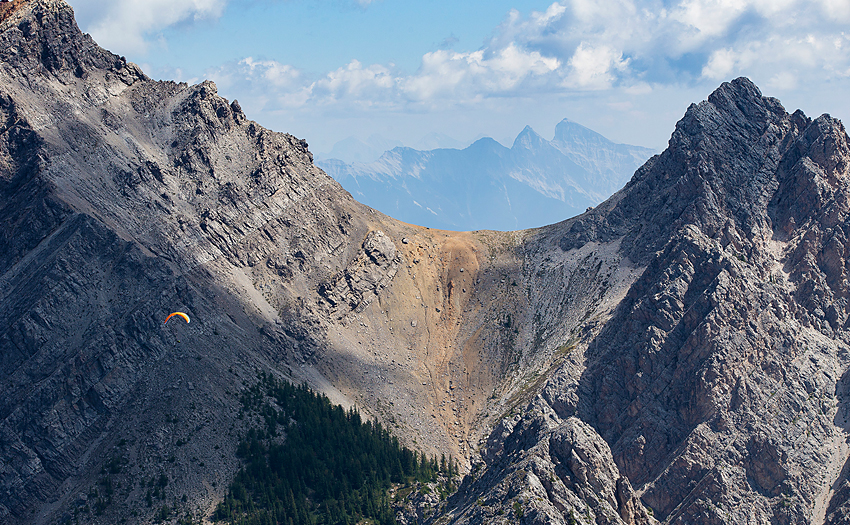 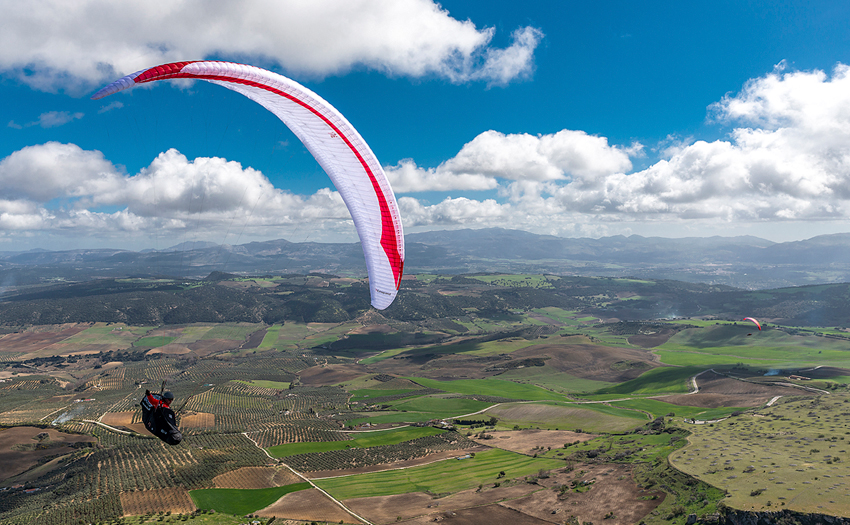 “The Leopard is a born racer with the fastest speed of any glider we’ve tested.” GIN’s new EN-D two-liner is a straight-up speed machine that has real bite in the flatlands, says Hugh Miller. 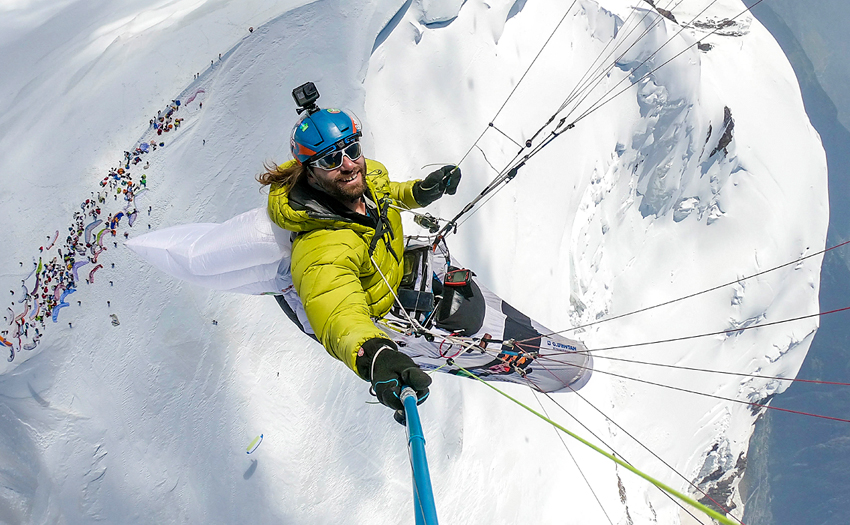 “We climbed the last few hundred metres to the summit in some of the silkiest air I had ever experienced. But I’d spent more than an hour at over 4,000m so did one 360 over the summit, sucking in the air and the views.” Overflying Mont Blanc like Antoine Girard, pictured, requires the perfect forecast and a whole load of determination – especially when you’re in Spain when the conditions turn right. But it’s worth every ounce of effort, says Richard Barber. 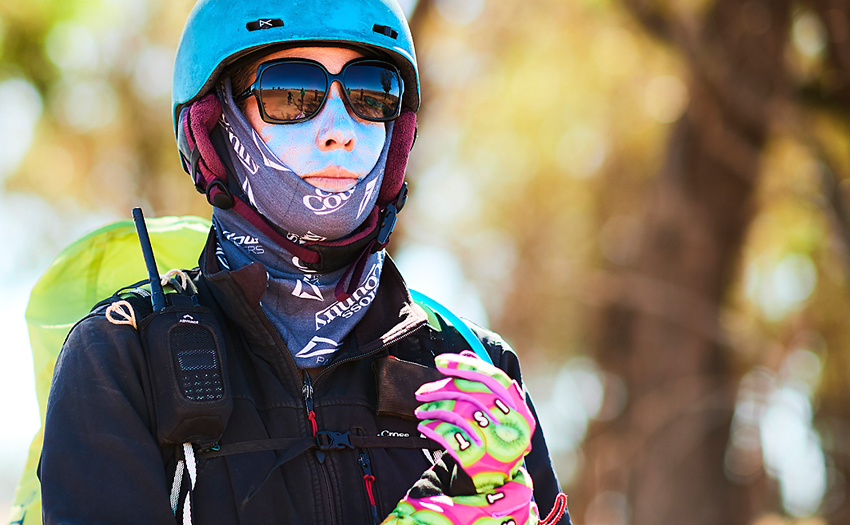 “Getting more women to stay in the sport and start stepping into leadership roles will introduce a diversity of thought that can bring new solutions to old problems.” Free flight would benefit from more women playing a central role, says Kirsten Seeto. She shares her thoughts on how paragliding could be a sport for all – and thrive as a result. 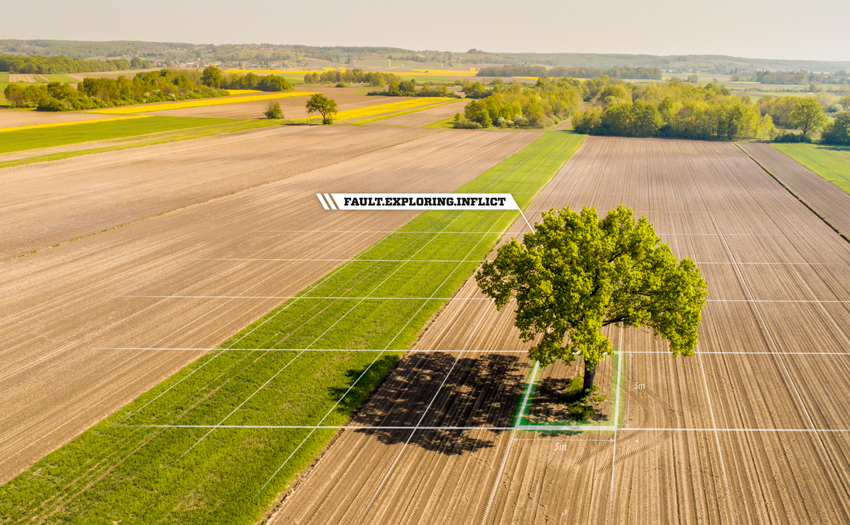 What3Words is an app that converts any location on Earth into a three-word code – and emergency services are signing up. So when James Allen landed in an oak tree under his reserve, he logged on and discovered just how it works. 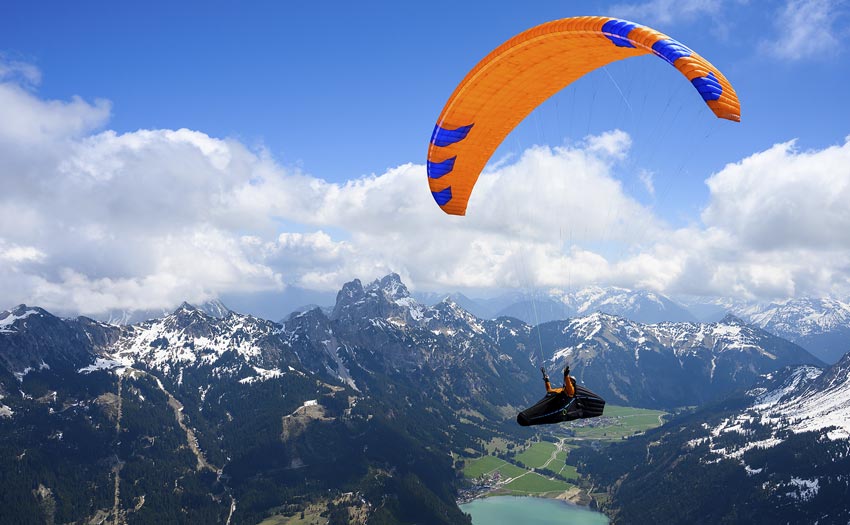 “The Maestro really put a smile on my face. Direct, precise handling and a good feel make it a joy to fly.” Phi’s gliders have become the talk of the sky – and their new high EN-B takes the range to a whole new level, says Marcus King. 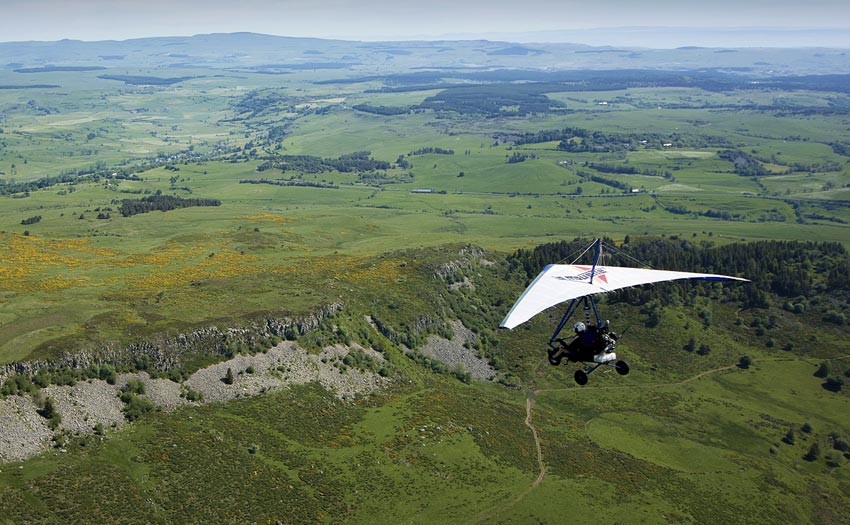 “Carved down the lip of the huge and timeworn crater is a big glacial valley, now filled with pasture and dramatic cliffs. The perfect place to spend the night, in the middle of nowhere, away from civilisation, and complication. Landing like a feather anywhere the wind blows. Freedom.” How best to explore the wonders of central France? Try an unusual vol-biv on La Mouette’s Samson trike, says Laurent Thevenot. 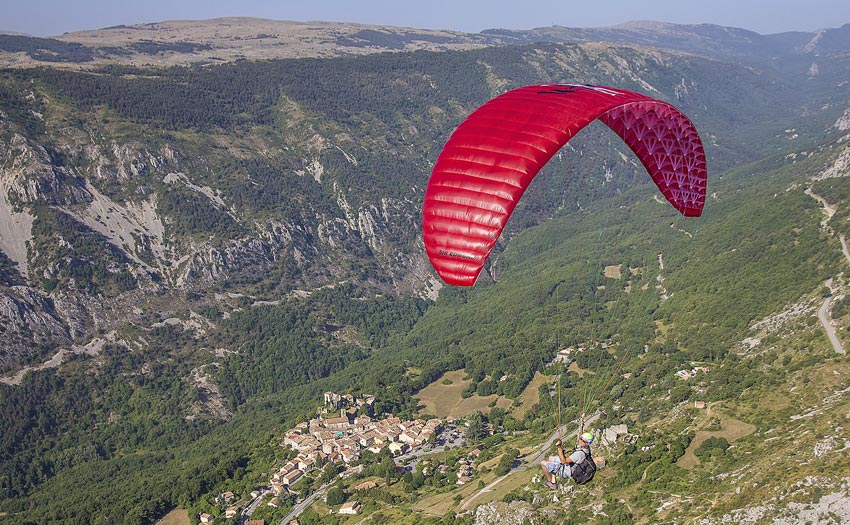 “It’s totally at home in the mountains, where its all-round behaviour and good speed make it perfect for adventurers.” Single-skin gliders have really come of age, says Marcus King. Exhibit A: Skyman’s Sir Edmund Race. 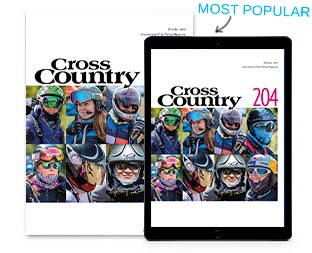