The plain out in front of launch at Clopotiva is surrounded by mountains and hills, offering varied flying. Photos: Iulia Jurca
Comps and Events

Clopotiva offers an amazing variety of terrain for paragliding. Fields give way to tree-covered foothills, which rise up to the 2500m high rugged peaks of Papusa and Peleaga, the highest in Transylvania. The plain out in front of launch, surrounded by mountains and hills, is ideal for everything from triangles to concentric circle tasks. 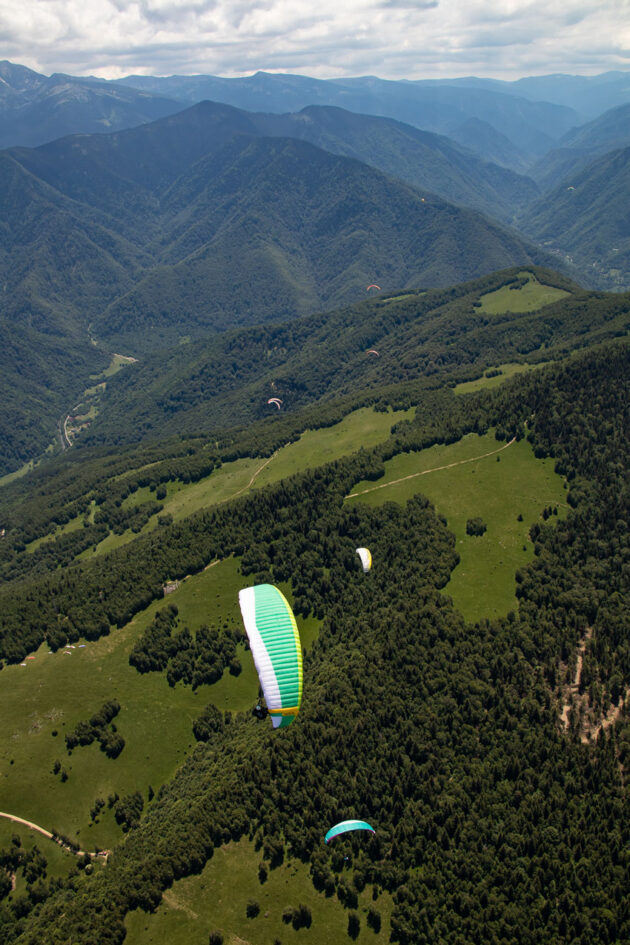 The alpine landscape around the peaks is dotted with glacial lakes. Horses roam freely, along with wolves and bears. In the air, eagles show the humans how to fly.

Not many top-level competition pilots have flown here before, except for local superstars Cristian Deacu and Selever Bogdan-Tudor. Thirty new pilots will be flying alongside some of the circuit’s most worldly-wise: Armin Eder, Marko Novak and Pepe Malecki. Six pilots taking part have already been on the top spot, including ex-World champion, Joachim Oberhauser.

Pilots from 23 different countries will be competing, flying in from as far afield as Australia, New Zealand, South Korea, Japan and Brazil. Manuel Quintanilla, well known for spicing things up at the front of the pack, will be joining us from Mexico.

Both UP and Davinci Gliders will be putting RFC (Ready For Certification) wings through their paces here in Romania. To find out who can fly the highest and fastest in the land of Count Dracula, tripe soup and plentiful wild mushrooms, tune into the PWCA website and live app.

All the results will be here. You can also follow on Instagram at @officialparaglidingworldcup and @pwc2022_clopotiva. Meet the competitors through the pilot photo gallery and keep up with the action at World Cup TV.