The competition was held in Saquarema, Brazil between 23 and 29 April 2022. Scoring tasks were held on six of the seven days.

Pasquale takes the title from France’s Alex Mateos who has held it since 2014 but for whom engine problems saw him score zero in two tasks. He finished in fifth place, and missed out on taking the title for the fifth time.

France dominated the nations. The seven French pilots who were in PL1 class took second to eighth positions after Pasquale; they also occupied first and second places in both PL1 and PL2 categories.

Vittorazi, who presented their electronic fuel injection system at the competition, were very happy with their Vittorazi Racing Team’s results: the whole PF1 podium were powered by Vittorazi engines, as well as the winner of PL2, and third place in PL1.

Ozone were also very pleased with their results. The winners of both PF1 and PL1 categories, Pasquale Biondo and Boris Tysebaert, were both flying the Viper 5. 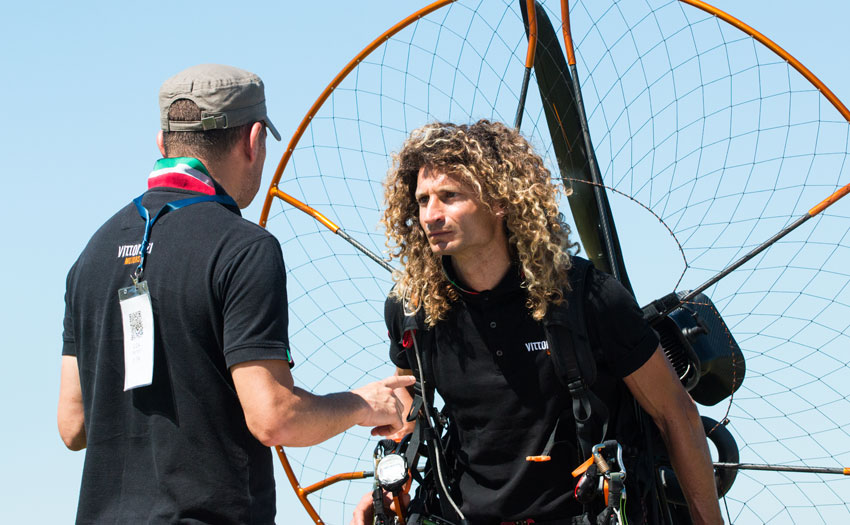 Only two women competed in the class. Marie Mateos was the first-placed woman and eighth overall with 5115 points.