The new Advance Impress 4 is finally here. The much-anticipated harness has been a talking point ever since a prototype was unveiled at the Coupe Icare in September last year.

Now, just as flying in Europe starts to come out of lockdown, it has been released. Deliveries are expected to start in June.

A key characteristic of this top-end harness is the rear spoiler, which Advance say is “absolutely stable in turbulent air”. 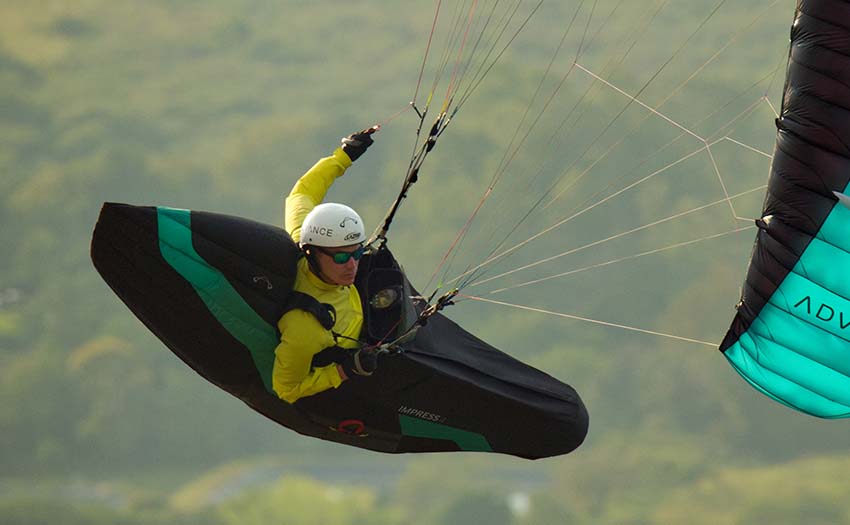 They said: “The Impress 4 is the first fully-equipped cross country harness with an aerodynamically optimised tail spoiler which will fit in any normal paraglider rucksack.

“It’s lightweight at 6.4kg and the folding line across the back makes it convenient and easy to pack in the rucksack.

“Perfect aerodynamics received our closest attention for this high-end harness. The result is a crease-free, streamlined silhouette for maximum performance.

“A non-return valve does not allow the spoiler to deform or empty, even under large changes of relative airflow.”

The harness can be flown with or without seatboard. It’s aimed at all pilots from “leisure XC” to “cross country champions.”

Look out for the review of it in a future issue of Cross Country magazine. We’re flying it now!