In 2015 Cody Tuttle discovered paragliding and Nepal at the same time. He fell in love with both. Photos and words by Cody Tuttle

Imagine a place where you could fly with dinosaurs, soar amongst the world’s tallest mountains, and experience a rich culture nearly frozen in time. Now snap into the reality of one of the world’s most polluted cities, corrupt government, and severe poverty.

Welcome to Nepal: a magical place full of awe and wonder, yet barely hanging on to the 21st-century of development; the birthplace of Buddha and the home of Mount Everest; a country of only 28 million people, yet divided into scores of social castes that determine your place in society. Welcome to the great and mighty Himalaya. 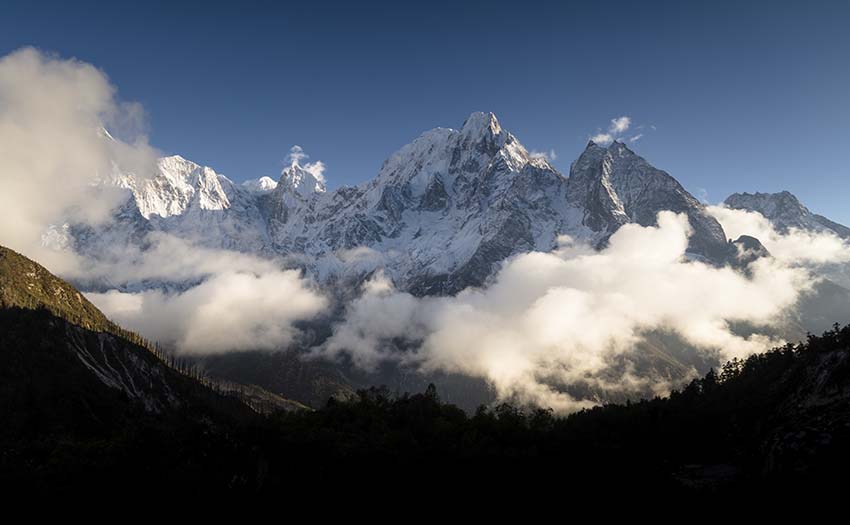 I will always remember the moment when I stepped off the plane and landed in Kathmandu, the capital of Nepal, for the first time. My senses were overloaded and my draw for adventure overwhelmed. Claiming your bag at the Tribhuvan Airport was a monumental accomplishment in itself. A room full of excited travellers all searching for their backpacks on the two conveyer belts that only operate part time. Most of the bags were simply piled high in the corner without any sense of organisation.

I would never imagine a single trip would change my life, my entire existence, and my future, like the first time I stepped foot in this tiny country. Nepal is a place that mountaineers and pilots alike dream about visiting one day. Home to the world’s tallest mountains, fastest rivers, and a deeply rooted culture unlike no other. Any chance to travel to the Himalaya would be a trip of a lifetime.

In 2015 I found myself clipping into a paraglider for the first time. I was assigned to photograph the sport with California native and XC pilot Dave Turner. The art of free flight had intrigued me for several years, but this was the moment when it all clicked.

Dave and I both call the Owens Valley our home and have explored these mountains from the bottom up on countless alpine ascents and nights spent sleeping on El Capitan, in Yosemite Valley. This would be the first time that I would see these summits from the air. From the very first flight I was absolutely hooked and that night schemed up a plan to talk my wife into letting me buy a paraglider. Long story short my plan worked and I found myself standing at the top of the training hill a week later with a very well used wing and enough excitement to fuel this soon-to-be obsession for many years to come.

With only 60 days before leaving on my first Himalayan climbing expedition, I was fully distracted by the beauty of paragliding. It was all I could think about. I knew that I had to find a way to squeeze my paraglider into all of my expedition gear and take it with me to Nepal. I never knew how much travelling with a paraglider would quickly complicate my baggage allowance for international flights. I opted to leave out any luxuries that I would have taken to basecamp, Annapurna 1 (8,091 meters), all so I could bring my glider along. 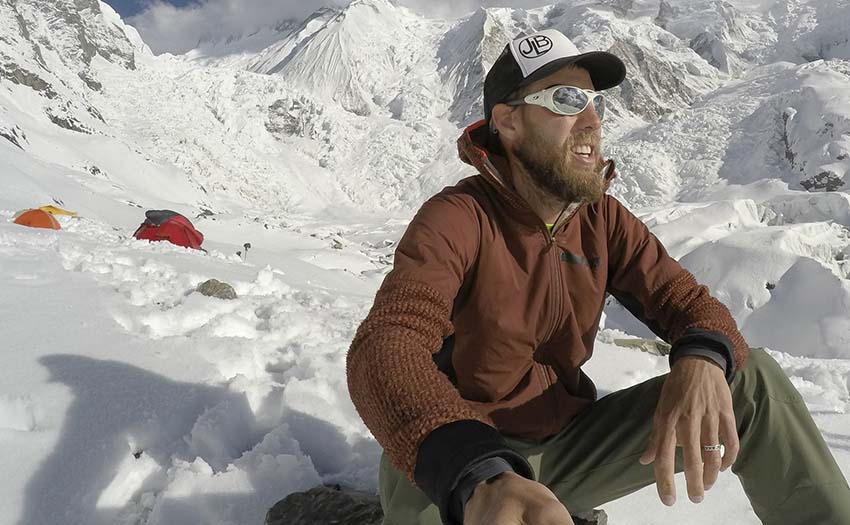 On the days I found myself sitting in basecamp I would break out my glider to practice my ground-handling. Little did I know at the time I was trying to kite above 4,000m in a venturi at the base of an 8,000m mountain. Conditions were far from ideal. The Nepalese thought I was crazy to bring such a big kite to play with as we watched the winds tear through the mountain passes. I was getting dragged all around the glacial moraine laughing and having the time of my life. Needless to say I learned a lot in those few weeks.

Sitting in my tent at 6,000m all I could think about was flying. I think its distraction actually helped me sleep at night as avalanches ripped past our tent. We wore wax earplugs to keep the sound of car-sized ice-blocks falling above us from waking us up. I would visualise myself standing on launch in shorts and a T-shirt soaring the California cliff-side as I lay in my down suit shivering, waiting for the storm to pass.

“Why am I up here?” I asked. I used to think that I needed to push myself to suffer in order to have an experience that would change me deep down inside. The suffering would push you to overcome both physical and mental barriers uncovering truths about yourself that may have never surfaced otherwise. I would later find out that flying paragliders would also have this same effect on me.

Waking up to fresh snow on our tents, we decided to retreat back to basecamp and wait out the storm. The forecast showed three more days of snow high up on the mountain and we didn’t need to sit it out in our tent where we risked being hit by an avalanche in the night. Many of the teams who were climbing with supplemental oxygen had made their first attempt on the summit the day before and were also forced to retreat due to weather. The mountain was empty. All parties were back in basecamp, sipping tea, and eating dal bhat, rice and lentils. We had no idea what was about to hit us.

The earth moved in a way I never thought possible. It was as if you were standing on top of a big wave, oscillating back and forth. It was debilitating. Everyone started to run towards the ridge away from the cliff where many large seracs (hanging glaciers) hung over our heads. The clouds were low so we couldn’t see much, but the sound of falling rock and ice surrounded us. 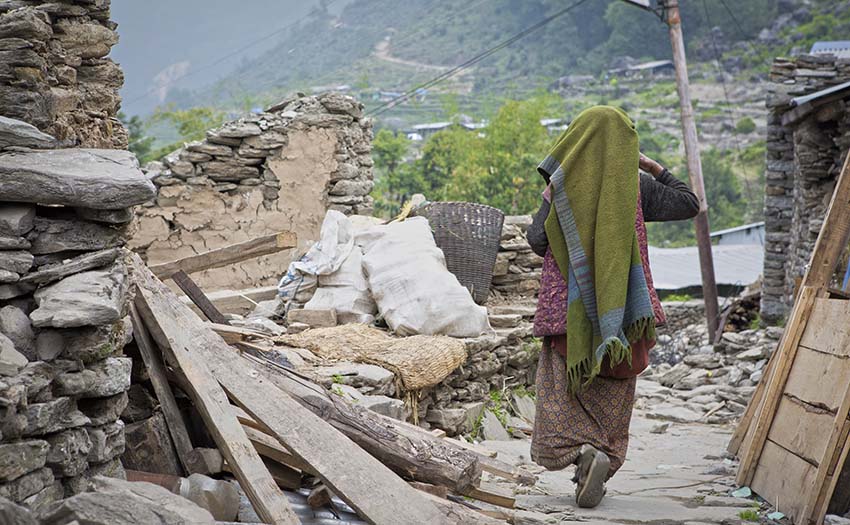 At 11.56am on 25 April 2015, a magnitude 7.8 earthquake killed over 9,000 people in Nepal. It was the largest natural disaster the country had endured in over 80 years. Our objective quickly changed from climbing the world’s tenth highest mountain, to becoming servants in a fight to distribute aid to the remote regions of Nepal that have been devastated by the recent natural disaster.

As mountain athletes we develop a certain skill-set that actually becomes quite critical during disaster and aid relief. Many of us had first aid and EMT training, we could lay out routes on maps, run communications hubs, had access to satellite phones and GPS units, and could survive long stints in the mountains reaching remote locations faster than most other outfits.

Still new to the paragliding scene I was immediately connected with Isabella and Jamie Messenger, long time pilots and humanitarians. They had been running a non-profit in Pokhara called Karma Flights for several years and immediately dove into earthquake relief.

The entire paragliding community in Pokhara had rallied together to combine resources and get aid into the most effected areas. I have never seen a community pull together like these pilots did during the earthquake. My six-week climbing expedition quickly turned into four months of non-stop humanitarian media work and six more trips back to Nepal in the past two-and-a-half years.

I have always tried to make the experience the centre of my expeditions and steer away from the tunnel vision created by ambition to reach a certain goal. This idea is exactly why I have fallen in love with the art of free flight. From my very first flight off the training hill to my longest XC, the feeling is still the same. I can step away from anything the world is throwing at me and enter into a trance soaring through the sky like a bird. It requires and demands my total concentration, to the point of meditation, to fly safely through these mountains. I learn more about myself in a single XC flight than I often do in a week of normal every day life. 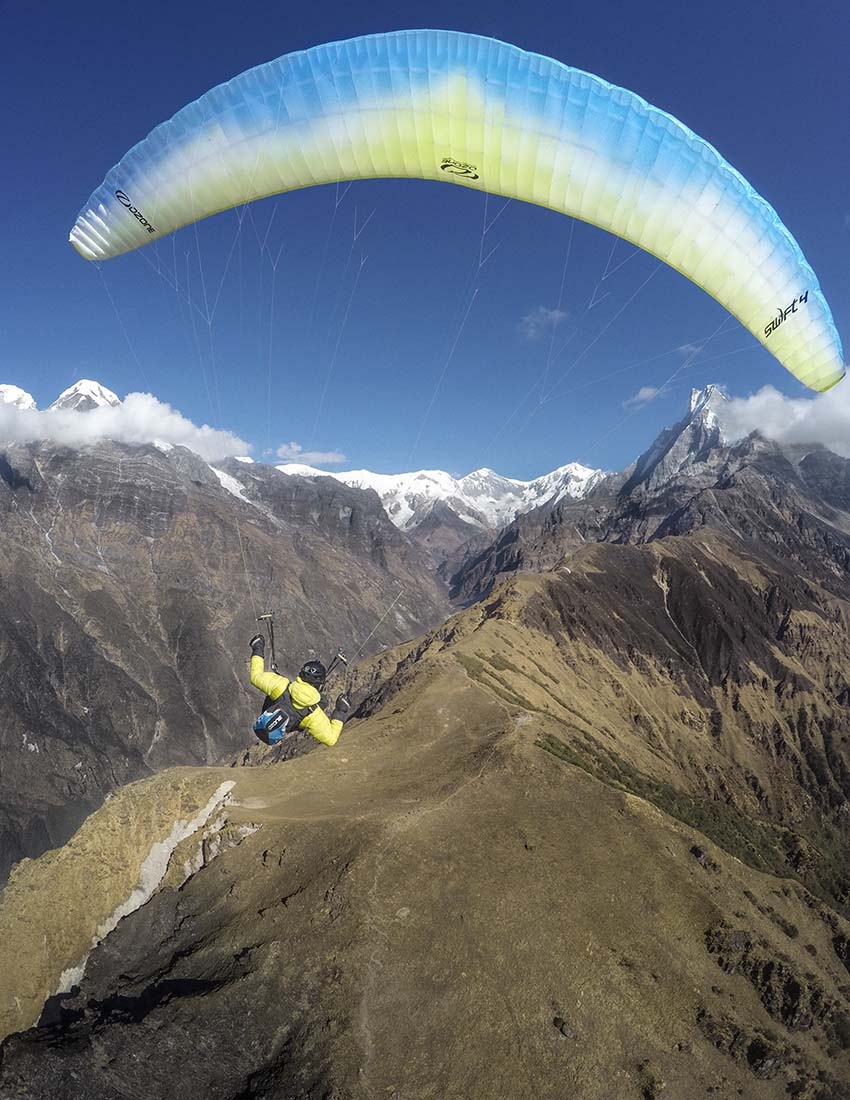 Paragliding became my sanctuary in the world of chaos that surrounded me the next couple of years in Nepal. I would go out into the field working in some of the most devastated communities, and socially-backwards caste-based issues would leave me coming back broken because I could not wrap my head around this country and their way of thinking.

I knew that I was put in this place for a reason, one bigger than any mountain or flying objective, to help give a voice to the voiceless and support the growth of the local governments. But I don’t think it was coincidence that I had brought this backpack full of nylon and string all the way around the globe either. It was the tool that I needed to refuel and refocus, a meditation temple where I could clear my head of the world around me, and go back into the field topped up and ready to give my all to the people of this beautiful country. 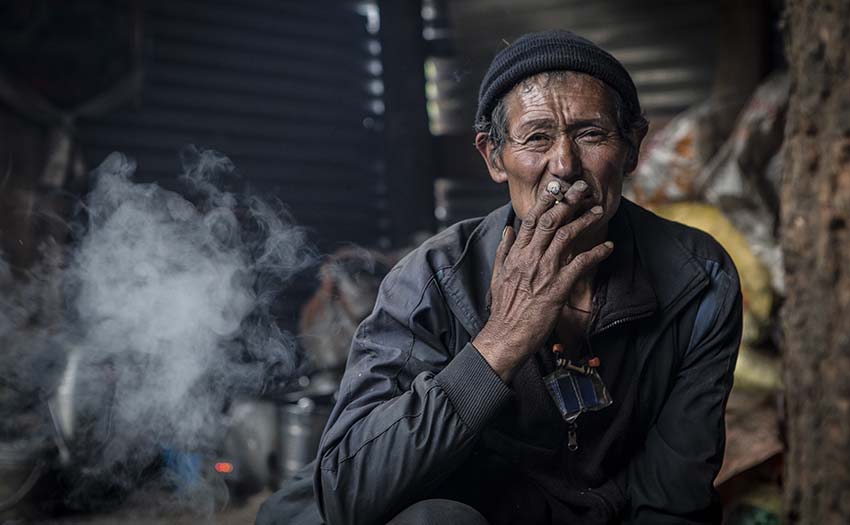 Life is a great balancing act. There are moments when your decisions will greatly impact your life forever and others that might slip by without putting a heavy weight on the outcome of your future. The very first moment I stepped foot in Nepal will always be a pivotal moment for me, where my life would start its transformation.

I can say the same about the very first time I took flight on a paraglider. Today, flying brings balance to my life. It gives me great joy, pushes me as an athlete, and helps me refocus my mind back to a place of peace. We have a great opportunity as pilots to experience the world in a way many will never get to. Cherish the moments you have chasing dreams and soaring the magical pathways of the sky.

Cody Tuttle tragically lost his life in a paragliding accident in Owens Valley on Wednesday 14 August 2019. A filmmaker and photographer Cody was a respected and valued contributor to Cross Country magazine. We extend our sincere condolences to his family and friends. He will be deeply missed.