François Ragolski plays with the rock, snow and ice on a 6,000m peak in the Karakoram on the cover of Cross Country 224 (October 2021). He was part of a team that set high-altitude records and broke new ground in the mountains of Pakistan this season. Inside we tell the full incredible story over 10 pages. 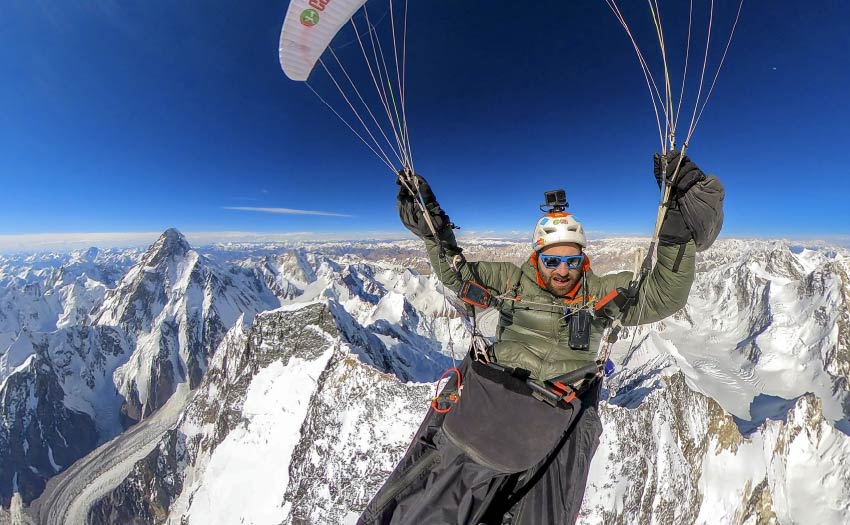 The world’s biggest free-flight arena welcomed a team of seven pilots in June for an adventure of epic proportions. First up, Antoine Girard tells us how he flew to 8,407m above Broad Peak – a new world record. 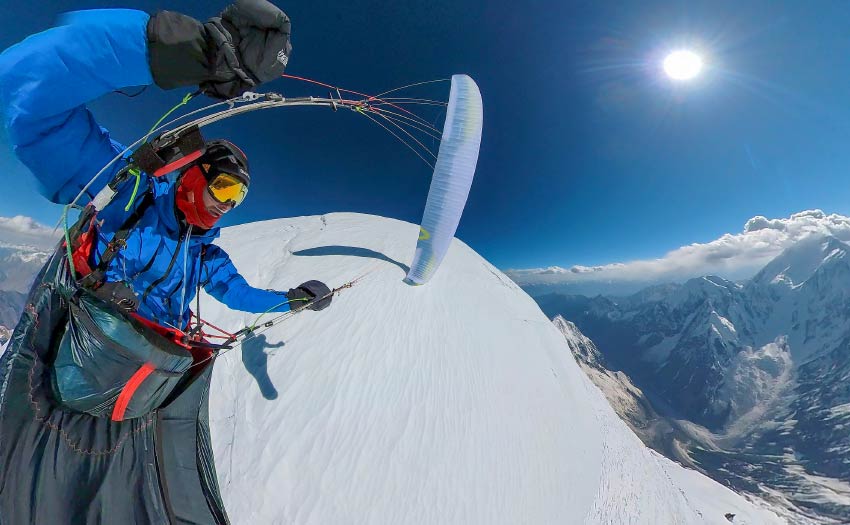 Also in Pakistan, François Ragolski shares with us the story of his own Karakoram adventure. From soaring at 8,200m, flying 200km mountain XCs, and completing virgin ski descents of peaks he’d top-landed. 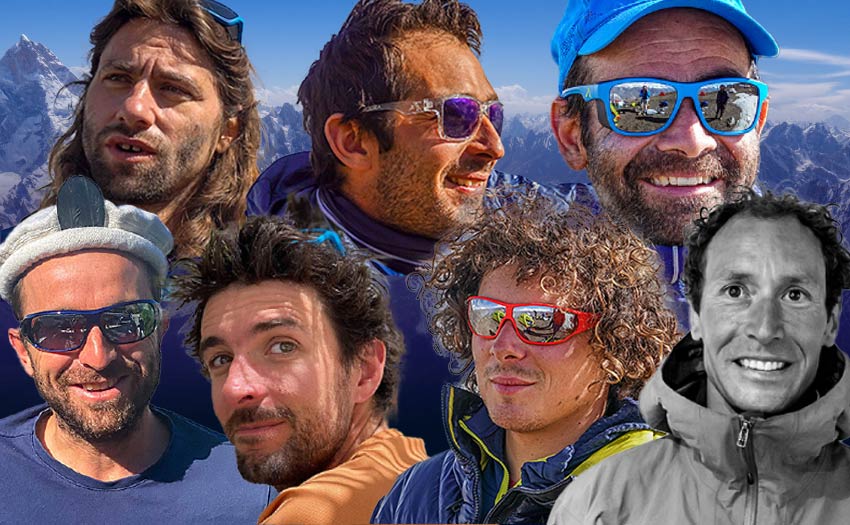 The full team in the Karakoram included Antoine Girard, François Ragolski, Julien Duserre, Seb Brugalla, Alex Jofresa, Fabi Buhl and Guillaume Omont. Together they combined paragliding, climbing, mountaineering, off-piste skiing and their love of the mountains to truly push the sport forward and reveal yet again what is possible in the big mountains with paragliders. 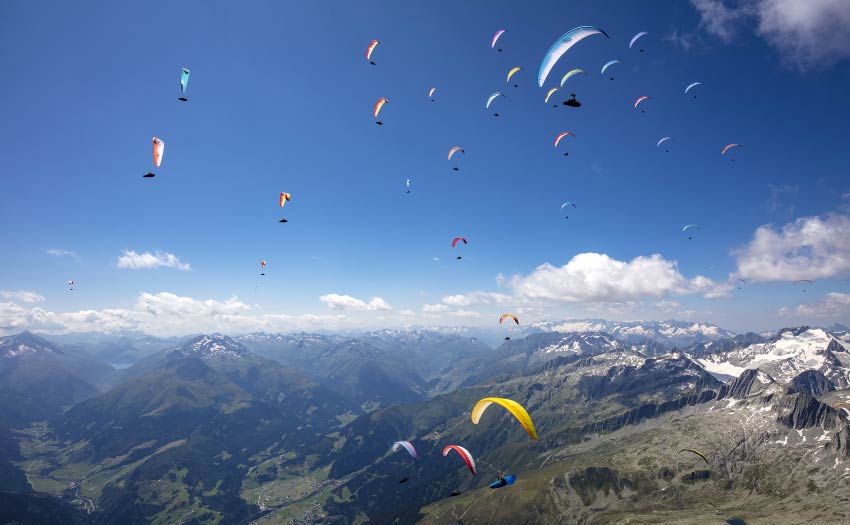 Also going big in the mountains over the European summer season was the PWC Super Final. This attracted some of the highest calibre pilots in history and enjoyed some brilliant weather. Race organiser Martin School and photographer Andy Busslinger share their best shots from this two-week competition. 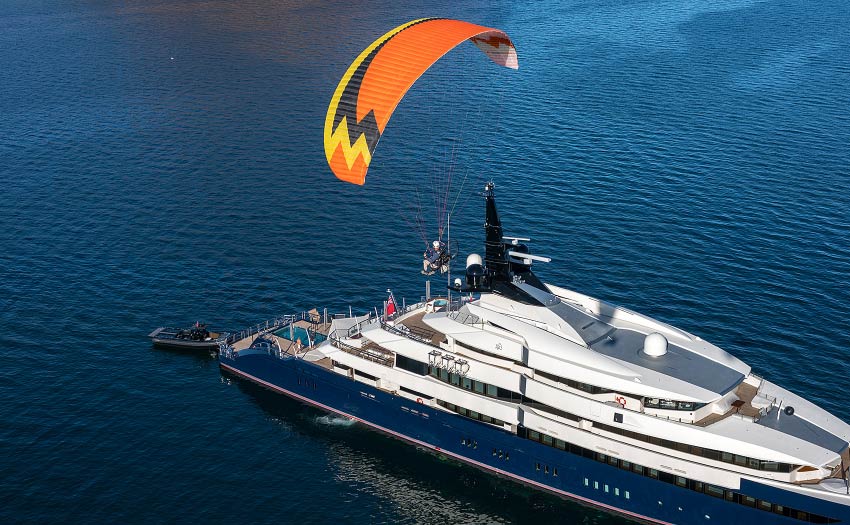 Closer to sea-level, San Diego based Jeff Hamann shook off his lockdown blues with a trip south to Baja California in Mexico. He explains why the beautiful waters of Loreto Bay have always been his go-to place for aerial R&R. 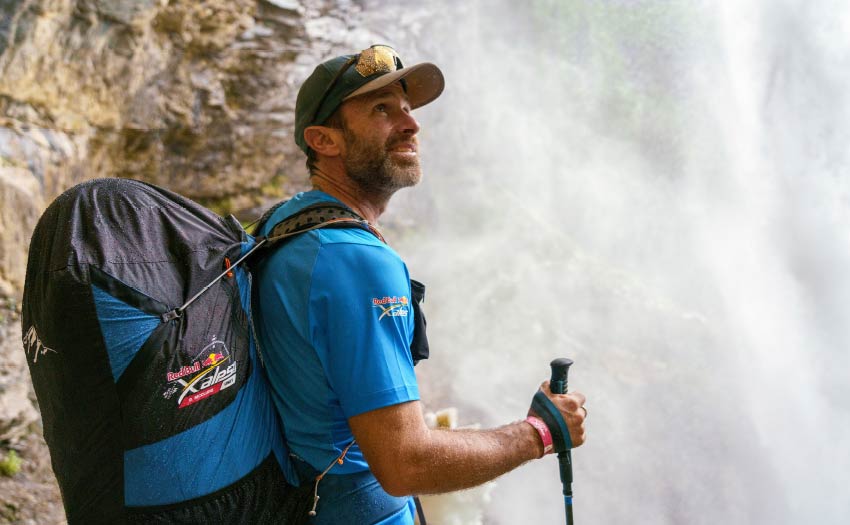 Meanwhile, truly back down to Earth, Gavin McClurg tells us why, after taking part in the Red Bull X-Alps four times, he’s calling time on taking part again. “We all pushed to our absolute limits,” he writes, “and then left that limit behind and kept pushing.” 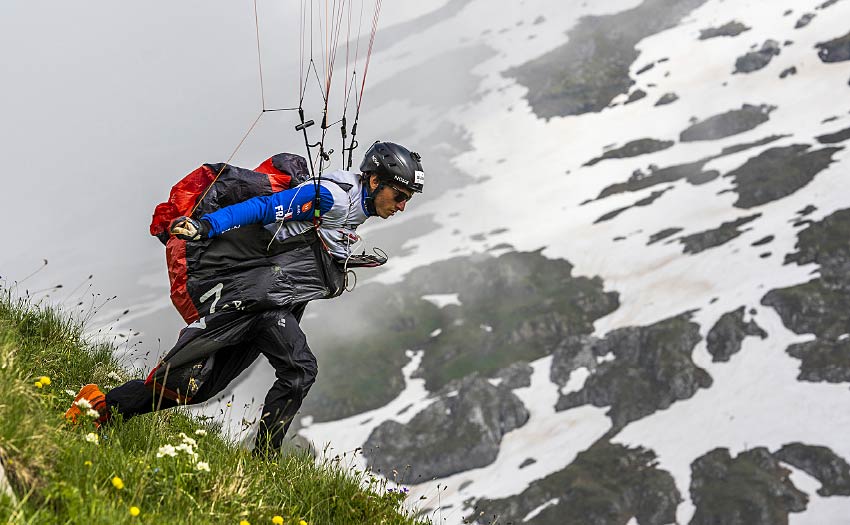 Regular columnist Théo de Blic also writes about his X-Alps experience this year. A rookie in the race, he takes a wry look at how it went for him. “Listen to your team! … Sleep more!” he jokes. “But last but not least, try to avoid cables.” Funny yes, but his experience was no joke and he knows it. 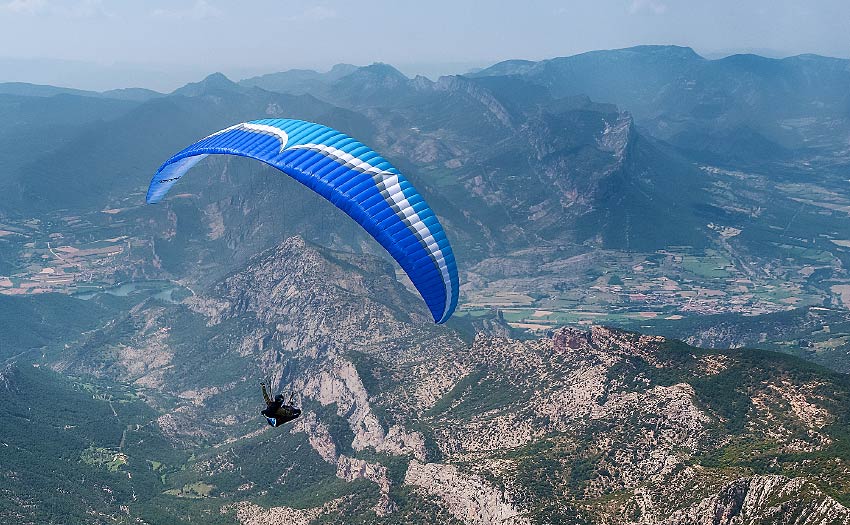 On review we fly the new Ozone Rush 6 (EN B). This glider is sure to be extremely popular and for good reason. It’s not simply a tweak of the Rush 5, it has a whole new 3/2 hybrid line set, much like the Delta 4, and brings rear-riser control to the masses. Our review pilot took it out for a 100km circuit in the French Alps. 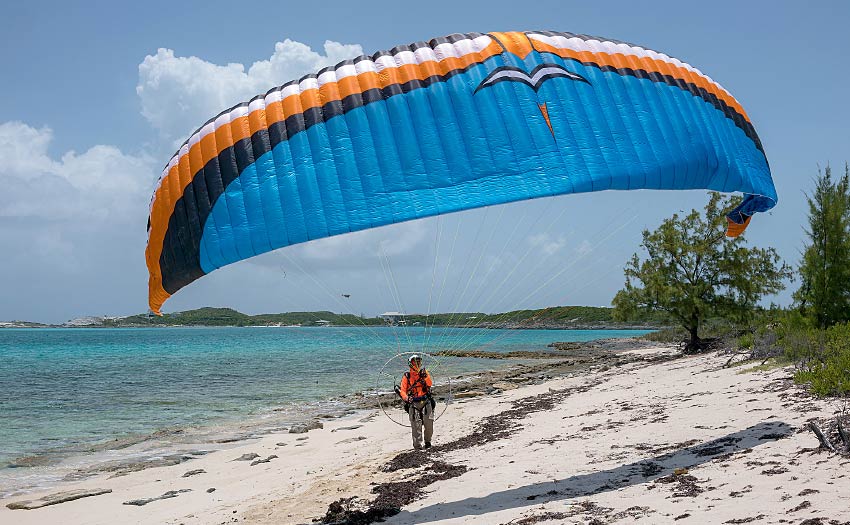 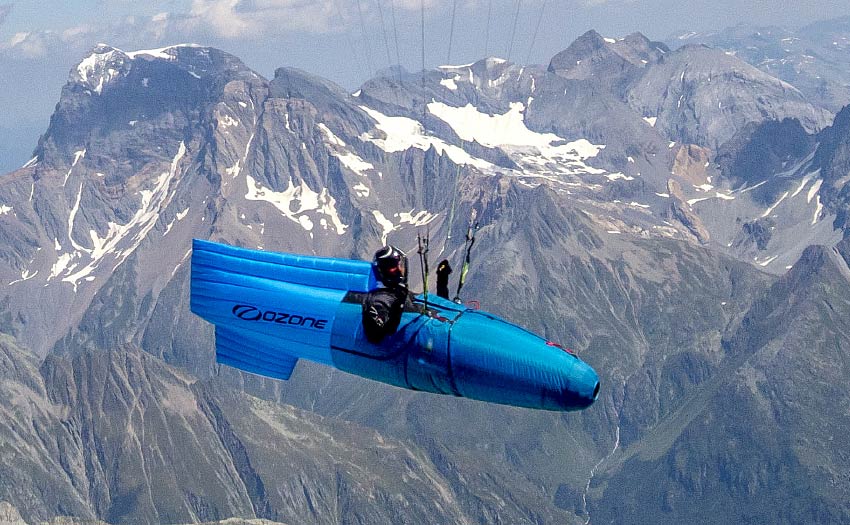 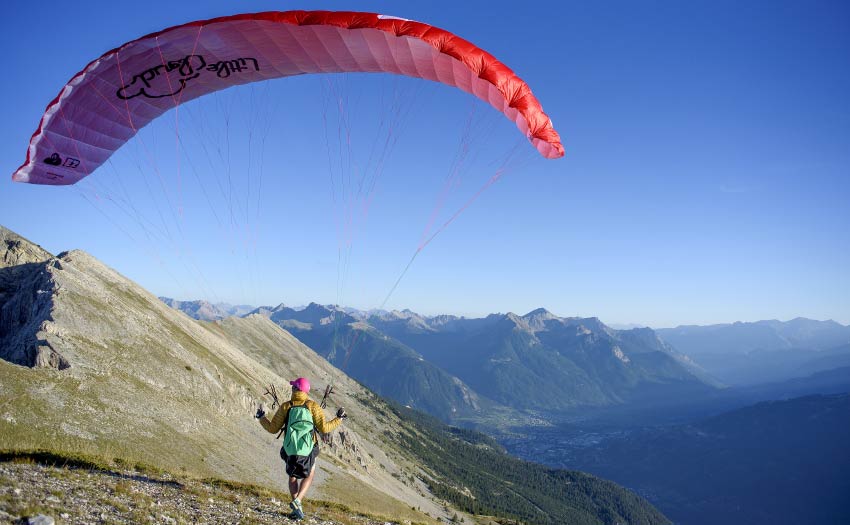 Plus we explore the five hazardous attitudes of aviation and examine how to spot them in ourselves and others – and explain how we can use that information to help keep ourselves safe. 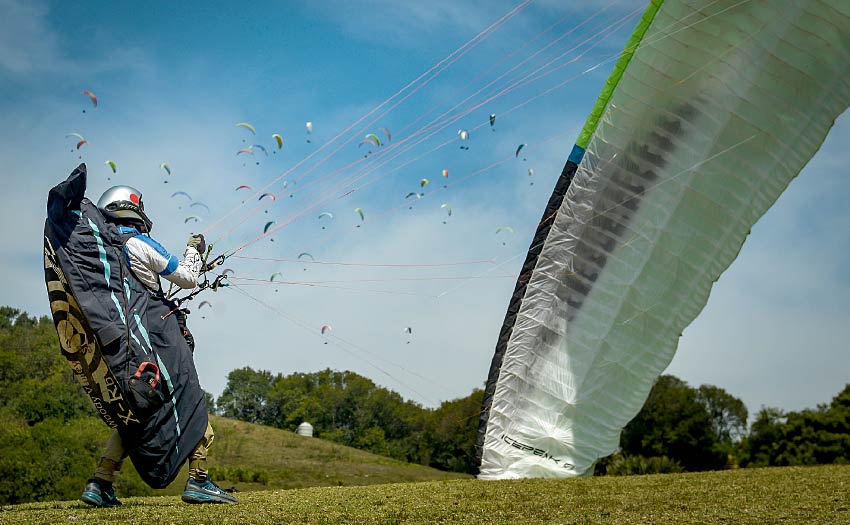 We also talk to Matias Fortini about the upcoming Paragliding World Championships, interview French Women’s XC League champion Claire Garnesson, and find out why the FFVL are giving away Spots for free. Don’t miss it! 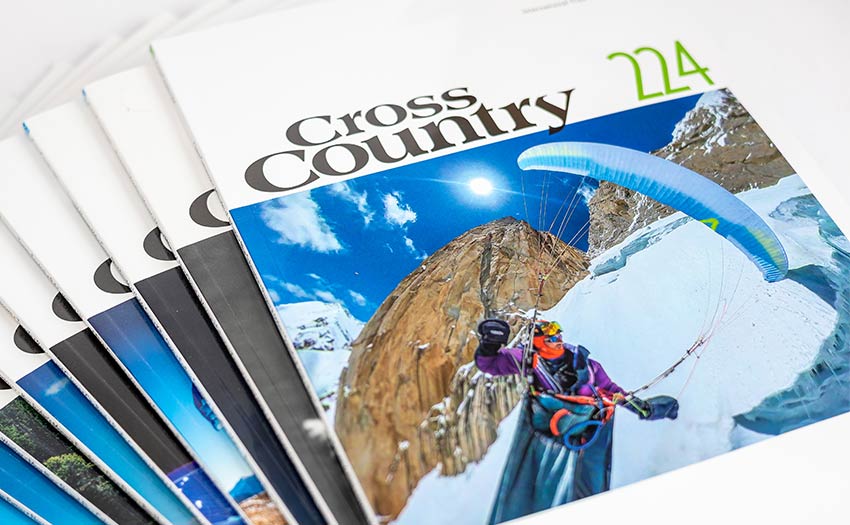