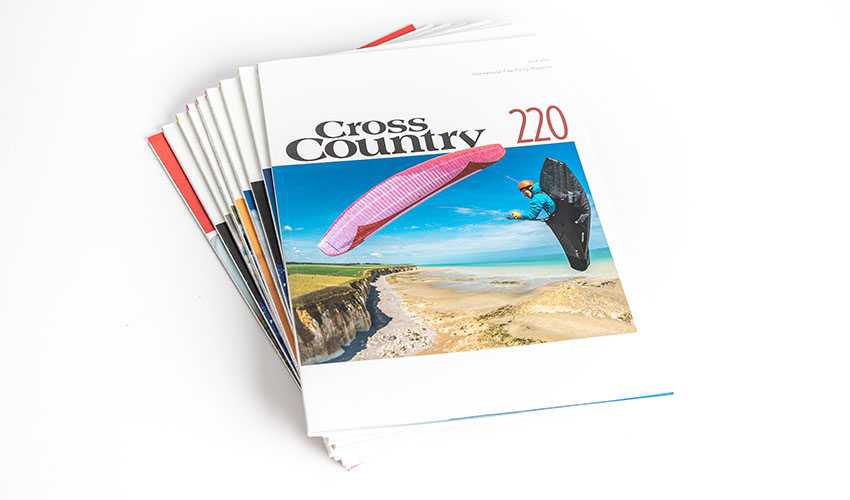 Jérôme Maupoint swings into action above the coastal cliffs of Normandy, France, on the cover of Cross Country 220 (June 2021). It’s summer in all its glory: sunshine, sea and a wind that never stops blowing. 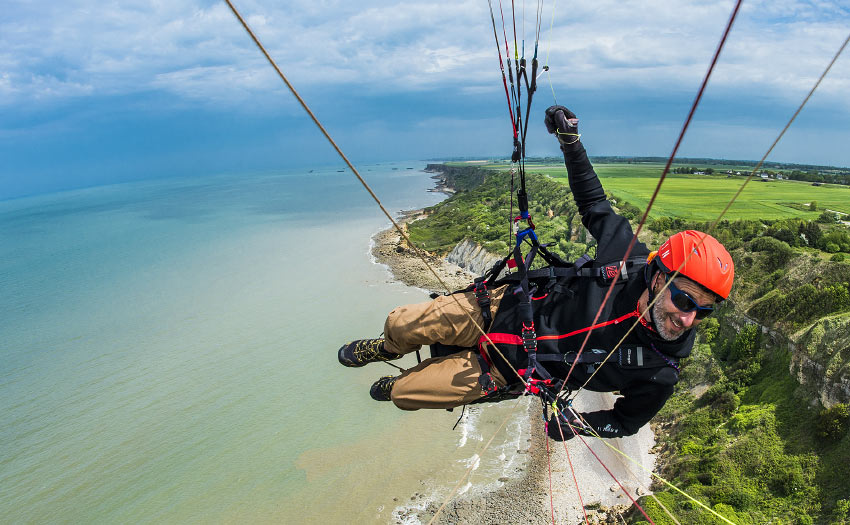 Jérôme has spent 20 years flying and taking photographs in the mountains, but he’s originally from flat, northern France. In this beautiful photographic essay he takes us to some of the region’s secret spots and reveals why he still loves to call this place home. 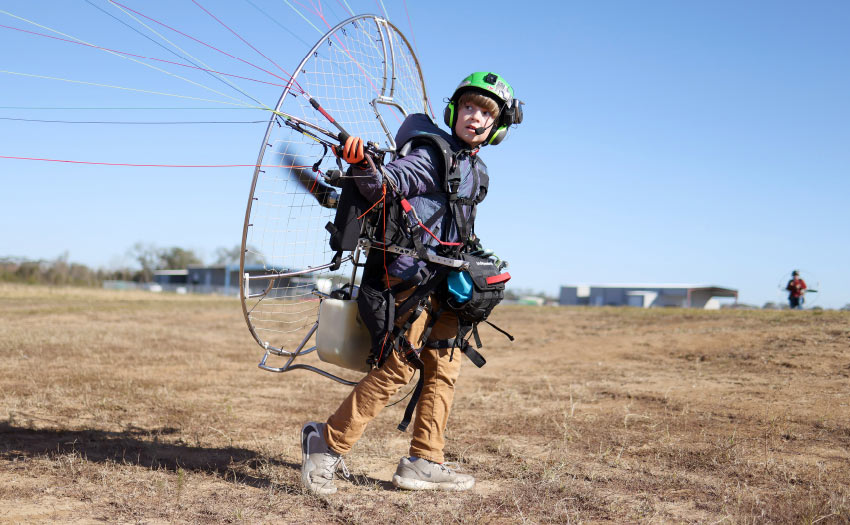 “My name is Wyatt, and I just turned 11.” Yep, you read that right – Wyatt Parker is the paramotoring kid. We ask him – and his folks – all about why he loves to fly, and what it’s like learning at such a young age. 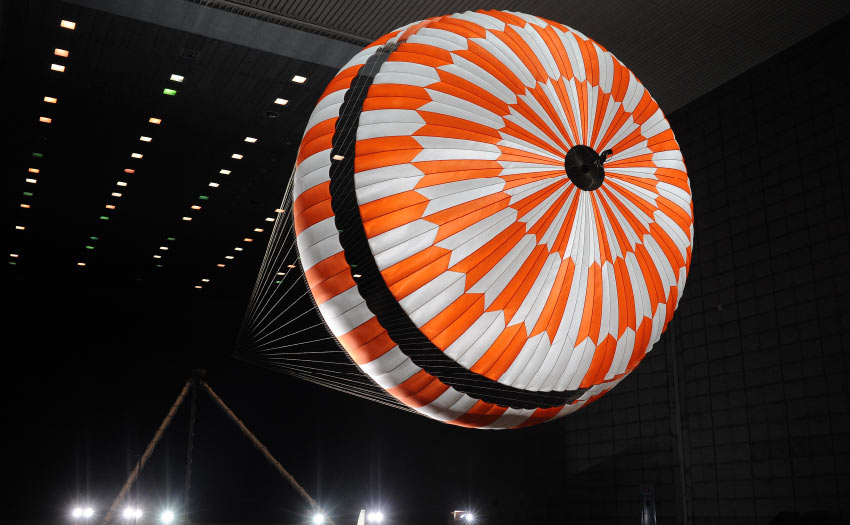 The company that made the material for that Mars parachute also makes the material for our reserves. In a deep dive into Heathcoat Fabrics we get the full story behind this incredible mission – and what it might mean for our own second-chance rigs. 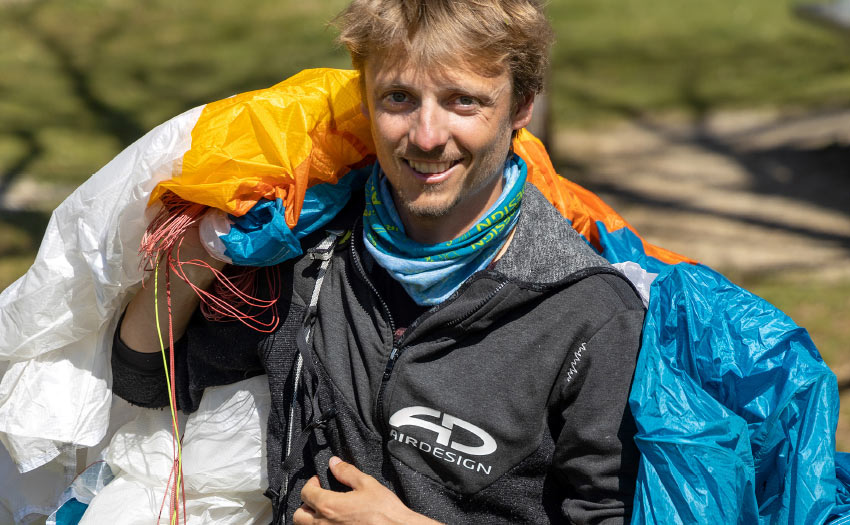 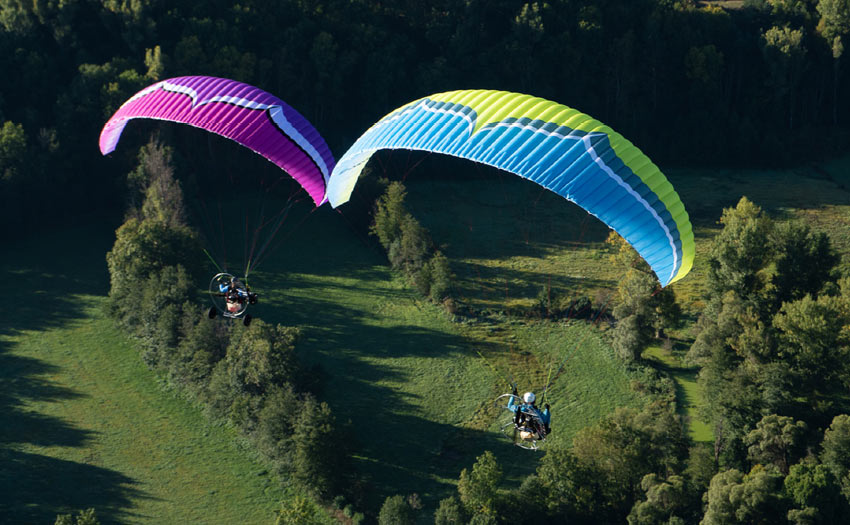 If you are looking for a wing for both free flight and powered flying, then Ozone’s Kona 2 could be the one, says review pilot Lawrie Noctor. 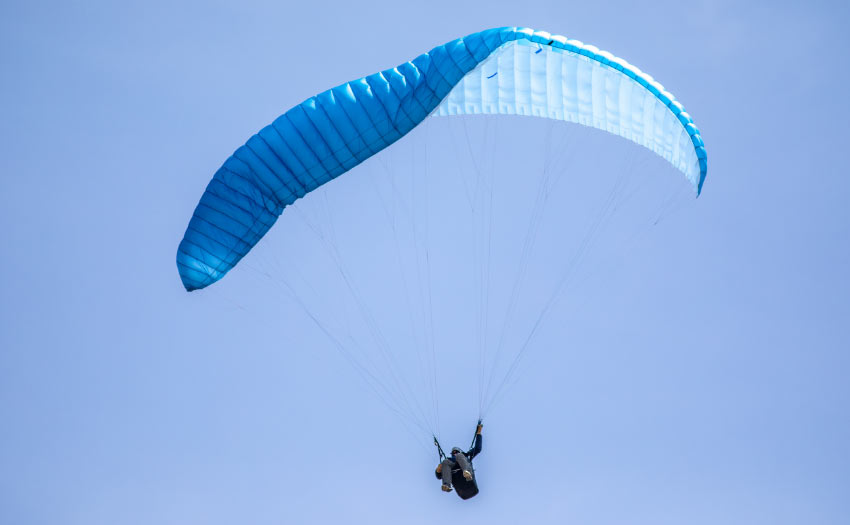 “Collapses don’t simply come out of nowhere,” says Bruce Goldsmith. He explains why pilot input – what to do as well as when to do nothing – is so important when your paraglider collapses. 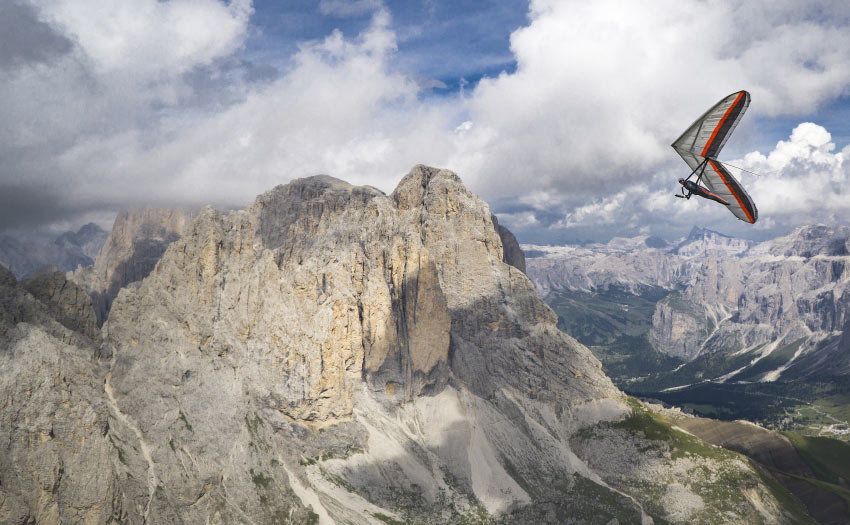 How do you come back to flying after an incident that has shaken you up, sometimes to the very core? In this extract from the new book Advanced Paragliding, Gavin McClurg asks some of the world’s leading pilots just that question. 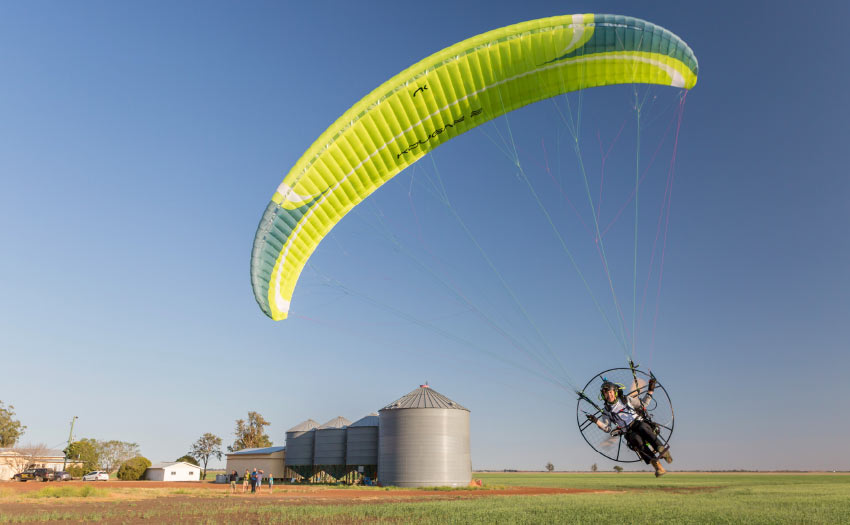 “Your body is pointed left and pushed left while the wing is going right. It feels bizarre.” Jeff Goin looks at riser-twists on powered take-off and explains how you can avoid them. 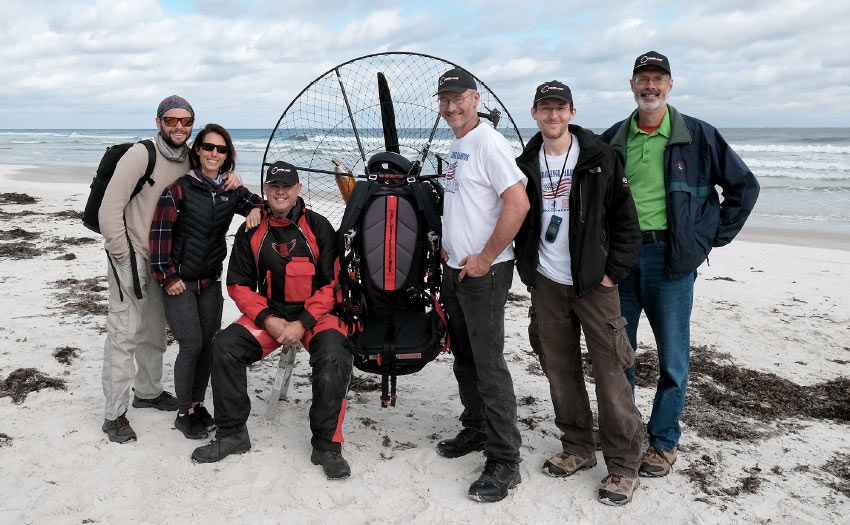 In the first week of December last year Harley Milne flew his paramotor west-to-east 2,200 miles across the USA in a very quick eight days – smashing all previous records into bits. Editor Ed Ewing caught up with him and the meteorologist who helped make it happen. 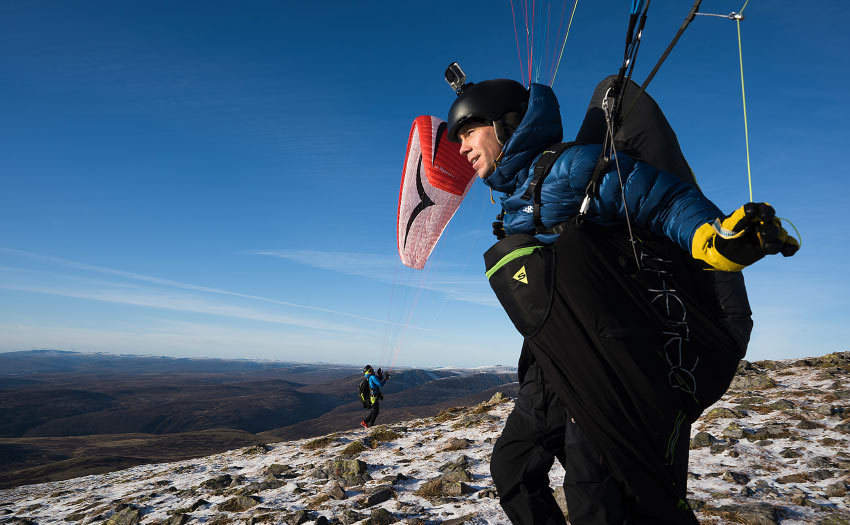 Paragliding in hard to reach places can throw up unique challenges that need serious decision making. Chris Sangwin, Steve Hallsworth and Ben Johnson consider their options as they go hike-and-fly in Scotland. 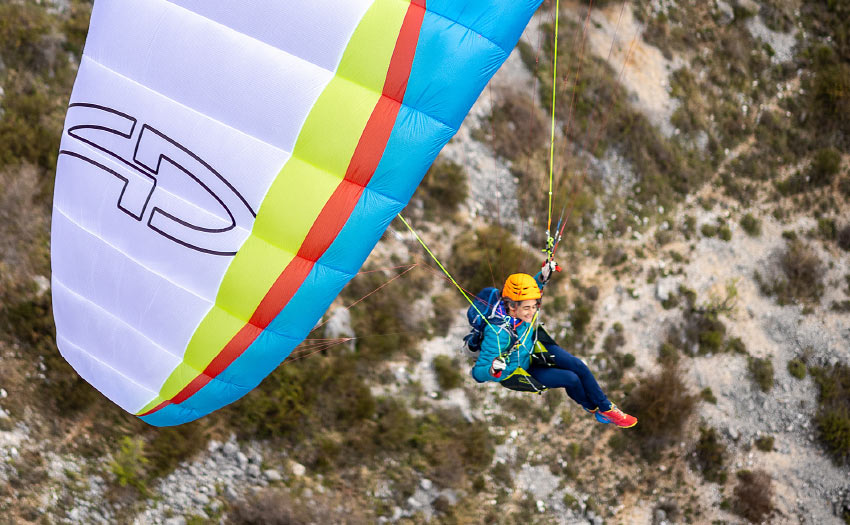 Have you seen it? Marcus and Charlie King fly the new AirDesign UFO, a super light single-skinner pitched at whatever adventure you want to take it on. Beam us up. 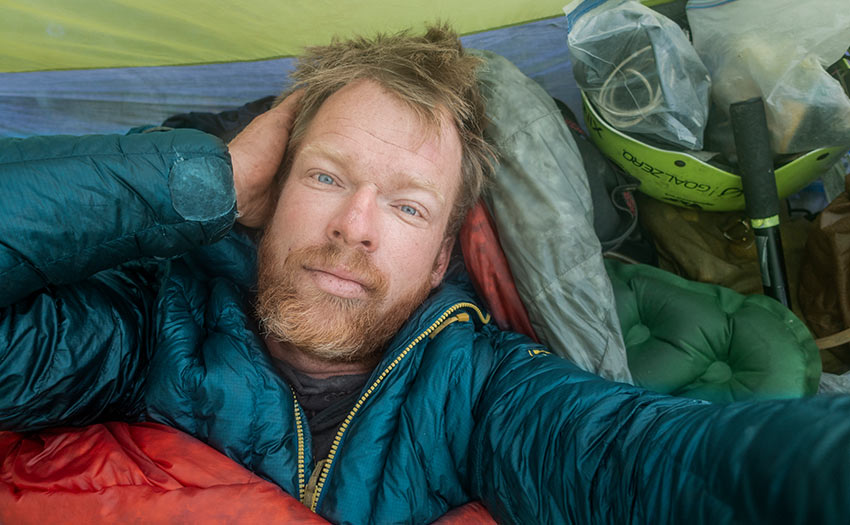 You’ve seen the social media campaign, read the article, and plan to watch the movie. But one thing remains about Benjamin Jordan’s incredible vol-biv migration following the Monarch butterfly route across the USA: just what was going on in his head? Matt Warren talks to Ben Jordan in this issue’s Head Game, the must-read column about what makes pilots tick. See you in the sky!