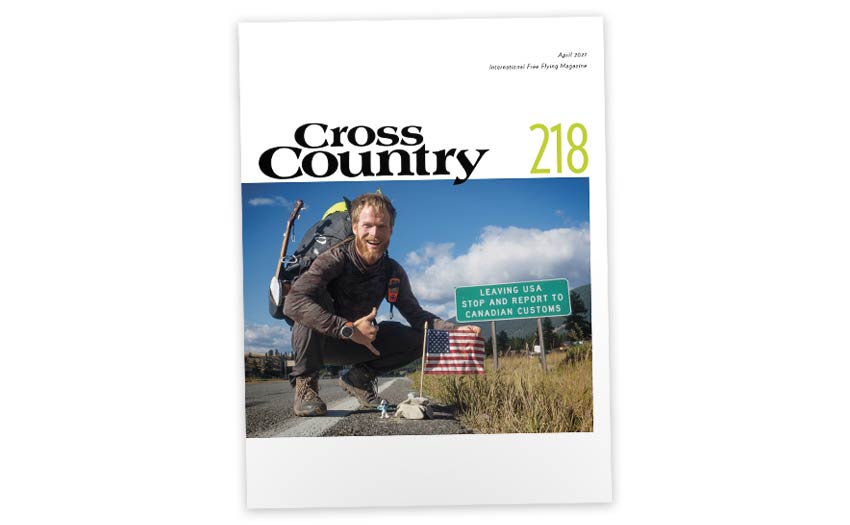 Benjamin Jordan grins and flies the flag on the cover of the latest issue of Cross Country Magazine. Inside he tells the story of his mammoth, 150-day vol-bivouac expedition across the continental USA last year. He travelled 2,835km literally step-by-step and thermal by thermal. 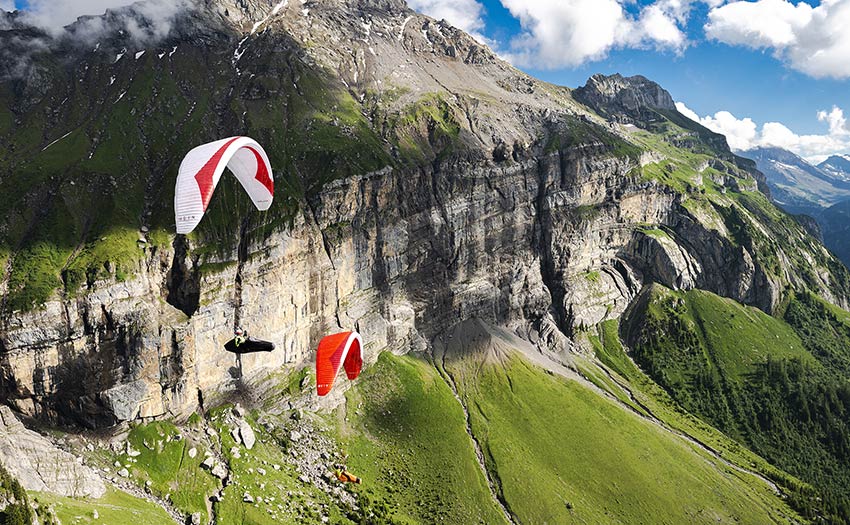 Winter is turning to spring in the northern hemisphere, so we take a look at what that means for pilots who are about to get back in the air. “Don’t wait for the best day – get ahead of the pack and get out there early.” 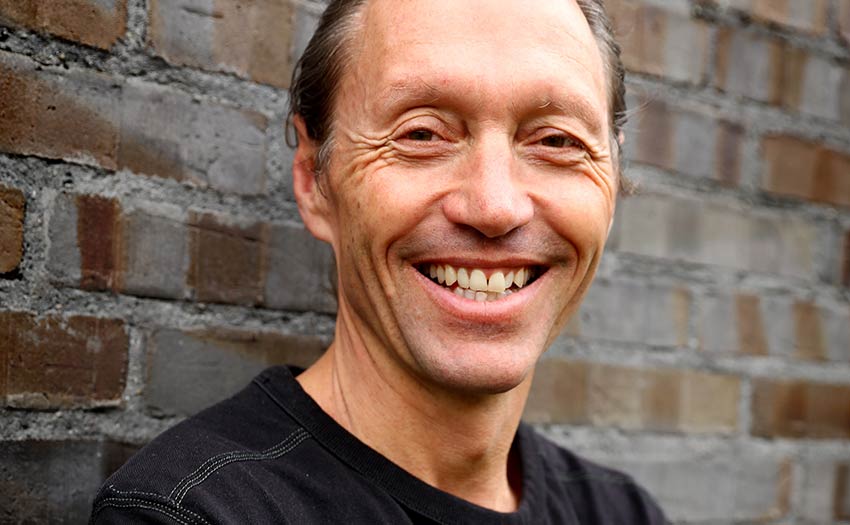 Urs Haari found flying when he was just a teenager, and he has lived his life around it. He tells us why he still loves flying just as much as he ever did. 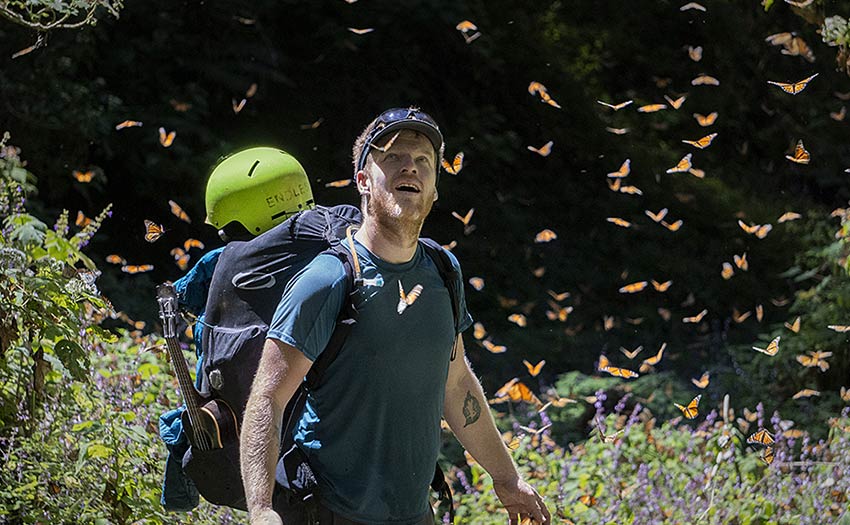 “I’m a paraglider pilot. I’m going to fly all the way across the United States.” Inspired by the migration of the Monarch butterfly, and supported by partner Lyndsay Nicole, Canada’s Benjamin Jordan spent last summer on five-month long vol-bivouac journey across the USA. From the border with Mexico, all the way north to Canada. In this amazing story, he tells the story of his incredible journey. 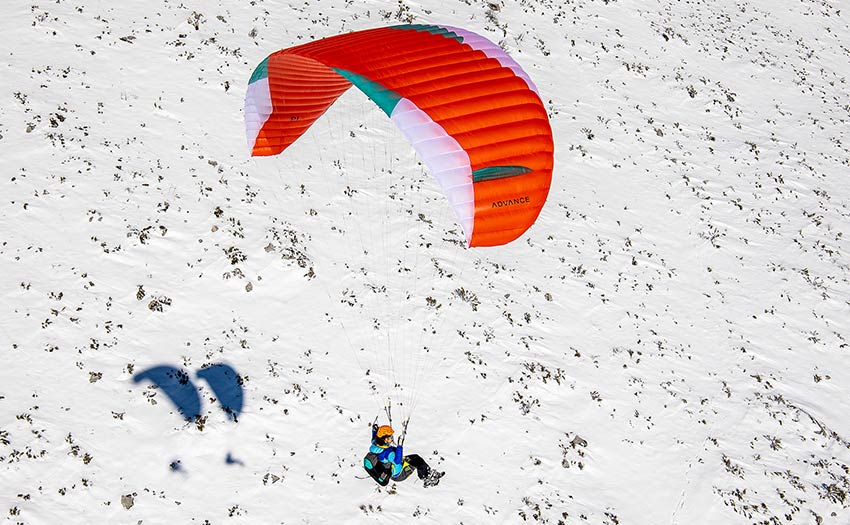 Miniwings can be different things for different people, from high-wind soaring to thermalling with the gaggles. We review three of the latest, including the Advance Pi 3 (pictured), Gin Yeti 5 and the Zoe from Sky Paraglider. 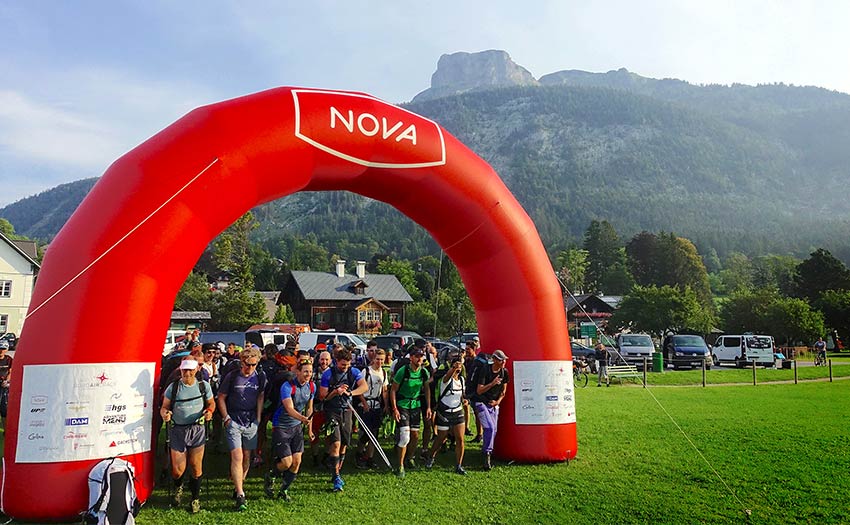 The hike-and-fly competition season is approaching. Three-time Bordairrace winner Simon Oberrauner explains what you need to know to get into it and how to do well. “Stay in the air, and don’t make aggressive decisions.” 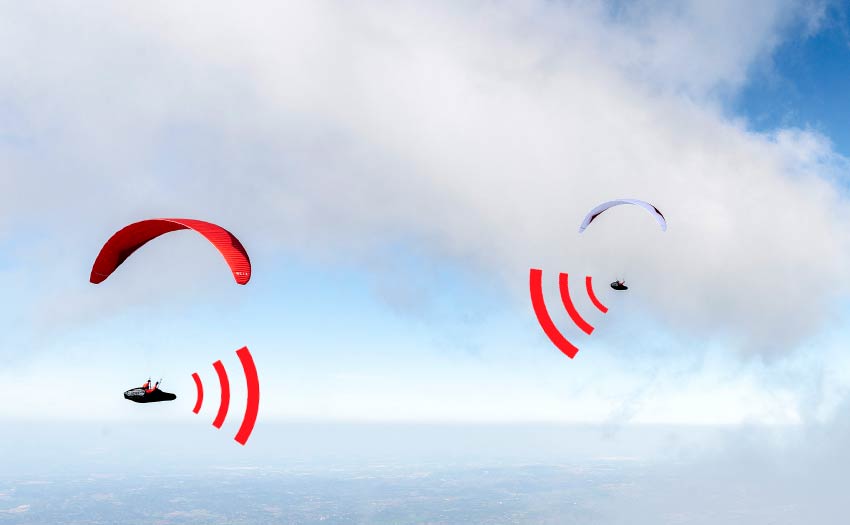 How to see and be seen. There is increasing pressure to make ourselves electronically visible to other things in the air. Steve Uzochukwu takes an in-depth look at the technology that can help us do just that. 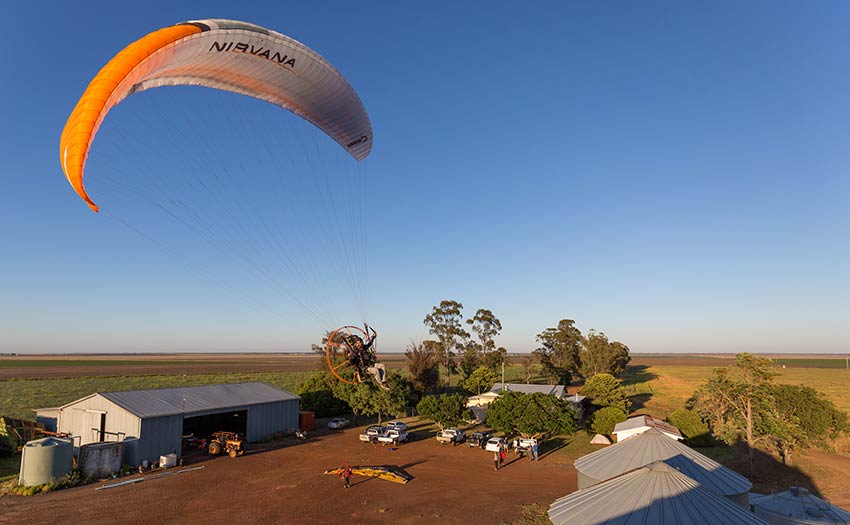 Can you stall your glider from too much thrust, asks paramotor columnist Jeff Goin? In theory yes, but there’s a but. He considers some extreme scenarios. 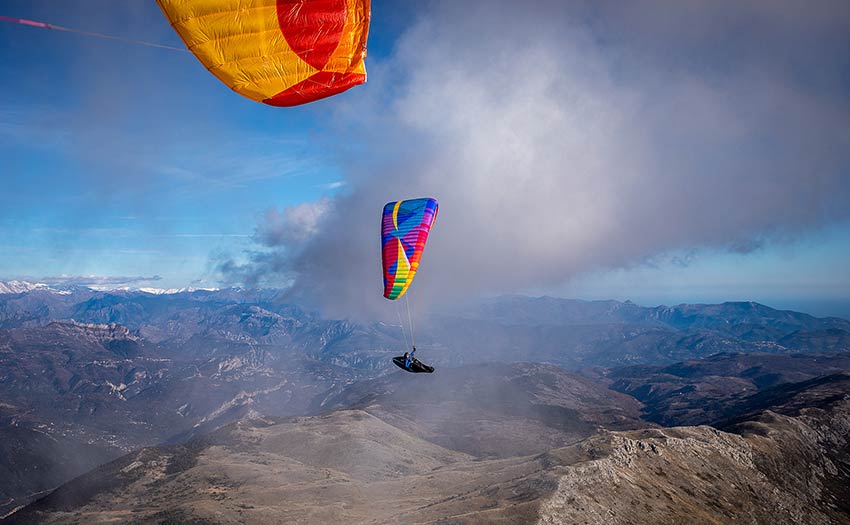 Bruce Goldsmith looks at yaw and how we control it – plus gives us some tips and exercises to try next time we’re flying. “If you do this well, you will become a more efficient pilot.” 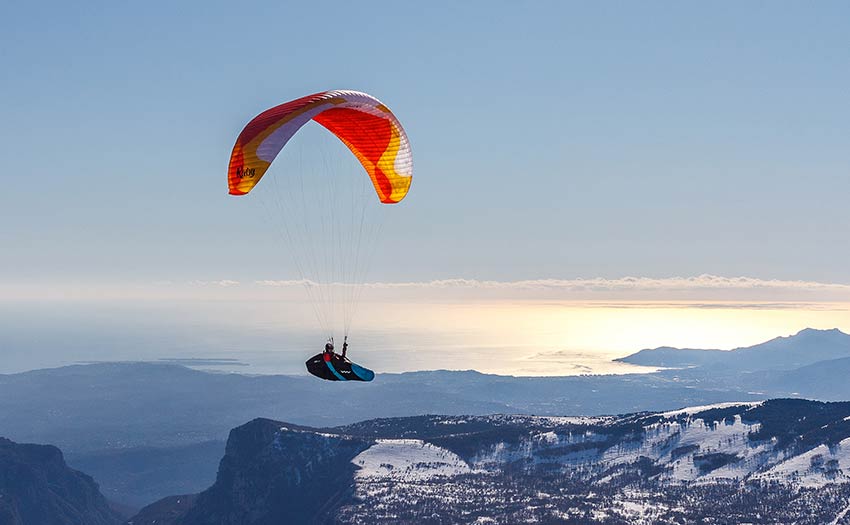 An EN B+ at a direct-sales price is the pitch. Marcus King clicks for delivery of a brand new Ruby from Way Gliders. 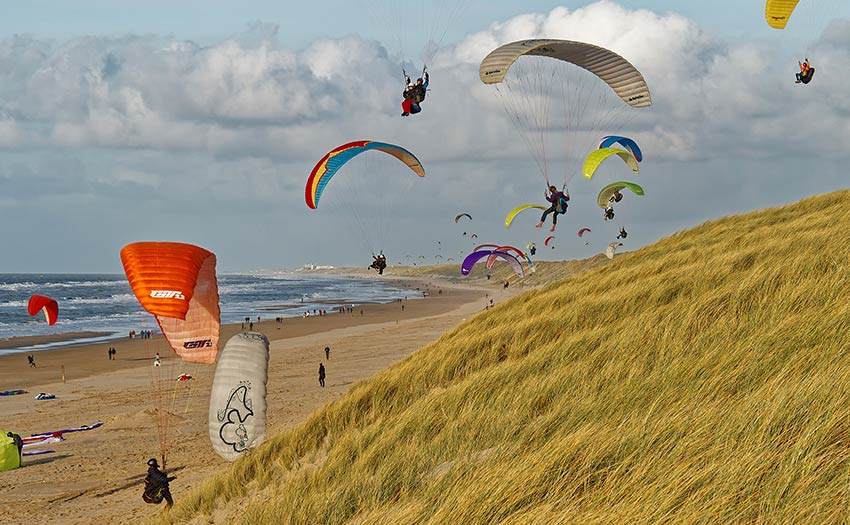 When the wind is strong even the lowest dunes offer the potential for some fantastic days out. Bastienne Wentzel heads to the coast to power up the mini wing and finesse her high-wind skills. 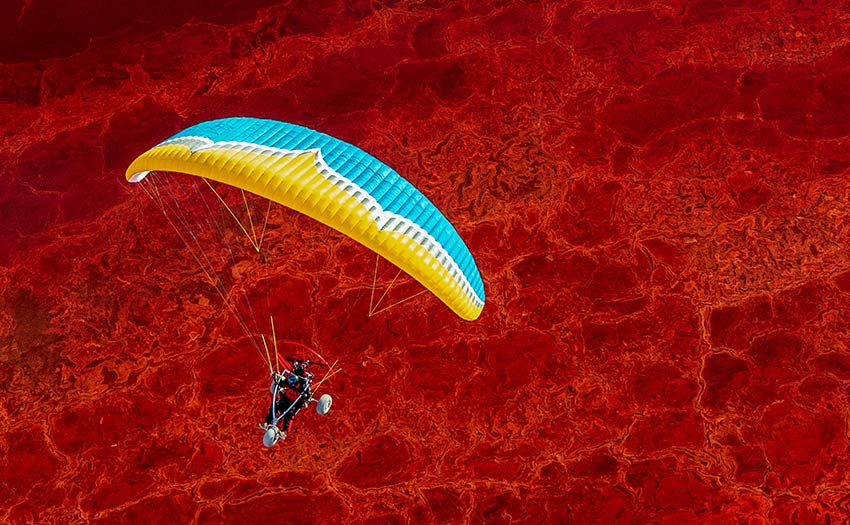 Ben Horton is a National Geographic Explorer whose photographic career has taken him from diving with sharks to flying with eagles. His newest passion is paragliding and paramotoring. He shares some of his finest aerial shots from his home in California. 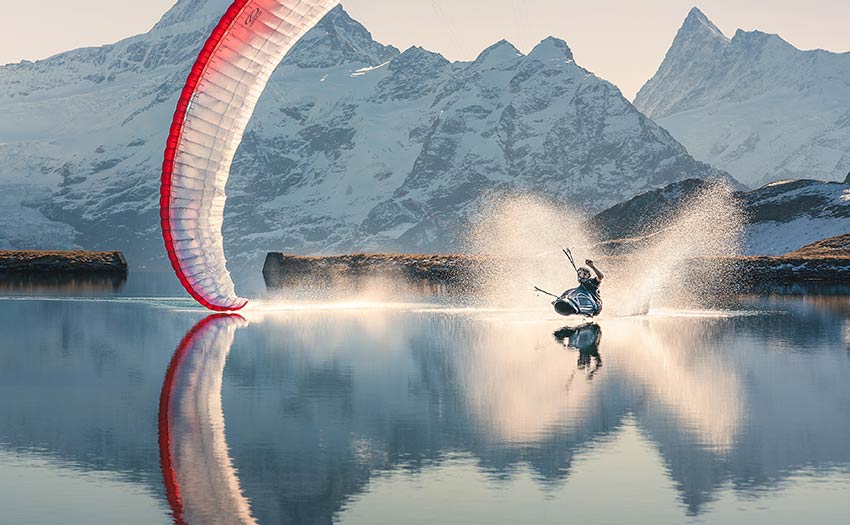 Steve Bramfitt is flying for Team GB in the Red Bull X-Alps this summer. Cross Country editor Ed Ewing finds out how the boy from Birmingham turned into one of the eagles of Interlaken. 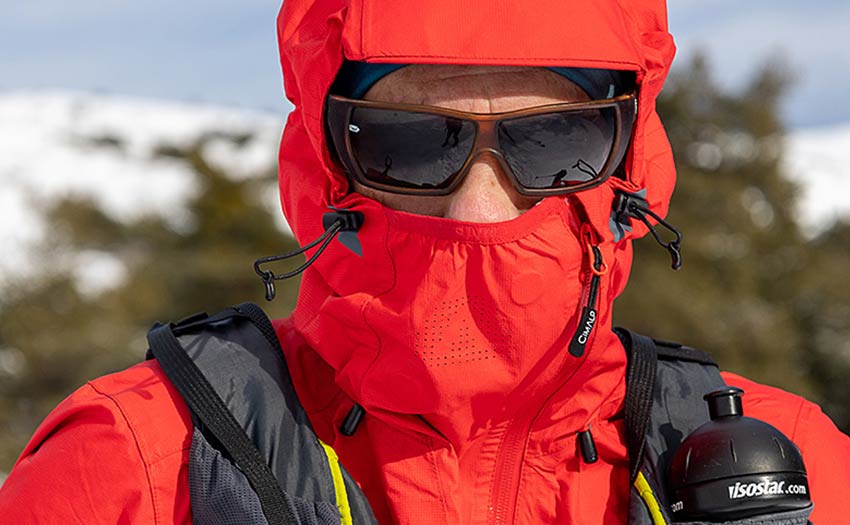 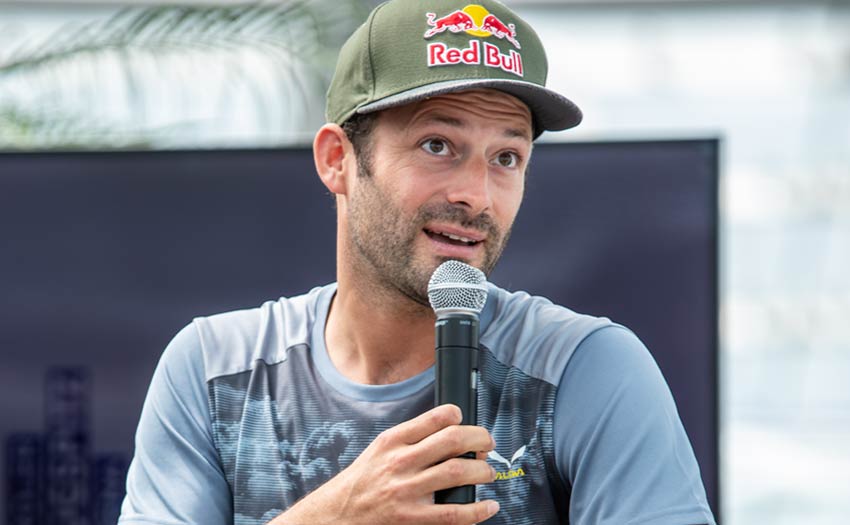 “Always listen to your intuition.” In the latest of Matt Warren’s Head Game interviews, he talks to Tom de Dorlodot about how to tune into “that feeling inside”. “Intuition can help make us better pilots,” he writes, “it always pays to listen.”