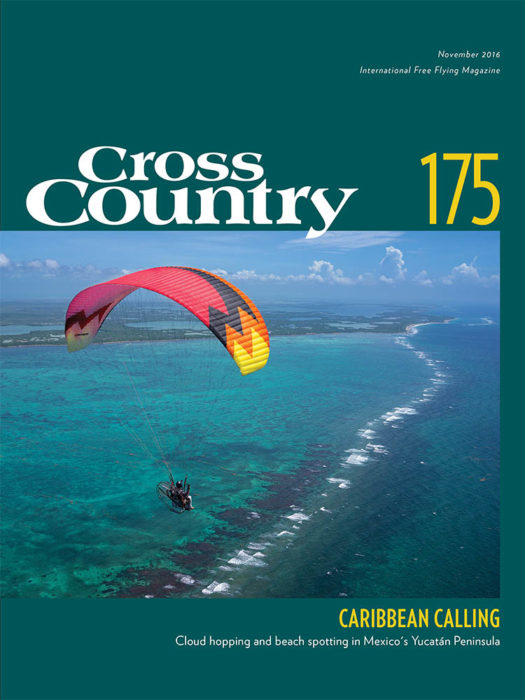 Flying scatters pilots to the ends of the Earth in search of that perfect flight, but the annual Coupe Icare festival in Saint Hilaire brings them back together again in a blaze of crazy costumes, high jinks – and green beer.

It is a time to share stories (and the odd hangover), toast the flying season just gone and plan the one to come. It’s a celebration of life among the clouds.

Like the Coupe Icare, Cross Country is about sharing a passion for free flight, to give you inspiration, information – and plenty of good times. Read on to discover what’s in issue 175 – and consider subscribing to the world’s only free-flying magazine. 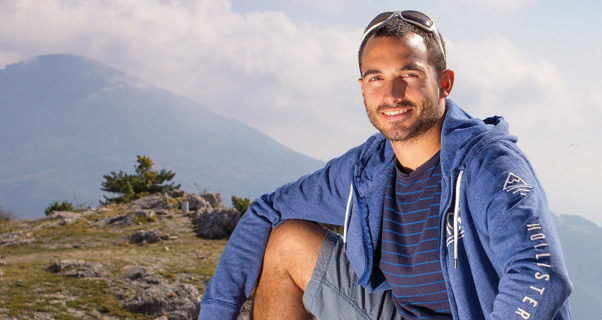 At just 25, Honorin Hamard is the one pilot to rule them all. The current World and European Paragliding Champion capped an amazing season by winning the XContest online XC league by a margin of over 300 points. We got an audience with the champion’s champion himself. 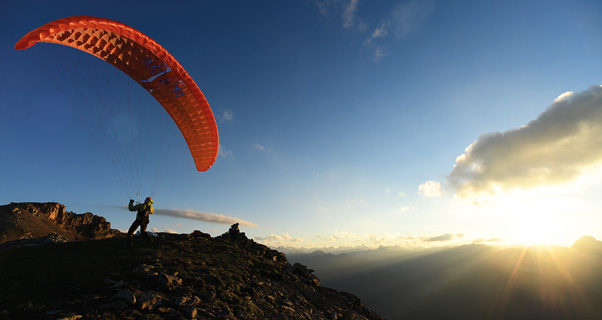 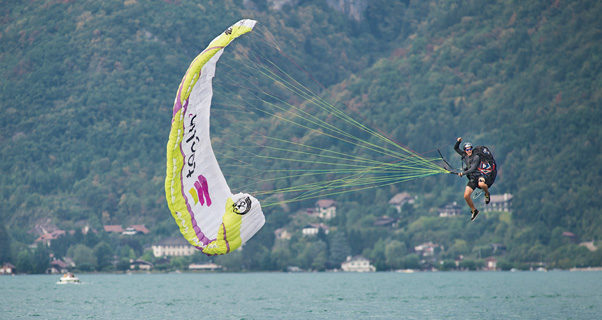 “Fly a big glider first. Everyone is flying too small. That is the big sickness of the acro scene just now. Everyone looks at us and they want the same. This is a big, big mistake.” New Acro World Champion François Ragolski tells us what it takes to be top of the class, how to stay safe – and why you need to know your coefficients from your choreography. 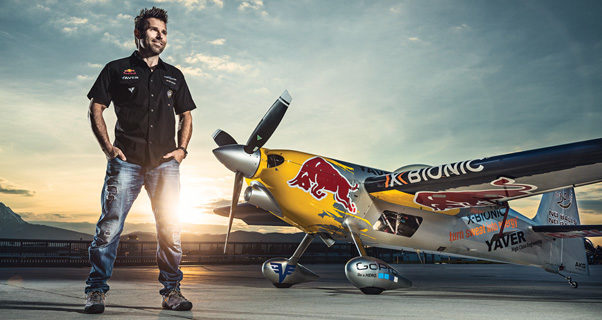 His message was blissfully simple: “Follow your passion, don’t get distracted.” Hannes Arch, who died in a September helicopter crash, lived an amazing life, revolutionising paragliding and packing more into four decades than many people would into several lifetimes. We salute his life less ordinary. 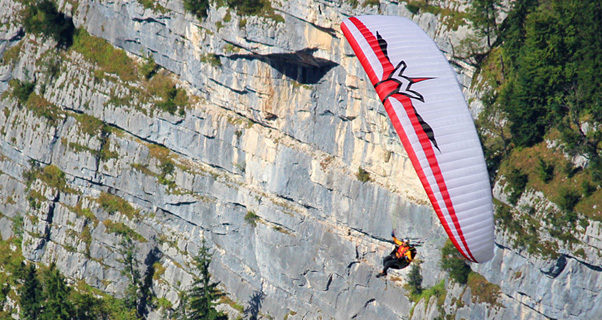 “It’s a wing that will happily devour the kilometres without demanding too much of the pilot, yet is engaging enough to put a smile on your face. A firm contender if you are looking for this class of wing.” Marcus King gets to grips with MacPara’s updated high-end EN B: the Eden 6. 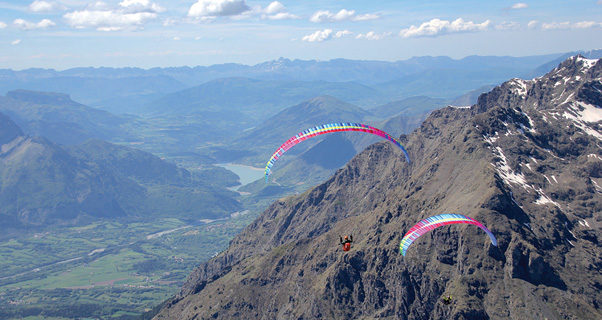 From “Don’t change two things at once” to “If it’s flyable – then fly”, Bruce Goldsmith puts some of those wise old paragliding proverbs to the test – and sorts the essentials from the clichés. 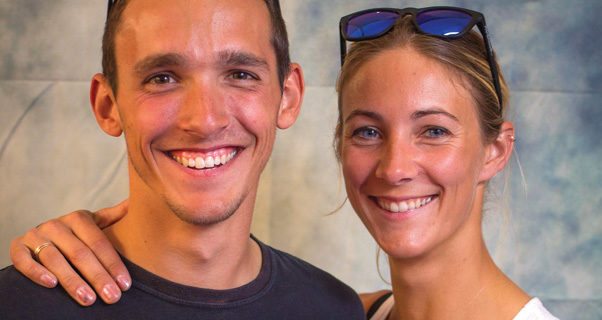 “Having my coach at home helps a lot.” Alex Mateos, who won the FAI Paramotor World Championships in August, and his new wife, Marie, who won the Women’s title, reveal what it takes to be the Mr and Mrs of powered paragliding. 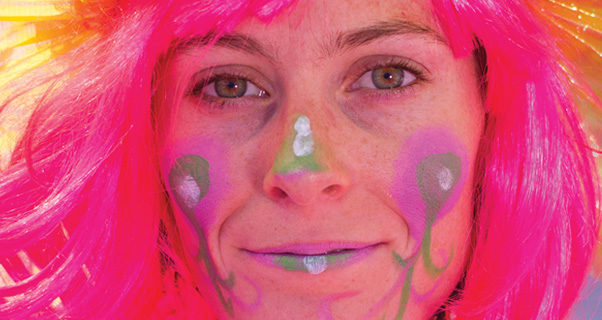 The Coupe Icare festival’s famous masquerade launch is the year’s most colourful – and silliest – flying spectacle. To capture the essence of 2016’s extravaganza, we set up a mobile studio in the sun – and photographed some of the most dazzling entrants. 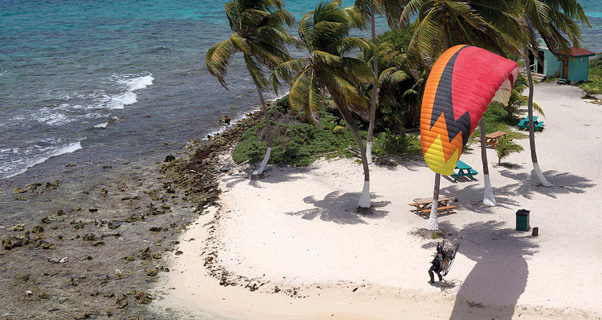 “The launches were not as bad as I had predicted before we set out on our adventure – they were worse!” Jeff Hamann shares the short take-off and landing techniques he used when flying the spectacular Caribbean coastline of the Yucatan – and reveals how they could revolutionise your flying. 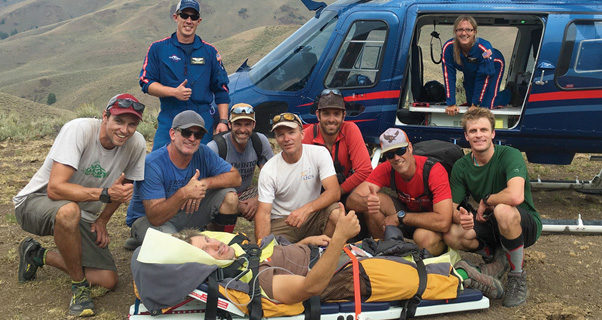 “Suddenly my radio erupts with a terrible scream … ‘I crashed! I’m hurt bad!’” Following the dramatic recovery of a badly injured fellow pilot, Gavin McGlurg reveals the anatomy of a dramatic rescue – and the invaluable lessons learned. 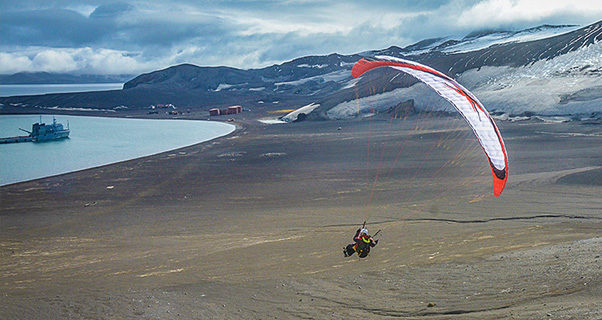 “If you see sun at breakfast, don’t expect it for lunch – it will be snowing for sure.” Can you really free-fly on the world’s most inhospitable continent? Maxime Chiron packed his paraglider and set sail for Antarctica to find out. 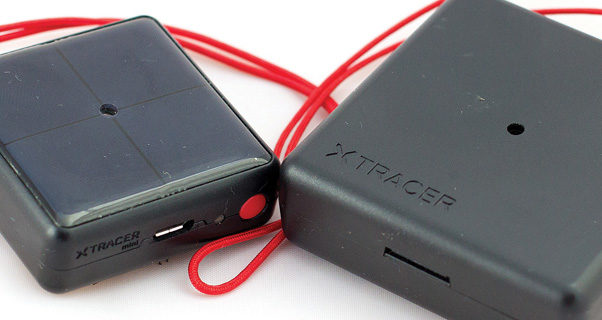 “If you are using a software instrument this makes a great add-on, giving you precise data, great audio and a logger. Even if you have a full vario/GPS this makes a great backup logger and you may find you prefer the audio from this device.” We road test the XC Tracer and XC Tracer Mini, a new generation of vario. 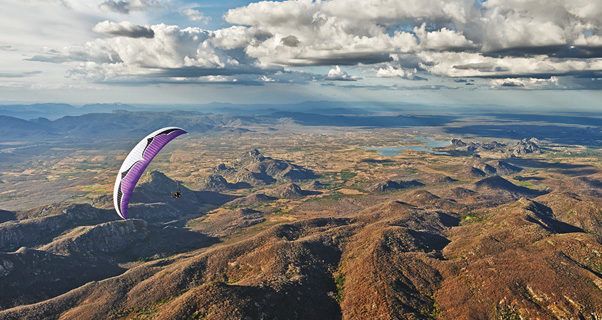 “The air now turned magic, and while the sun was getting lower and lower, I just floated along in smooth, light thermals, often helped by my friends the vultures.” Averaging a whopping 180km per day, air-junkie Koen Vancampenhoudt headed to Quixadá, Brazil to break personal bests and fly more than 300km. 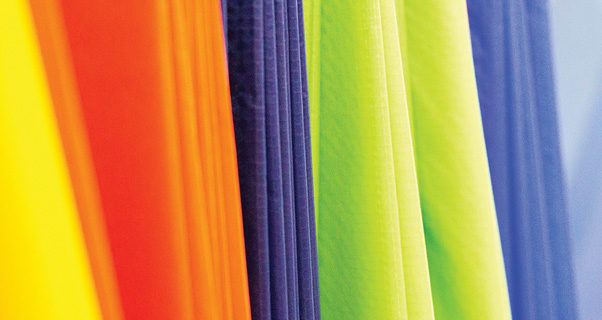 When you head out flying, fabric is probably the last thing on your mind – but without it our sport is grounded. As major manufacturer Porcher is bought by a new owner, and a number of manufacturers fret over supply problems, here’s everything you need to know…

Cross Country were on the press jury for the Coupe Icare film festival – and there were some stunning submissions. The Toll Road didn’t pick up a prize, but it was our favourite.