There is a lot of choice in the mid-B class, but the Gravis 2 can certainly hold its own. With new materials and a new design, it’s lighter than its predecessor opening up opportunities for hike-and-fly as well as XC. It has a fun nature and confidence-inspiring behaviour. 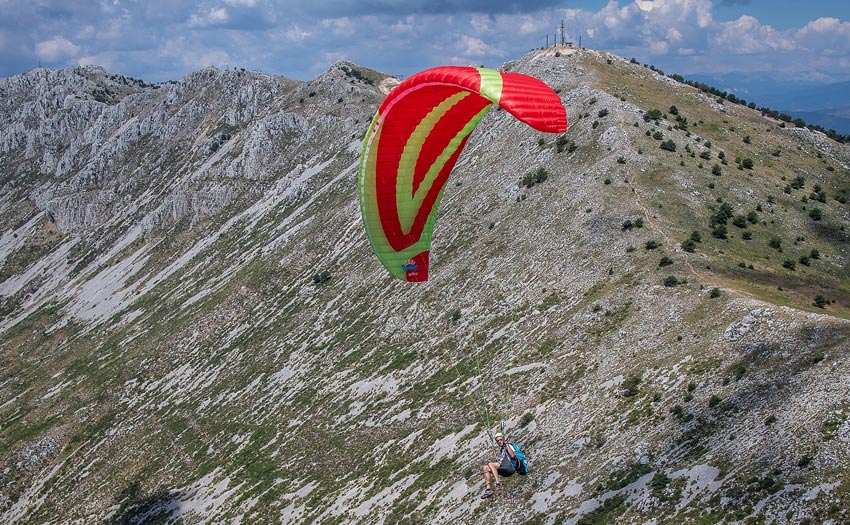 Security, comfort, usable performance and an intuitive, fun nature make the Gravis 2 a good wing on which to learn the art of XC flying. It’s also light enough for hike-and-fly or to take travelling. A great all-rounder in the mid-B sector

Three years ago I flew the original Gravis on Icaro’s home turf, near the Austria/Germany border. After a few days flying it over the lake and in slightly funky thermic conditions Ed the editor and I found the wing to be well behaved and comfortable but also with a fun, energetic side.

I have also owned its sibling, the Xenus, as my freestyle wing for the last couple of years. It has proved very forgiving, especially when flying negative manoeuvres, making it a great wing to progress into acro.

At its heart, Icaro is still very much a family-run company. The team, headed by husband and wife Wolfi and Vera Kaiser, are committed to providing their customers with a complete, almost boutique, service including a workshop for servicing and repairs, and always approach pilots with a big smile. Since our visit in 2017 though there have been a few changes, with designer Ralf Grösel taking a more central role.

The Gravis 2 is aimed squarely at the middle of the B class. Icaro’s other B gliders, the Pandion and the Buteo, sit below and above the Gravis 2 in the range. 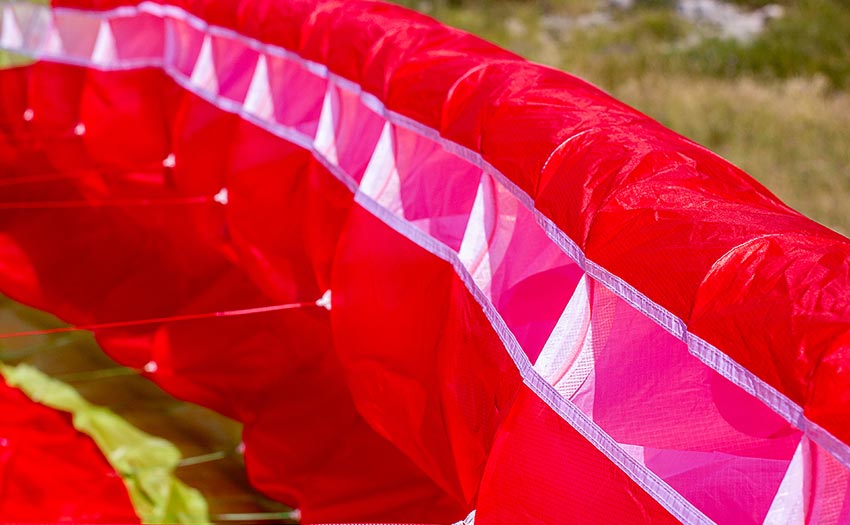 The Gravis 2 has a sharknose, the leading edge reinforcement uses a mixture of shaped nylon rods and some Mylar panels

The new design sees a moderate increase in aspect ratio, up from 5.2 to 5.4. This compares with 5.16 for the Ozone Buzz Z6, 5.19 for the Nova Ion 6 and 5.7 for the Gin Sprint 3, which is probably more comparable as the Sprint sits in Gin’s B range between the Atlas and Explorer. As well as the aspect ratio the cell count has risen with another two cells added, bringing it to 42.

Ralf, the designer, told me the Gravis 2 is not based on the original Gravis, but is a development of their EN-A wing the Falco. However, with changes to nearly every part including numbers of cells, profile, radius, and line configuration it is almost a completely new design.

“With the Falco we created a glider that is super fun to fly and performant but equipped with maximum safety. It was just logical to take this as a base and push it further,” Ralf said.

He added: “Although a glider is defined by hundreds of variables, there are ten main ones, such as canopy tension or where the pilot sits relative to the wing. Once you find a good mix of these you can create a modular system, leading to various models in the different classes. This enabled us to design the Gravis 2 and only need one prototype before we went to certification.” 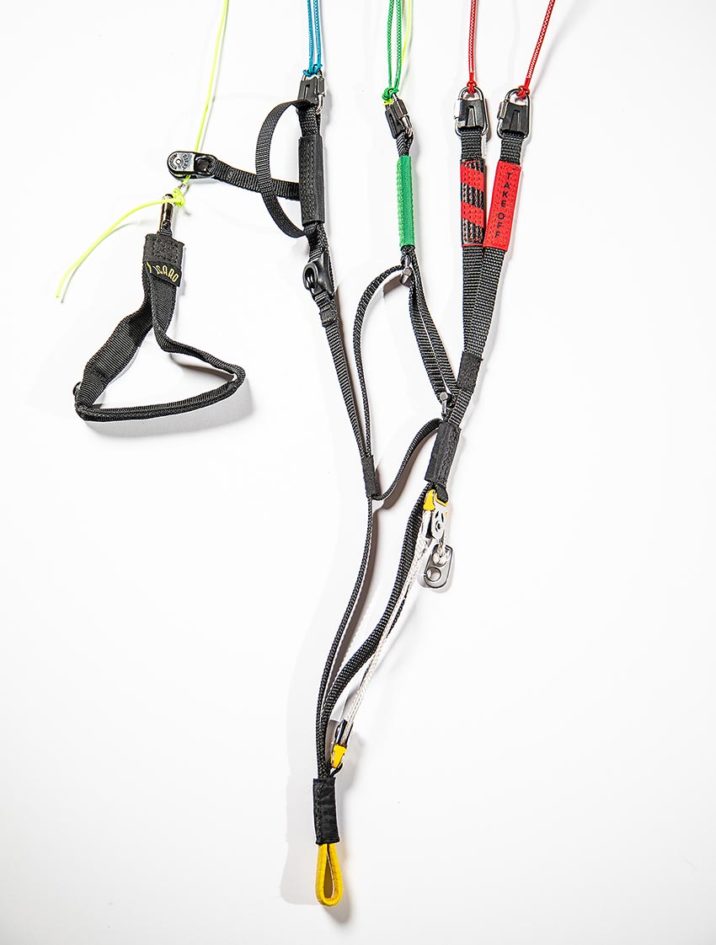 Up front there is a pretty obvious sharknose, especially if you look at the shaping of the cell walls. Like the original, there are mini-ribs both at the back and on the leading edge – there is extra stiffening sewn into the middle of cells with an extra nylon rod on the top surface. Inside, Icaro say the wing has a new profile with better stall behaviour, more stability at speed and less drag for improved performance.

Lines meanwhile are all sheathed, even the upper cascades. They are brightly coloured, which makes sorting them on launch a breeze. The wing uses a three-line setup with C and D attachments from the rear set. There are two main lines on each riser, plus a stabilo. The A-risers are split with a single main line from each.

Risers are nicely finished with good colour-coding. The brakes attach using directional magnetic keepers, which means they stay in place – you need to pull them towards you to release. The rear risers have a simple control loop, but there is no link between the rear risers and the Bs, as you see on higher-level wings. 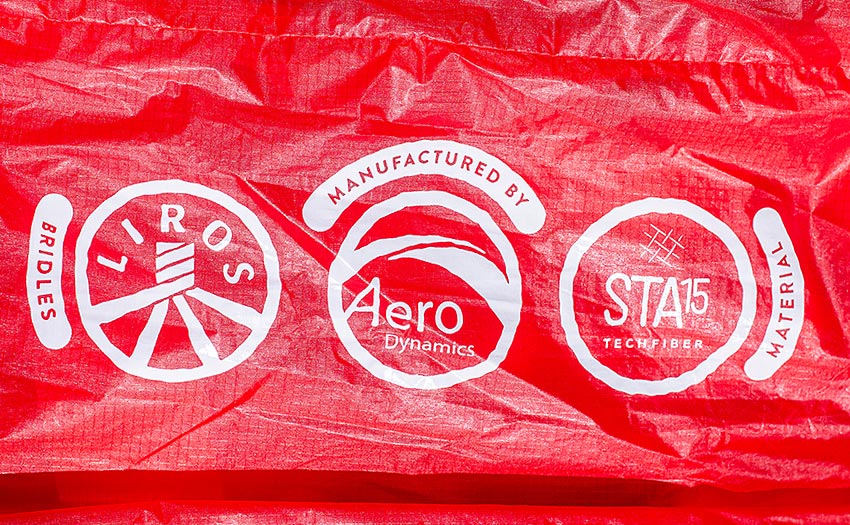 Icaro are proud of the materials, which include a change from Porcher fabric to lighter Techfibre STA15

Perhaps the most obvious change is that Icaro have moved away from using Porcher material to Techfiber STA15, which they also use on their tandem wing, the Parus 2. Icaro say this 30g/m2 cloth is the most advanced nylon fabric currently available.

Ralf has brought it across from kiting. “In kitesurfing I have worked with nearly all the suppliers of nylon and polyester rip-stop material. I got to know the company Techfiber and their sophisticated production facilities, and in my opinion STA15 has the best weight-to-strength-to-durability ratio currently available.

“For example, it is 2g/m2 lighter, and more durable, than Porcher 32, which has been a benchmark for many years. We did a lot of testing before using it on our wings and the results convinced us to start using it.”

Being lighter than the previous cloth the overall weight has been reduced from 4.5kg to 4.2kg for the M size, despite the extra cells. This makes the wing more suitable for travel and hike-and-fly-adventures, one of the reasons the company expanded the weight ranges in the smaller sizes.

But there are other advantages to using the cloth, according to Ralf. “It’s an incredibly well-balanced material. It is easy to manufacture with, which helps us create wrinkle-free wings.

“The lightness gives a glider that responds quicker and on the other hand the material gives some damping, like air-ride suspension. Where Dokdo has cost benefits, STA15 is comparable in price to Porcher cloth, but we feel it has better overall performance.”

As with all Icaro gliders, the colour design uses a section of their Edelweiss logo, with a choice of two main colours. 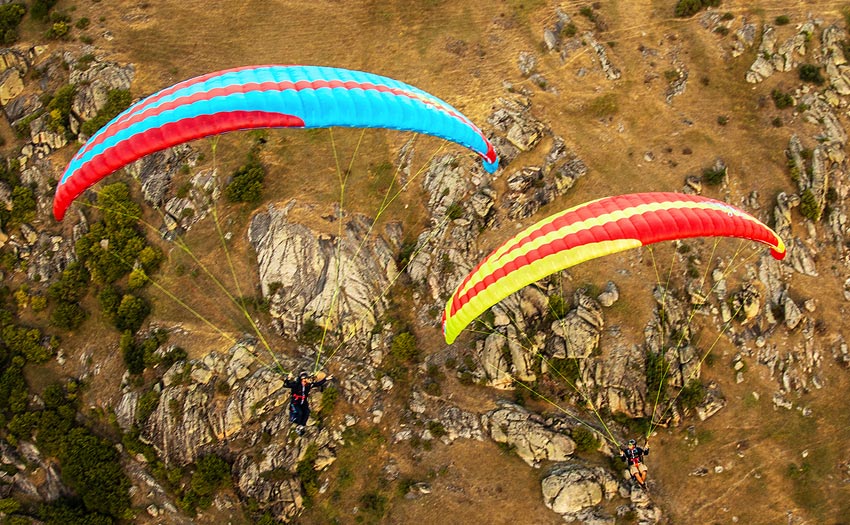 Icaro’s colour schemes and designs are cleverly thought through. Each glider series has its own design, but they all come from Icaro’s company Edelweiss logo. Icaro gliders are always identifiable in the sky. Photo: Icaro Paragliders

On launch the wing has the same friendly behaviour as its predecessor. It rises smoothly with no sitting back, but without much need to control overhead. It certainly flatters your technique. I found the same easy characteristics in thermic winds and light conditions. Like the original the wing is best launched with the inner As: they are handily labelled with the words “Take-off”.

In the air the brake pressure feels moderately heavy – you can definitely feel the contact point. However, they are quite responsive and you can control the wing precisely. There is a good brake range, so the heavy handed won’t get bitten. It’s not overly sensitive in roll like some of the wings in this class can be.

The wing is fun and, when you want to, it can be banked up. In weaker lift being lighter-handed will keep things nice and efficient. I took one thermal towards the end of a day where just keeping it circling within the lift paid dividends; I was able to keep the wing flat without feeling like I would be pushed out and, despite being at the top of the recommended weight range, was able to waft my way up the weak lift while others couldn’t.

With the end of confinement in France came strong conditions with lots of instability, often meaning we had to fly in windows before the clouds got too big. This made for quite bouncy conditions at times, but the new Gravis 2 proved to be equally as secure and relaxing to fly as the original. It absorbs the turbulence and doesn’t get bullied by the air: all very confidence inspiring.

When pushing into wind I did find it could balloon a bit up the lift, then needed to regain airspeed, but this was only really noticeable when pushing low through a col. Adding speedbar smooths this out and tightens things up. Cruising along our normal ridge run, the wing held its own amongst the mix of club gliders.

Going on bar gives a useful 10km/h or so extra speed and it all feels very useable. I didn’t feel the need to make use of the rear-riser loops as the wing didn’t make any big pitch movements, even when flying our regular convergence zone. I took it on a 30km local triangle on a day that wasn’t the best conditions and the performance level of the wing made exploring possible.

The reduced weight of the glider opens up the possibility of hike-and-fly as even the M size I flew fitted into our Sky Crux hike-and-fly harness with a front-mounted reserve. I carried it to the top of our local mountain on a day that didn’t promise much, but conditions improved and by the time I took off the day was working well.

Even with lighter kit than normal the wing still flew well and I didn’t really notice the lack of weight in flight, just on the hike up. Thermals proved to be pretty strong, with consistent 5m/s climbs to the airspace above, and the wing handled the conditions well and remained secure feeling: just what you need when sitting in a skimpy harness. 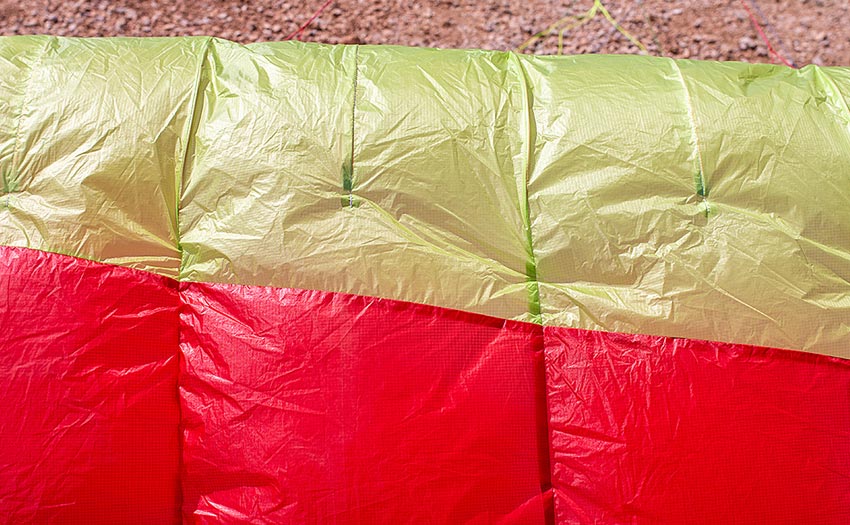 Despite the slightly boisterous conditions during the review period I didn’t get any collapses. Pulling a few test collapses high over the valley I found it took quite a bit of effort to get a big collapse. Holding in the collapse, the wing was easy to counter-steer. As soon as the collapse was released it rolled out quickly without any input.

Big ears are easy enough to pull with the split-A risers and fold under nicely without any flapping. They can be used with bar to move away from lifting air and pop out once released.

The wing has a nice dynamic side to it. I played with wingovers as well as asymmetric spirals and it was intuitive and easy to get up on a wingtip with no nasty surprises. I wondered if we would see a Xenus 2 coming soon and got a “could be” from the designer.

Despite being an all-new design it feels like the Gravis 2 is very much an evolution of the original Gravis, retaining its fun nature with confidence-inspiring behaviour. The new version keeps all the strengths and brings with it increased performance.

This is a wing that you won’t outgrow very quickly, it will be a great companion as you leave your local hill and start to learn to fly XC. The security and comfort mean you can concentrate on acquiring new skills without being overloaded by the wing.

I asked Ralf what he was most proud of in the new wing, and he said, “the ratio of performance to safety, which I think is outstanding. I love the fun and performance it delivers. It’s my wing of choice.”

For the rest of us, there is a lot of choice in this class – and the Gravis 2 can certainly hold its own.

This review was published in Cross Country issue 213 (September 2020)