Tanguy Renaud-Goud won the 2018 edition of the Airtour, completing the 376km hike-and-fly race in seven days.

In all, six athletes in the competition category completed the course, all within three hours of Tanguy.

The race started on 10th June 2018, with terrible weather forecast for the first few days. Three separate courses had to be followed, blue, green and red, the total distance amounting to 376km (straight-line distance between turnpoints) to complete the tour. 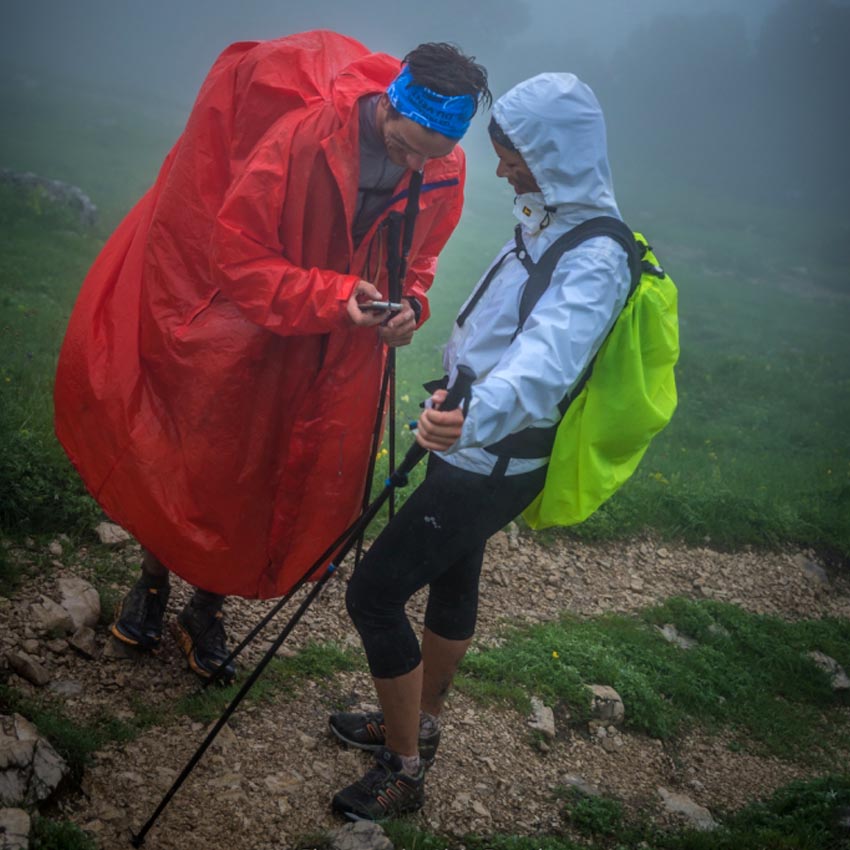 This year’s “remix” version had an Adventure category, as well as the Competition one. The adventure category was not ranked, and pilot and supporter could switch roles each day if they chose to.

“This year’s edition was the longest and most difficult yet”, wrote Damien Lacaze. It took seven days to complete the course that could be won in two or three days with the right conditions. The tough conditions – days of marching on roads in the rain, battered by winds with a soggy kit bag and wet feet, the only glimmer of hope the odd top-to-bottom between showers – may have explained the high drop-out rate.

Organisers awarded a half-day rest on the Wednesday morning to give everyone a chance to recover slightly, and from Thursday the weather improved somewhat, finally allowing some flying. The event was won on Saturday morning by Tanguy, who took off from the west side of the Belledonne, crossed to the east faces of the Chartreuse and tagged the Dent de Crolles before flying into goal at Saint Hilaire. 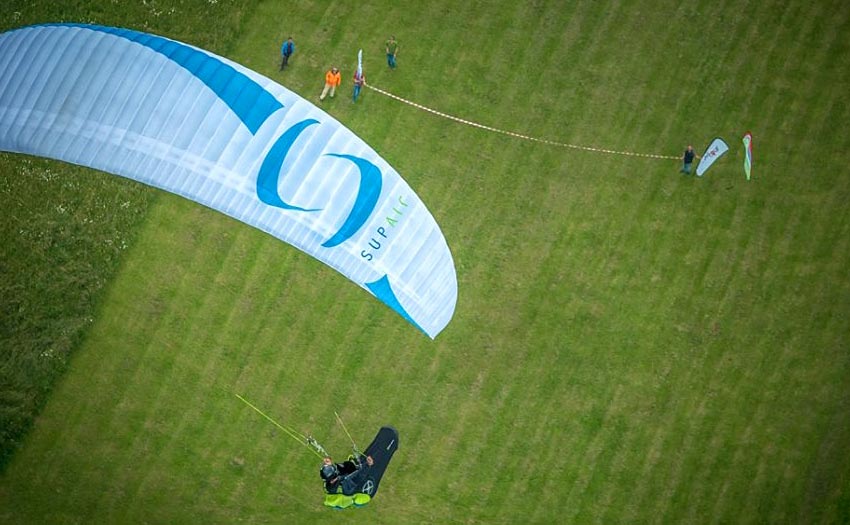 Tanguy flies into goal, winner of the Airtour 2018