The FFVL have issued a warning for tandem pilots to keep their spreader bars in good condition, following a tragic double-fatality earlier this week.

A tandem paraglider pilot and his passenger both died in an accident at la Chapelle d’Abondance in the Haute Savoie region of France on Tuesday 14 July 2020.

The FFVL, France’s free flight federation, reported that the tandem spreaders failed at the main karabiner attachment point. Both pilot and passenger were completely separated from their wing. Witnesses report that the pilot threw the reserve, but that also failed. It is unclear why.

After falling 200-300m, the pilot and passenger crashed onto the roof of a chalet. Both died on impact.

The pilot was experienced paragliding instructor Christophe Lombard who lived in Morgins, Switzerland, and his passenger a French holidaymaker. Both were aged 48. 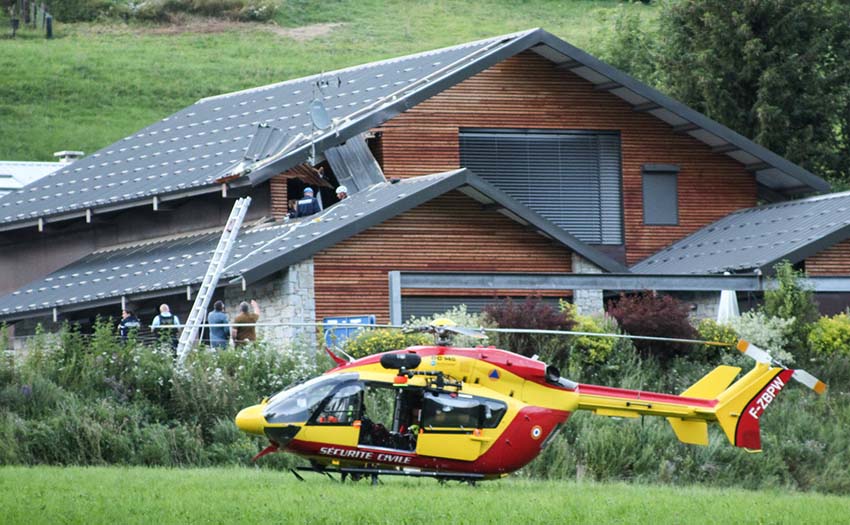 The FFVL’s initial report said that the spreaders were probably weakened by age.

In response to the accident, they have recommended that tandem pilots should regularly check the condition of their spreaders for signs of wear, particularly at the karabiner attachment points.

They advise that spreaders should be replaced every five years or 500 flying hours.

Our thoughts are with the family and friends of both Christophe Lombard and his passenger.