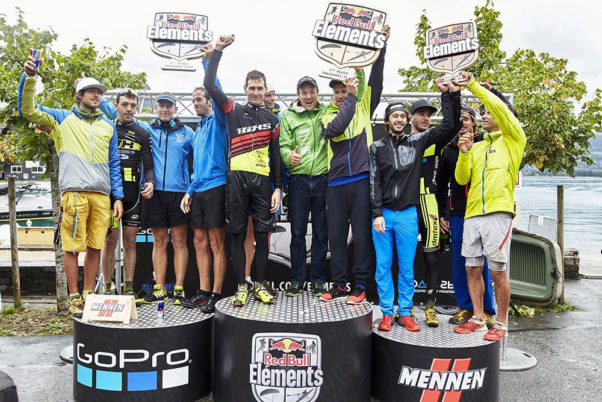 This year’s four-discipline relay race was battled out by 58 teams in grey and rainy conditions, with some of the events, most notably paragliding, having their courses altered for safety reasons.

The paragliding event, which follows the rowing and trail running, became a footrace from Perroix, the Planfait landing field, up to Planfait launch for a fly-down with a tiny-raft spot-landing on lake Annecy. The pilots then handed over to their team’s mountain bikers for a slippery final event.

Aaron Durogati of Team Mennen was the fastest in the paraglider event, completing the course around half a minute quicker than Chrigel Maurer, in just over 22 minutes (up and down!).

The final scores for the four events combined were very close, and the order changed slightly after each element. In the end, the Swiss Team won with a time of 3:08; Team Mennen were second, three minutes behind, and Team Bull’Dozer third, just two minutes after that.

(The full results listings are here)