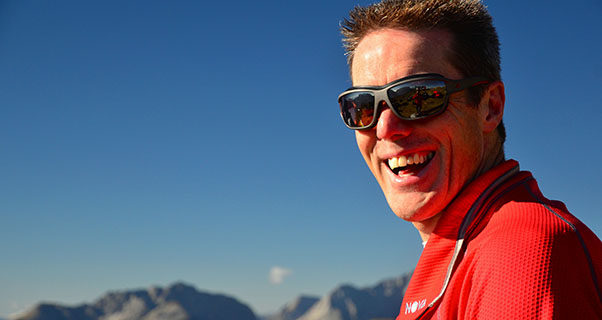 Steve Nash, a British paraglider pilot, has tragically been killed while on a flying expedition in Mongolia.

The 53-year-old pilot was on a vol-biv adventure – Spiralling the Steppes 2 – with his friend Gareth Aston, when it appears he was attacked by unknown assailants at about 1pm local time on 31 August 2016.

The pair were half-way through their trip, which involved hiking and paragliding through the Mongolian mountains from Uliastai to Tsetserleg, a straight-line distance of about 400km.

Steve’s friend Malcolm Grace in the UK explained: “[Steve’s wife] Shirley and I were first concerned when it was seen that Steve’s Spot tracklog was not updating and there was no end-of-day ‘OK’ message. The last track-point showed him stopped in the middle of a valley.”

A Spot is a satellite tracking device commonly used by pilots in remote areas. It updates every few minutes and the Spot track can be followed online.

“Some hours later we got the devastating news from Gareth that Steve had been killed and robbed. His passport and his money were missing. Everything else was still there, including his paraglider – packed in his backpack.”

Flying in Mongolia in 2006. Photo: Spiralling the Steppes 2 / Facebook

Steve had flown in Mongolia before, and had returned with Gareth with a plan to traverse the Khangai Nuruu mountain range in central Mongolia. About 400km west of capital Ulaanbaatar, the grass- and forest-covered Khangai Nuruu reach 3,900m at their highest point.

The plan was to complete a crossing of the mountains by hiking and paragliding, staying out overnight at bivouac camps, or with local people along the way.

“Steve and Gareth first tried to cross the Khangai Nuruu 10 years ago, but despite trying hard were thwarted by poor weather and strong winds,” Mal explained. “At the time the two pilots were flying in areas where few, if any, had flown before.”

He added: “In August this year they were going back to try again – this time armed with more experience, lighter hike-and-fly equipment, and by choosing to go one month earlier than last time, hoping for better conditions.” 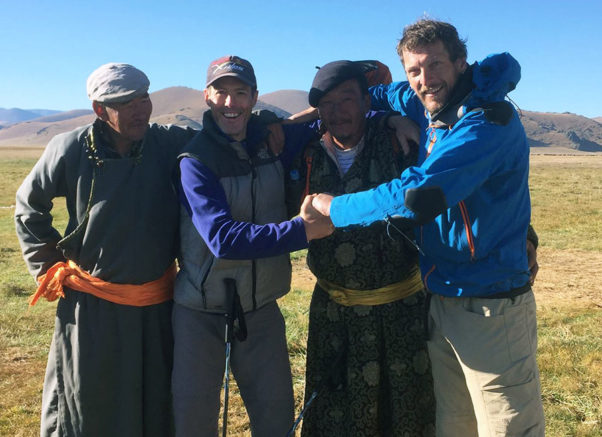 Steve Nash, second left, and Gareth Aston, far right, on the morning of 31 August, with their hosts from their overnight stay on 30 August. Photo: Spiralling the Steppes 2 / Facebook

The pair were halfway through their trip when an old injury forced Gareth to retire, and the decision was made for Steve to carry on by himself.

Posting to the expedition Facebook page, the pair said they spent the night of 30 August in a Mongolian ger (yurt) with locals when the decision was made for Gareth to retire. They used a satellite phone to call for support and at 9am on 31 August a 4-x-4 from a local trekking company picked up Gareth, and Steve continued on his own. He had seven days worth of food with him and was well prepared. Not long after that, the alarm was raised.

Investigations in Mongolia are ongoing. A Foreign Office spokesman speaking on behalf of the British embassy in Ulaanbaatar said: “We are in contact with Mongolian authorities regarding the death of a British national, and are providing support and advice to the family at this difficult time.”

Steve was a dedicated adventure pilot, and had competed in the Red Bull X-Alps twice.

A key member of the Nova Team, Nova Team Pilots were told of his death earlier this week.

In an email to Nova pilots, Nova’s Till Gottbrath said the news was “devastating, unbelievably sad”. Paying tribute to Steve he said: “We have lost one of our best. Steve was not only a fantastic pilot and outstanding athlete, he was the role model of British Gentleman: polite, helpful, open-minded, positive. Those of you who know him better will surely confirm this.”

Steve’s body is due to be repatriated to the UK next week (week starting 12 Sept 2016). Funeral details are still to be confirmed.

The family have asked that donations in Steve’s memory be made to the Wings for Life – Spinal Cord Research Foundation, and the Llanberis and Ogwen Valley Mountain Rescue Teams in Snowdonia, Wales.

Donations can be made through Steve’s former fundraising page at Just Giving.

Steve Nash was a friend of Cross Country Magazine and those who work here. We echo the thoughts of others who say the news is unbelievably sad and send our sincere condolences to his family and wide circle of friends