Ear-to-ear grin: Sebastian Brutscher enjoying the flight after climbing the north face of the Matterhorn
News

On 23 October, German mountain guide Sebastian Brutscher climbed the Matterhorn’s north face via the Schimd Route and flew from the 4,478m summit.

The Matterhorn straddles Switzerland and Italy, and the Schmid route is a mixed rock and ice climb on the north face. 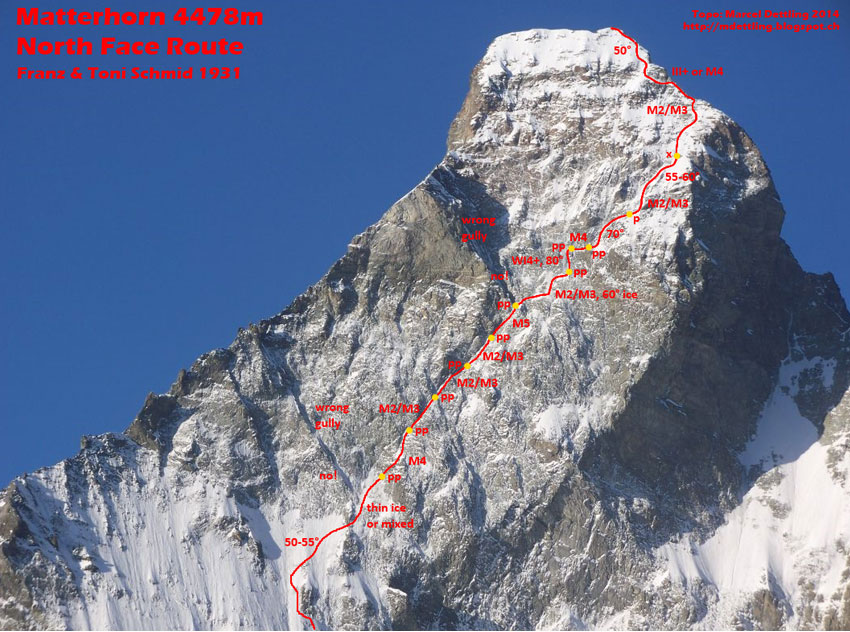 He climbed with fellow Nova pilot and mountain guide Erdmann Käppeler, but Erdmann chose to descend part-way and launch from the Hörnli Hut at 3,260m.

“After a short night at the Hörnli Hut, Edi and me started to climb the Schmid route on the Matterhorn north face at around six o’clock. Our backpacks this time also contained our paragliders.

We reached the summit late at noon. Contrary to the forecast, an easterly wind was blowing, which made the take-off conditions a little more difficult. Edi decided to descend back to the hut via the Hörnligrat (ridge). For the take-off, I laid out my Nova Bantam on the Swiss summit just above the Madonna on the ridge and waited for suitable wind to inflate the wing. When I could control it properly and hold it above me, I launched and glided out over the overhanging east face. 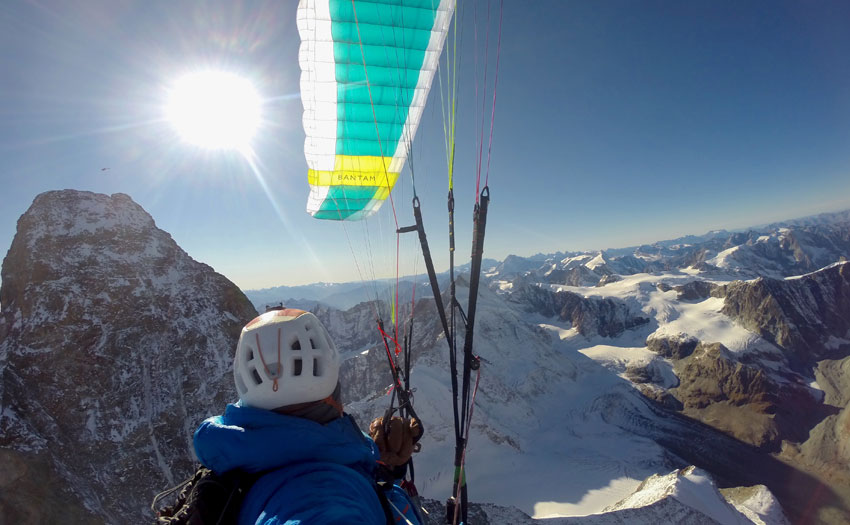 Sebastian on his Nova Bantam, enjoying the views

During the flight, I enjoyed the views of the north face and the Matterhorn for a while until I finally landed near the car in Täsch. Later, Edi managed to launch from the Hörnli Hut and was also able to land in the valley with his Nova Doubleskin in the early evening”