Pierre Carter has completed the fourth summit of his 7Summits7Flights quest, with a successful flight from Carstensz Pyramid (4,884m) on 11 December 2018 with Nico Hickley.

The pair carried their gliders to the summit of the highest mountain in Oceania but there was nowhere to lay out a wing on the top or anywhere along the ridge and they had to descend to a rocky shelf about a third of the way down the mountain to find somewhere they could launch. It was not the easiest of launches, rocky and with a light side-wind, but the pair both flew down safely. 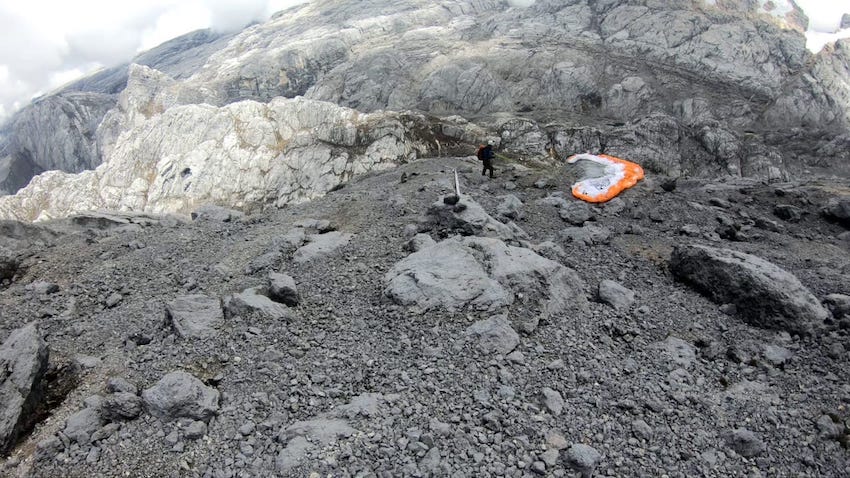 Pierre said the ascent itself was not that difficult and was a big via ferrata, but “the weather was the main problem”. The attempt was initially planned for 2017 but Nico broke his leg which delayed their departure, and then separatist fighting made it too dangerous to go.

When they were finally given the go-ahead to make the attempt, it was under the proviso that they choppered in and did it as quickly as possible. It’s usually a four or five-day walk to base camp which allows people to acclimatise, but Pierre and Nico were delivered by helicopter from sea level to 4,000m, and then had to start the walk to the summit at 3am the following day in order to beat eminent bad weather. 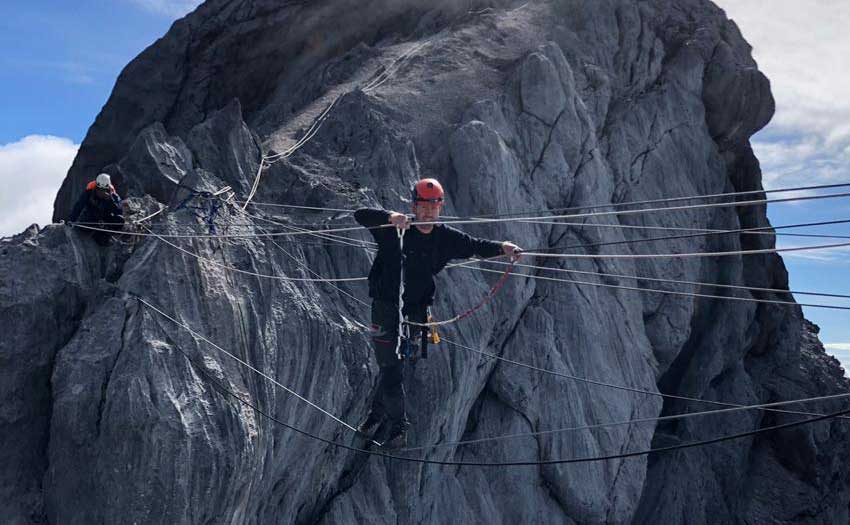 Nico on a wire bridge

Pierre and Nico are thought to be the first pilots to have flown from Carstensz Pyramid. Zeb Roche and Claire Bernier flew from Kosciuszko as their seventh peak in their Seven Summits quest by tandem paraglider in 2002.

New Zealand, or Zealandia, was declared a continent in 2017 too, Pierre explained, so he and Nico will now be heading to Australia to fly Kosciuszko, and then to Mount Cook (3,724m) in New Zealand! So seven summits has become nine!

South African Pierre, who is one of the directors of Between Heaven & Earth (the power behind the X-Berg Challenge and Paraglide Kilimanjaro and a former Red Bull X-Alps athlete) is now well on his way to completing the extended challenge. Still to do are:

And ticked off already are: 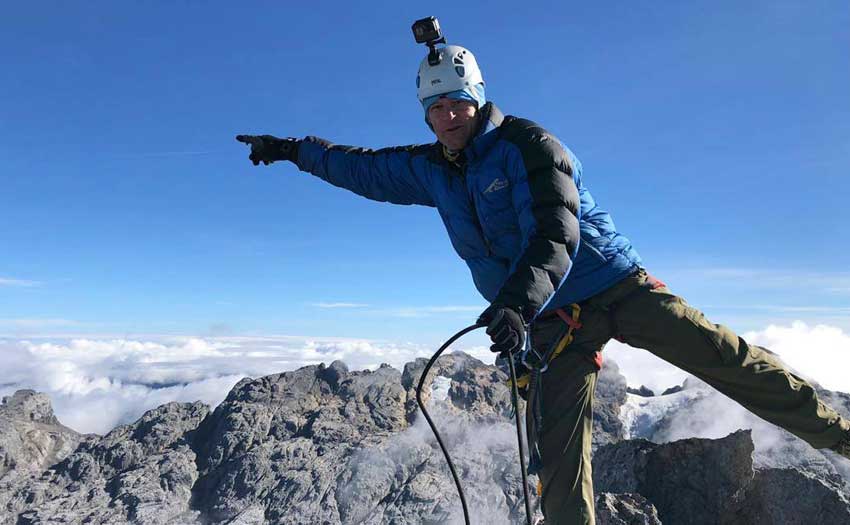 Pierre Carter on the top of Carstensz Pyramid