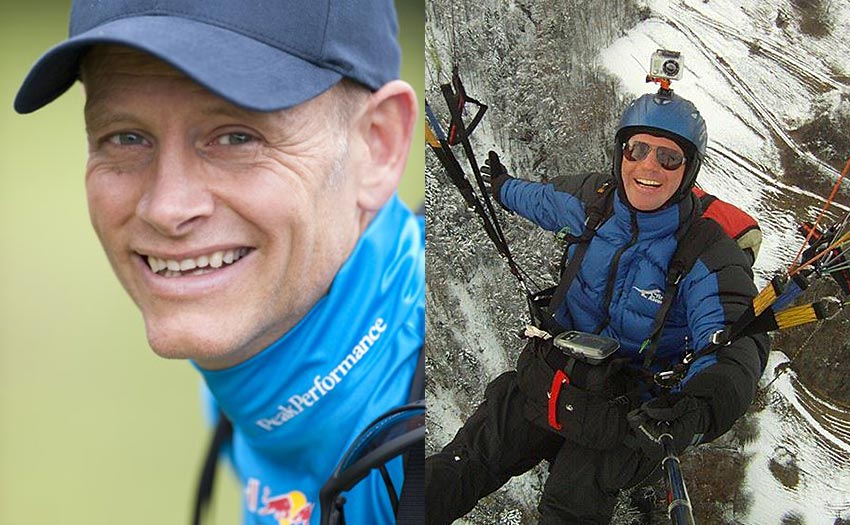 Pierre Carter and Jeremy Holdcroft set off on 16 December 2017 on an unsupported mission to hike-and-fly around the perimeter of Lesotho, a landlocked kingdom encircled by South Africa.

Pierre Carter, who is part of the Paraglide Kilimanjaro team and a former Red Bull X-Alps athlete, along with fellow South African Jeremy Holdcroft, started their journey from Witsieshoek Mountain Lodge. They estimate the total distance covered around the circuit, which takes in four turnpoints, will be around 1,000km and hope to achieve it in around two weeks although the time it takes will depend very much on the weather.

Pierre wrote on his Facebook page, “At the moment the weather is not looking good and it looks like we will be walking the first 200km”. He added, “We know this is not the right time of year to attempt this, but it happened to be the best time in terms of work for both of us”.

They are calling their adventure ‘Beating the bulge and breaking the knees’. We hope no knees get broken in the attempt! You can follow their progress on Livetrack24.com 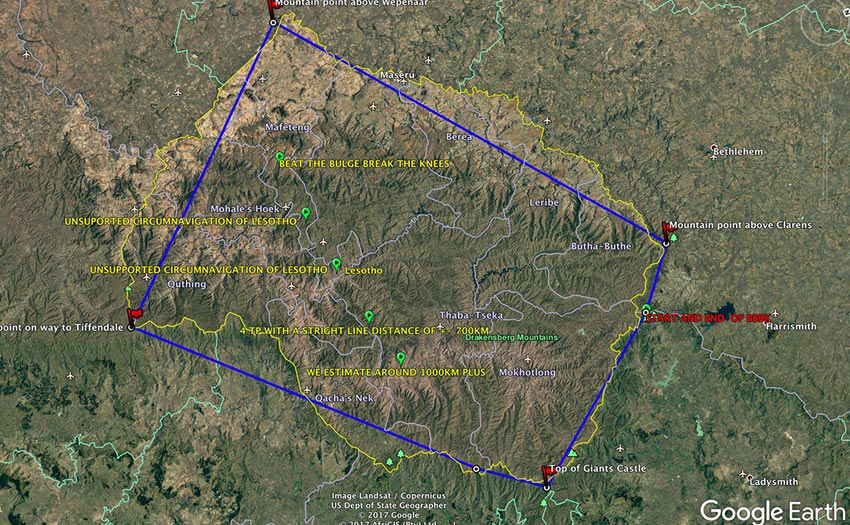 Click on the image to track Pierre and Jeremy on Livetrack24