The glider of missing paraglider pilot James Kiwi Johnston has been found – but there is still no sign of the pilot.

The wing, an Ozone Zeno, was found tangled around bushes about 16km downtrack of Kiwi’s last known point in an area known as Nine Mile Canyon, south of Eureka, Nevada. 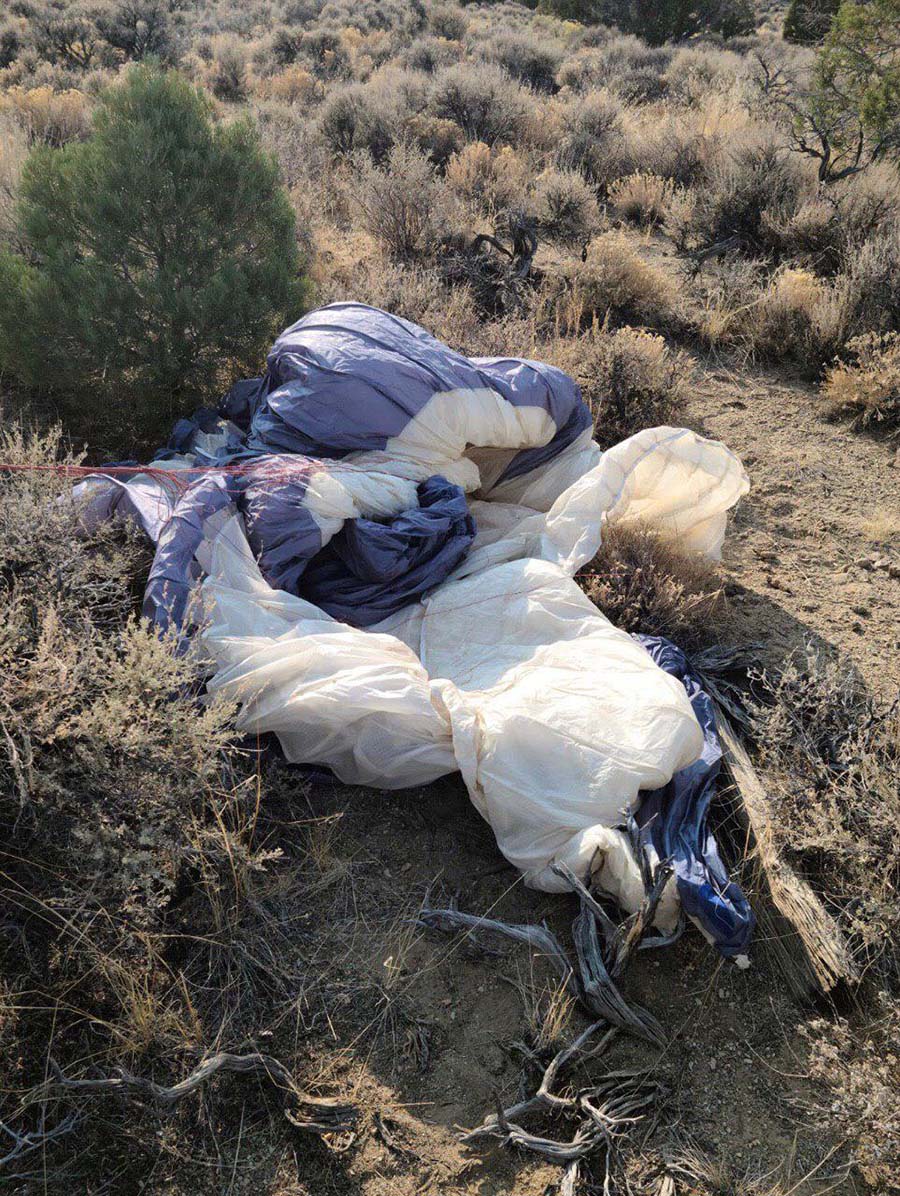 The spot is around 200m off his predicted flightpath and close to a dirt track. The harness was not attached to glider and was missing. There was also no sign of Kiwi Johnston.

Kiwi has been missing since Saturday 22 August 2020. His satellite tracker reported his last known position 6,000ft AGL at 2.14pm, and he did not make contact with his flying friends that evening. A ground and air search was mounted, and a GoFundMe page raised $97,000 to help pay for the air time. The official search was suspended on 29 August when all efforts failed to locate him.

However, a small ground crew have continued searching, supported by scores of pilots around the world looking at satellite imagery.

Posting on the search team’s GoFundMe page on Thursday 17 September search team member Amanda Jane shared the news and asked for more help in searching satellite images: “We have incredible news to share today that Kiwi’s wing has been located! Thanks to Shannon and his friend Peggy who were passing through the area and called our number after seeing the flyer posted, recalling they saw a parachute billowing in the wind.

“The unrolled chute is indeed James’ wing. The Sheriff along with Bill Belcourt (PG Pilot & SAR Grounds lead) are on the ground now assessing the glider and searching the immediate area.

“The satellite imaging team has located the correlating coordinates from the glider wing location and is beginning a focused search in the area the wing was found for other signs of James or his reserve. There is no harness attached to the wing, so it may have been separated from him during or after flight.

We will report any more confirmed news here.