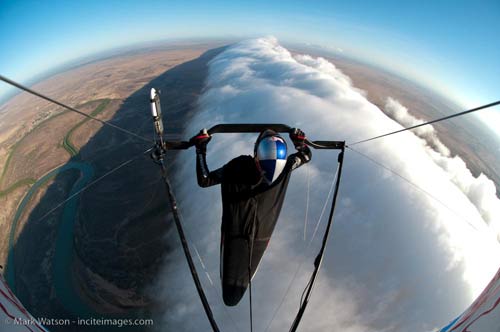 Jonny Durand has released film from his flight along Australia’s famous Morning Glory.

Jonny is well known for producing hang gliding movies, which he punctuates with a wry, often self-deprecating humour.

The Morning Glory film is surely one of the best. It has been picked up and broadcast in his home country, and has received world-wide attention through MSN.com.

Jonny has been camped out in Northern Queensland waiting for the right conditions to fly the wave cloud. He got his wish on Monday 21 September, when he flew the cloud for 68 km and one hour and 40 minutes.