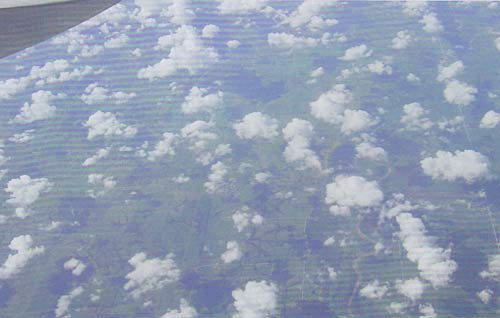 In XC 77, Bruce Goldsmith brought a sailplane theory on flying cloudstreets to the hang gliding and paragliding community. That lesson is no less valuable today…

I first found out about the hexagon theory of cloud formation in 1992. It helped my own understanding of the sky and improved my XC flying significantly. I wrote an Icaristics about it at the time. Since then I have always had it in the back of my mind when looking at cloud formations. Recently I was flying in an airliner over Colorado, USA, when I spotted some really nice hexagon theory clouds and I could not resist taking some photos.

THE SAHARA CONCLUSION
Let me start by explaining the Hexagon Theory from the beginning. In the 1980s there was a group of French meteorologists who went on a trip to the Sahara to study the way that clouds form in a region with no thermal sources. The desert they studied was covered with small sand dunes and there were no other significant features. The sand was a uniform colour and there were no mountains or hills to form or trigger thermals. When the atmosphere was unstable the thermals still set up in the way you would expect, but they had some rather astounding conclusions. They concluded that in nil-wind conditions, the thermals form along the edge of hexagonal patterns. These hexagons are regular in shape with the length of each side being 6 km.

CELL CIRCULATION
Imagine a saucepan of water on a stove to boil. As the water boils it will form bubbles that rise in the same way thermals rise through the atmosphere, and these bubbles will rise in some areas and the water will also flow down to the bottom of the pan in other areas, thus forming cells of water that circulate. The size of these cells in a saucepan is of course only a few centimetres across, but in the atmosphere the same type of thing happens on a much larger scale. The exact length of the sides of the hexagons will of course vary according to the density and viscosity of the air. The height of the cloudbase and the strength of the thermals will also be important factors, but you can understand the principle.

IMPLICATIONS FOR PILOTS
This has important implications for pilots flying in cloud streets over flatlands. Firstly it means that cloud streets do not go on forever, but are of limited length and fit together into an elongated hexagonal grid. Secondly it means that if you are flying downwind and come to the end of your cloud street, then you should not continue to fly directly downwind to find lift. The theory suggest that you should turn 60 degrees away from your downwind flight path and fly cross wind for approximately 6 km where you should find the beginning of the next cloud street, if all is going according to theory. 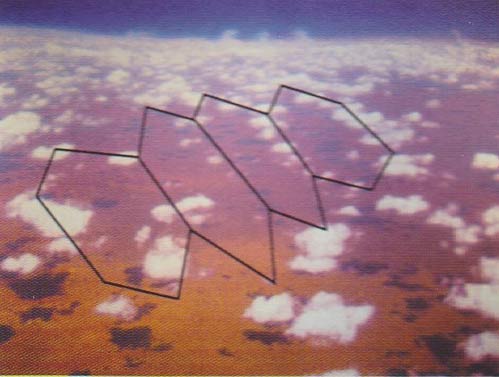 BLUE HOLES
The hexagon theory also explains why you get “blue holes”. These are simply the middle of the hexagons. I used to think that if you flew into an area of blue sky where the sun was heating the ground strongly then you would inevitably be rewarded with a nice thermal. I soon found out that this idea did not work well and I ended up too many times on the ground looking downwind at amazing skies due to landing early. The hexagon theory says that the air is flowing downwards in these blue holes and so even though the sun is heating the ground it cannot overcome the downward flow of the air.

MOUNTAINS
It is important to understand that the hexagon theory should only be applied over flatlands. Mountains are such strong thermal sources that they destroy the application of the theory, but what I find interesting is that it explains why some thermal sources may work and why others may not. If you have two thermal sources of the same strength, then the one that lines up with the hexagon pattern is going to be the one that works and the one in the blue hole will not work, even though it looks so great.