German pilot Peter Renner has pledged to do 365 hike-and-flies in 2019, the equivalent of one a day, to raise money for children’s charity Unicef.

Peter, who is 58 years old, was inspired by Red Bull athlete Michael Strasser who cycled from Alaska to Patagonia in 2018. Peter says that despite having had a 20-year period in his life where he did virtually no sport, he is now mountain fit. He has been paragliding for 30 years, so hike and fly is his ideal sport for the challenge. He intends to “go full throttle”, pushing himself to his limits to raise money for the charity.

In order to count towards the challenge, a hike has to have at least 300m ascent (and be followed by a flight down) but he is aiming for an average of at least 500m. This means that 365 hike-and-flies will total around 180,000m ascent. His target is to raise 10 cents per metre climbed, €18,000 for the charity.

In an ideal world he would do one trip a day, but as the weather is very unlikely to allow for flying every day, he will be doing multiple hike-and-flies on many days.

The hikes will be documented on Movescount / Strava, and the flights on DHV XC. 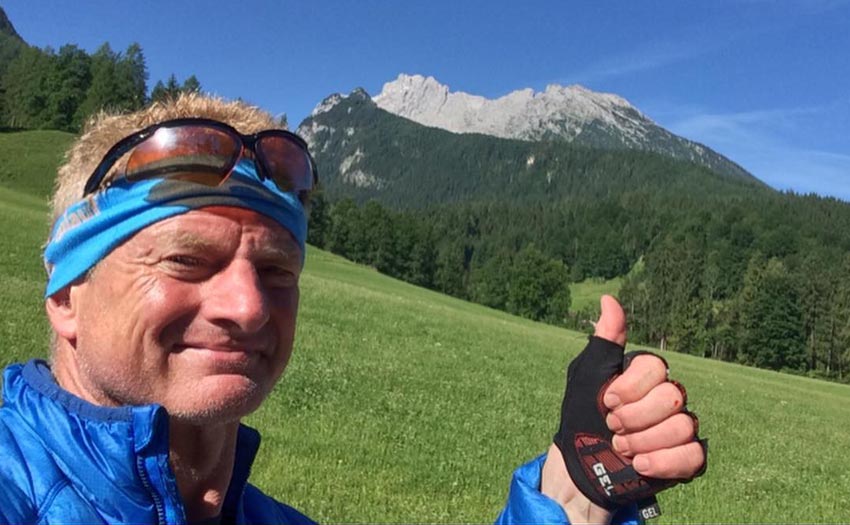 If you would like to help Peter reach his target, you can make a donation on unicef.de.